We view the findings of this study to be very encouraging. Because the amount of weight loss does not seem to impede the sustained remission of many obesity-related complications, the study supports the myriad benefits of bariatric surgery for severely obese teens. These patients are often able to stop taking medications for Type 2 diabetes and high blood pressure following surgery. In doing so, not only does their quality of life dramatically improve, but no longer incurring the cost of managing such complications can offset the cost of surgery over time.”

In the study, Derderian and colleagues compared rates of remission of obesity-associated complications among two groups of patients: those who experienced less than 20% total body weight loss five years after surgery and those who experienced 20% or greater total body weight loss over the same time period. All 192 study participants were part of a multi-center study led by researchers at Children’s Colorado known as the Teen-Longitudinal Assessment of Bariatric Surgery (Teen-LABS).

“In looking at the relationship between the extent of weight loss and health benefits obtained, it is clear that patients’ health improves regardless of whether or not they sustain high levels of weight loss long-term following surgery,” said Thomas H. Inge, MD, PhD, Teen-LABS principal investigator, and director of pediatric surgery and the bariatric center at Children’s Colorado. “While this study is incredibly promising, additional research is needed to determine if the same benefits are seen in patients who only sustain weight loss of five to 10% over time. Nevertheless, this study supports the recognition of bariatric surgery as the most effective intervention to promote significant and durable weight loss in adolescents with severe obesity.” 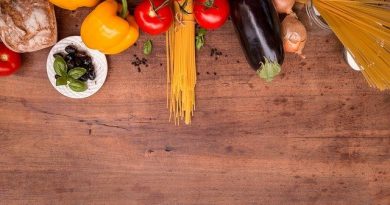 U.S. reports record Covid hospitalizations as states roll out restrictions ahead of Thanksgiving