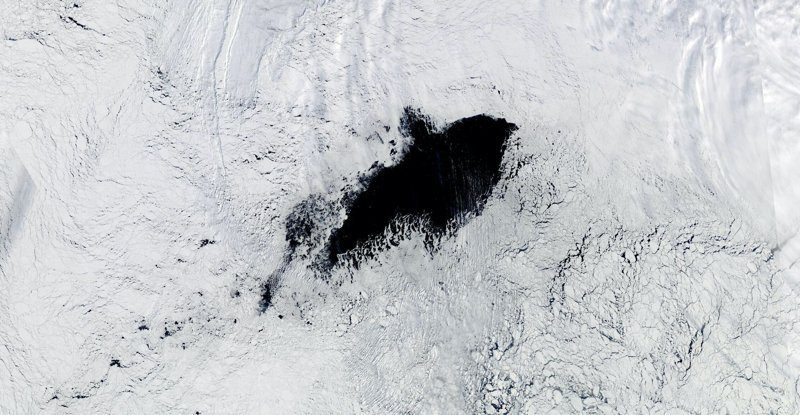 It appeared in 1973, seemingly out of nowhere: a hole in the sea ice off the coast of Antarctica. But this was no ordinary hole. It was so big it could swallow California.

The mysterious opening remained in place for the following three winters. Then it seemed to largely disappear before emerging again in 2017, with a giant maw the size of Maine.

This giant hole with a sometimes state-sized appetite is what’s called a polynya – an area of open water surrounded by sea ice, kind of like the opposite of an iceberg.

But the mysterious Weddell Polynya – occurring above the oceanic plateau of Maud Rise, in the Weddell Sea waters of the Southern Ocean – is a rather extreme example of this environmental phenomenon. Why it opens up so dramatically and yet so infrequently has long puzzled scientists.

Last year, researchers suggested that it required the coincidence of a range of climate anomalies all coming together at the same time for the Weddell Polynya to open up with such abandon.

Another study from 2019, led by atmospheric scientist Diana Francis, proposed what one such anomaly was: scars from severe cyclones produced by atmospheric circulation, which can pull floating sea ice in opposite directions and away from the eye of the storm, creating the giant opening.

Francis, now a senior scientist at Khalifa University, UAE, has just led a new study that sheds light on another, related contributor to the phenomenon that’s been overlooked until now: atmospheric rivers of warm, moist air.

In the new research, Francis and her team analysed atmospheric data going back to the 1970s, and found that these ‘rivers in the sky’ likely played a “crucial role” in the formation of the Weddell Polynya events of 1973 and 2017, with strong, persistent flows evident in the days preceding both occurrences.

“I was surprised to see an almost immediate melt in the sea ice covered by the atmospheric rivers during the coldest months of the year in Antarctica,” Francis told Nature Middle East.

The researchers say that atmospheric circulation transported a belt of warm, moist air all the way from the coast of South America to the polar region, inducing melting through a combination of effects, including: the release of heat in the air mass; a localised greenhouse effect created by water vapour; and contributions to cyclone dynamics.

“The atmospheric rivers also make the storms more intense because they provide more water vapour. They are linked, not independent,” Francis explained to New Scientist.

It’s unlikely to be the last word on what gives rise to the Weddell Polynya’s monumental meltdowns, but the new insights do broaden our understanding of what’s making the giant hole appear.

Given both atmospheric rivers and cyclones are predicted to increase in severity with global warming, this strange opening off the coast of Antarctica is something we might observe more often, but we’ll have to wait and see.

The findings are reported in Science Advances.

Pence says he hopes for orderly Brexit amid showdown 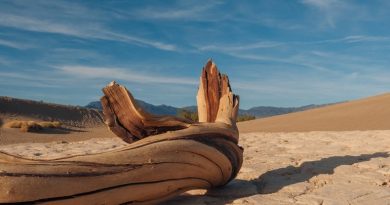