Children and adults produce different types and amounts of antibodies in response to infection with the new coronavirus, SARS-CoV-2, a new study from researchers at Columbia University Vagelos College of Physicians and Surgeons has found.

The differences in antibodies suggest the course of the infection and immune response is distinct in children and most children easily clear the virus from their bodies.

“In kids, the infectious course is much shorter and probably not as disseminated as in adults,” Porotto adds. “Kids may clear this virus more efficiently than adults and they may not need a strong antibody immune response to get rid of it.”

One of the striking manifestations of the COVID-19 pandemic is that the majority of children cope well with the virus while older people struggle.

This is a new infection for everybody, but children are uniquely adapted to see pathogens for the first time. That’s what their immune system is designed to do. Children have a lot of naive T cells that are able to recognize all sorts of new pathogens, whereas older people depend more on our immunological memories. We’re not as able to respond to a new pathogen like children can.”

Among the 47 children in the study, 16 were treated at Columbia University Irving Medical Center for MIS-C and 31 children of similar ages had tested positive for the virus after visiting the medical center for the treatment of other conditions. Half of the children without MIS-C had no COVID-19 symptoms. The 32 adults in the study ranged from severely affected patients admitted to the hospital to those with milder disease who recovered at home.

Both groups of children produced the same antibody profile, the study found, which differed from that of adults.

In contrast to adults, children also produced very few antibodies against a viral protein that is only visible to the immune system after the virus infects human cells.

“That suggests that in kids, the infection doesn’t really spread a lot and doesn’t kill a lot of their cells,” Farber says.

“Because children clear the natural virus rapidly, they do not have a widespread infection and they do not need a strong antibody response,” Porotto says.

The reduced course of infection in children may signify that they are infectious for a shorter period of time compared with adults and therefore less likely to spread the virus, although the researchers did not measure viral load in the children.

“Current studies in other countries indicate that younger school-age children are not vectors for the new coronavirus, so our data are consistent with those findings,” Farber says.

Children should respond well to vaccine

The antibody responses found in children do not suggest that children will have a weaker response to a vaccine, the researchers say.

Vaccines under development for SARS-CoV-2 contain pieces of the virus and do not mimic the normal route of infection.

“Even though children don’t produce neutralizing antibodies in response to a natural infection with SARS-CoV-2, vaccines are designed to generate a protective immune response in the absence of an infection,” Farber says. “Children respond very well to vaccines, and I think they will develop good neutralizing antibody responses to a SARS-CoV-2 vaccine, and they’ll probably be better protected than the adults.

“That said, very few vaccine studies are currently enrolling children and we will need this data to really understand how well the vaccines work in children.”

What does the adult immune system lack?

Though the findings suggest the course of infection in children and adults is different, it’s still not known how the children are able to clear the virus more easily–and what the adult immune system lacks.

Farber, Porotto, and their colleagues at Columbia are now looking for differences in T-cell response (antibodies are produced by the immune system’s B cells), especially T cells that reside in the lung. [Previous research from Farber’s lab has shown these “stay-at-home” T cells are more important in fighting lung infections than T cells that travel through the body via the bloodstream].

“If the innate response is really strong, that can reduce the viral load in the lungs, and the antibodies and T cells of the adaptive response have less to clear up,” Farber says.

The Columbia researchers are now testing these possibilities with cells from children versus adults.

“There are still all these issues that we have very little information about,” Porotto says. “The interaction between the virus and the host is the reason why we see so much diversity in responses to this virus, but we don’t understand enough about this virus yet to really determine what leads to severe disease and what leads to mild disease.”

What’s the difference between Valium and Xanax? 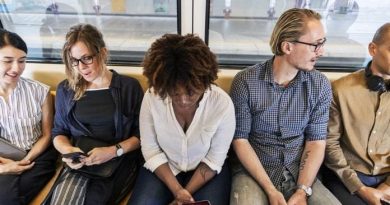 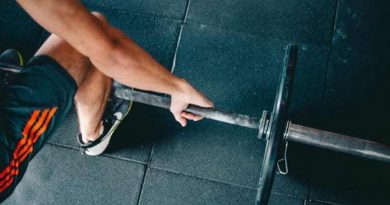