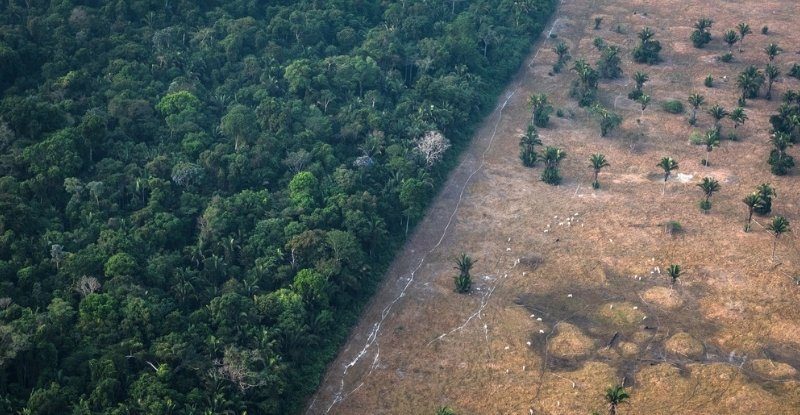 The world’s wealth is built on our planet’s natural ecosystems, and if those collapse, so too might our global economy, experts warn.

A new insurance index from the Swiss Re Institute has found just over half of all global GDP – nearly 42 trillion US dollars – is dependent on goods and services provided by the natural world.

In many places around the world, however, that sturdy foundation is turning to sand.

The report, referred to as the Biodiversity and Ecosystem Services Index, shows a fifth of the world’s countries currently stand on fragile ecological ground, with more than a third of their land disrupted by human activity.

That’s 39 countries with ecosystems that could be at risk of collapse, largely due to widespread declines in biodiversity, whether that be from deforestation, farming, mining, run-off, invasive species, or a decline in pollinators.

The index was designed to give governments and businesses a benchmark for the state of local ecosystems important to their economies, in the hope that the data can help inform relevant insurance solutions for communities at risk.

Developing nations in the index with large agricultural sectors – like Kenya, Vietnam, Pakistan, Indonesia, and Nigeria – are particularly at risk due to their GDP’s reliance on natural resources, but “densely populated and economically important regions” such as Southeast Asia, Europe, and America are also exposed to risk despite their economic diversification.

Among the top of the rankings sit Australia and South Africa, which are also among the world’s largest economies, and are both also dealing with water scarcity, pollination, and coastal protection issues.

Even nations like Brazil and Indonesia, which have kept large amounts of their natural ecosystems intact thus far, have booming economies and populations heavily reliant on natural resources.

“There is a clear need to assess the state of ecosystems so that the global community can minimise further negative impact on economies across the world,” says Christian Mumenthaler, the Chief Executive Officer of the Swiss Re Group.

“This important piece of work provides a data-driven foundation for understanding the economic risks of deteriorating biodiversity and ecosystems.”

Other nations have calculated their own economic dependence on the natural world, but this is one of the first reports to examine the issue globally.

Of all the investments made by Dutch financial institutions, for instance, 36 percent have been found to be highly or very highly dependent on one or more ecosystem services.

“For these investments, the loss of ecosystem services would lead to substantial disruption of business processes and financial losses,” a recent report concludes.

“The highest dependence is on the ecosystems that provide groundwater and surface water.”

Globally, the picture is even more dire. The new index, which is based only on the biodiversity of terrestrial ecosystems, compares how countries around the world use their natural resources for profit and how that impacts the land.

Country ranking based on share of fragile ecosystems. (Swiss Re Institute)

Nearly a third of the countries – exactly 60 in total – were found to have ecosystems in a fragile state on more than 20 percent of their land.

Only 41 countries had intact ecosystems covering the same expanse of land.

This index doesn’t necessarily mean these ecosystems or the economies that rely on them are doomed, but if we keep tracking the way we are, human activity could very well lead to tipping points and abrupt ecosystem collapse.

“How we use ecosystems – the way we run our societies and our economies – often takes supplies and the renewal of ecosystems for granted,” the index states.

“Degradation of ecosystem services could be significantly slowed down or even reversed if the role of biodiversity and its full contribution to economic production were an integrated part of decisions made by governmental entities, companies, and other stakeholders.”

Not every nation is in the same boat, and this means optimal conservation strategies and insurance solutions will likely be different from region to region.

Countries like India and Nigeria should immediately tackle biodiversity decline, the report argues, because they both have high population densities and a high GDP dependency on natural ecosystems.

Australia, on the other hand, has a relatively low GDP dependency on natural ecosystems and a low population density. However, it’s also facing many climate-related challenges, including wildfires and water scarcity that may put its future ecosystems at risk, so conserving what’s left and preparing for future changes is key.

The index has its limits, and the authors acknowledge their estimations are not perfect, and will probably need to be updated every few years to see how we are going.

That said, it’s a good baseline for where we are headed, and the authors say it “identifies where to become more careful in regard to socioeconomic activities – because these places are at risk.”

The Biodiversity and Ecosystem Services Index can be found here. 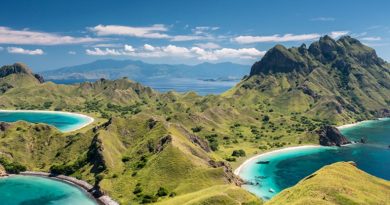 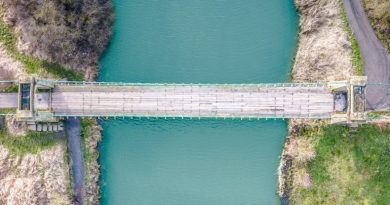 Up to half the world’s water supply is being stolen, a troubling report reveals 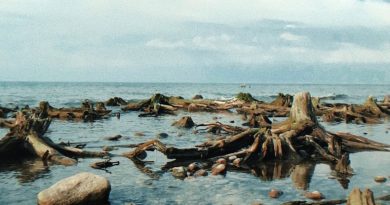 When Trump’s EPA Needed a Climate Scientist, They Called on John Christy

This article was produced in partnership with AL.com, which includes The Birmingham News, The Huntsville Times and Mobile Press-Register. As