New research from the University of Sydney finds that even low levels of alcohol consumption during pregnancy can have an impact on a child’s brain development and is associated with greater psychological and behavioral problems in youth including anxiety, depression and poor attention.

Published today in the prestigious American Journal of Psychiatry, the study was led by the University’s Matilda Centre for Research in Mental Health and Substance Use.

The impact of low-level alcohol use during pregnancy on child development is relatively unknown and there has been extensive debate about whether there is a safe level of consumption.

The researchers investigated whether any alcohol consumption in pregnancy was related to psychological, behavioral, neural and cognitive differences in children aged nine to ten years. With a sample of 9,719 youth, this is the largest study to investigate the impacts of low-level alcohol use during pregnancy. Low levels of drinking were considered one to two drinks per occasion with maximum of six drinks per week.

Our research found that even small amounts of alcohol consumed while pregnant can have a significant impact on a child’s brain development.

Previous research has shown that very heavy alcohol use, such as binge drinking, during pregnancy can cause harm to the baby. However, this study shows that any alcohol use during pregnancy, even low levels, is associated with subtle, yet significant behavioural and psychological effects in children including anxiety, depression and poor attention.

This study is so important because in Australia, around 50 percent of women drink alcohol before they know they are pregnant, and 25 percent do so after they know. The vast majority consume one or two standard drinks per occasion which this study shows is enough to impact the baby’s brain.”

Children who were exposed to low levels of alcohol in-utero at any time during pregnancy experienced more psychological/emotional problems (including anxiety, depression and being withdrawn) and behavioural problems (including poor attention and being impulsive) than unexposed children. There was a 25 percent increased likelihood of an attention deficit hyperactivity disorder (ADHD) diagnosis in children who were exposed to slightly heavier levels of alcohol (approximately 36 drinks) in the first 6-7 weeks of pregnancy. Heavier alcohol use during early pregnancy was also associated with rule breaking behavior and aggression, with a 30 percent higher risk of the child being diagnosed with oppositional defiant disorder than unexposed youth.

There were differences observed in brain volume and surface area among the exposed children which contributed to the psychological and behavioural problems. The estimated number of drinks consumed during pregnancy ranged from 0-90 with the average being 27. The majority of drinks were consumed in the first 6-7 weeks prior to pregnancy knowledge.

“Generally, the more a child was exposed to alcohol in utero the more severe the outcomes were,” said Ms Lees.

“Children experienced negative effects even if they were only exposed to low levels of alcohol during very early pregnancy (approximately 16 drinks in the first six to seven weeks) and then the mother stopped drinking. The difficulty is many women don’t know they are pregnant at that early stage.

“This research highlights the importance for women to be aware of the effects that even low levels of drinking can have on the brain development of babies,” she said.

“The safest option during pregnancy is to abstain from drinking any alcohol.

“This information is also important for women planning pregnancies. Even when planning pregnancy, it is safer to abstain from any drinking. Any alcohol consumption from conception throughout the entire pregnancy can impact the brain development of their baby.” 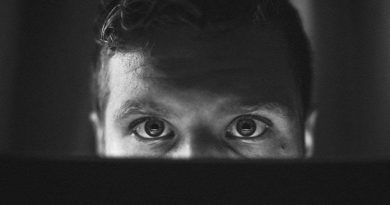