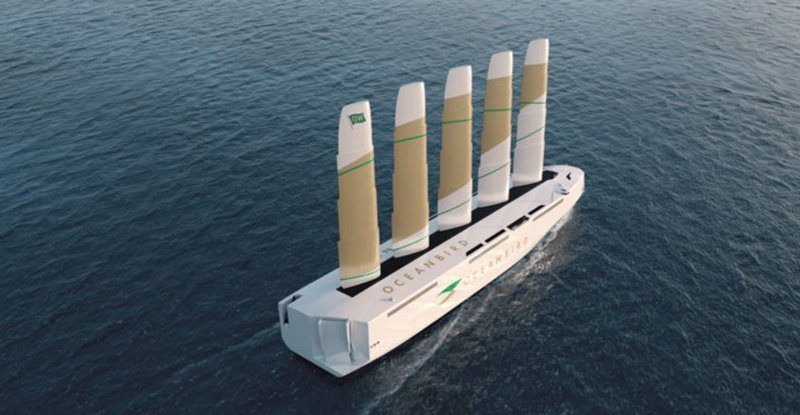 Innovative ways to live more sustainably are urgently required – including in how we ship items across the planet.

Right now, 90 percent of the world’s merchandise is transported by shipping, and although that can be better for the environment than air freight according to certain measures, cargo ships are still powered by fossil fuels, so there’s big room for improvement.

In fact, emissions from the cheap fossil fuels used in the shipping industry are thought to be responsible for around 2 percent of energy-related carbon emissions across the world – and the total amount continues to rise.

Now, researchers at a shipping company have designed a new type of cargo vessel that will be able to ship large amounts of merchandise while running entirely on wind power, cutting 90 percent of the typical shipping emissions along the way. It’s being called the OceanBird.

And this wouldn’t be a scaled-down, lightweight cargo ship either – according to the projections of the company behind the design, Wallenius Marine, OceanBird would be capable of ferrying 7,000 cars across the Atlantic.

The retractable wing sails stand 80 metres (262 feet) tall, and will be controlled by algorithms that calculate exactly how to make the most efficient use of wind power out on the ocean. An auxiliary engine, running on clean fuel, will be available as a backup and for getting in and out of harbours.

With a respectable average speed of 10 knots, the Oceanbird is going to be able to complete an Atlantic crossing in around 12 days, its development team says, while current vessels can do it around 8 days.

To come up with the design, the researchers behind the ship used LiDAR scanning technology – similar to that found in self-driving cars – to monitor the flow of wind as it moves above ships, up to 300 metres (984 feet) above the level of the deck.

Based on no less than 35 million different measuring points, company engineers found that wind speeds vary less than had been thought.

Another important discovery was that the design of the hull can have an impact on wind speed and direction, not just the ship’s sails.

The team then ran through a combination of computer simulations and real world testing with scale models to find out which design would be capable of carrying cargo across the ocean using just the power of the wind.

Even better, the design can be applied to other types of fossil fuel-guzzling ships, including cruise ships.

“Our vision is to lead the way towards truly sustainable shipping, and of course we want others to join us,” says Per Tunell, chief operating officer at Wallenius Marine.

“It is not a competition, but rather a direction we all need to take. By being transparent in the process, we want to inspire others to test the limit to what is possible.” 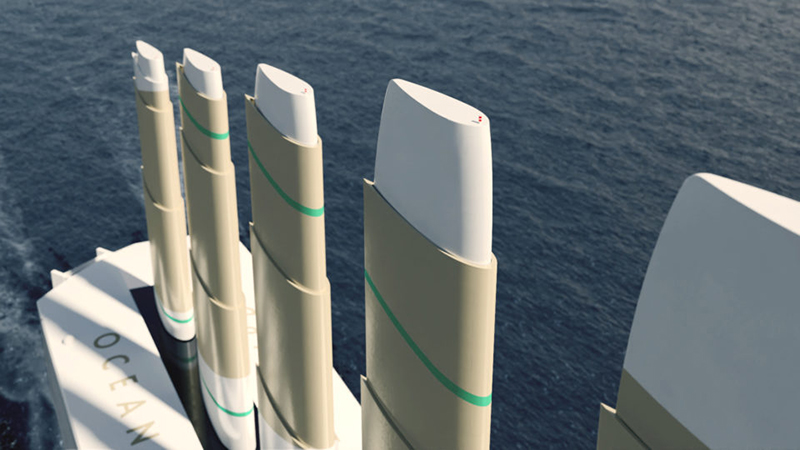 We’ll have to wait some time to see the Oceanbird make its maiden voyage, however: the design of the ship won’t be ready until the end of 2021 according to the company behind it, while a fully built vessel isn’t scheduled to appear until 2024.

“A lot of the reactions contain hope,”  says Tunell. “Finally a solution that is real and will make an actual contribution to slow down climate change. I think that we are all starving for positive news in that area.”

You can keep up to date with the development of Oceanbird at the Wallenius Marine website. 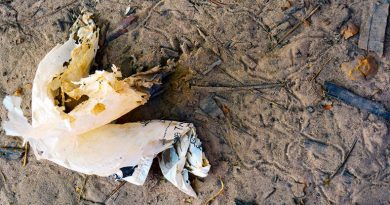 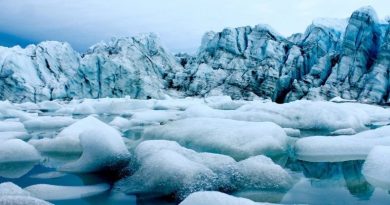