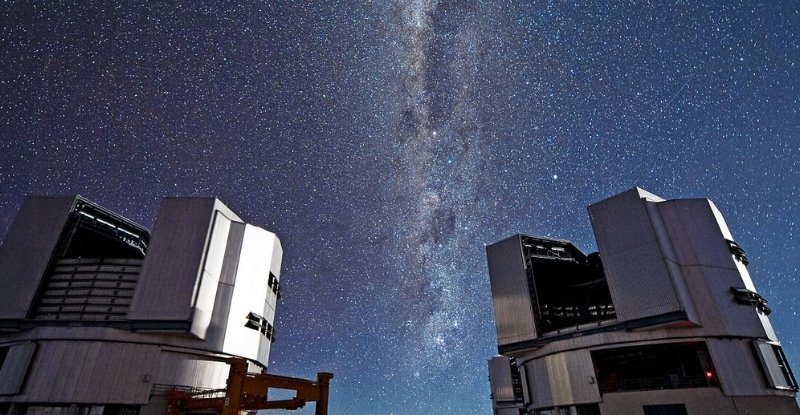 The world’s most advanced telescopes were not made for today’s temperatures, and it’s messing with our observations of the night sky.

The VLT sits in the Atacama desert, the driest place on Earth outside of the Antarctic.

While the rest of the world has warmed by an average 1 °C since the pre-industrial age, the Atacama has warmed by 1.5 °C over the last four decades.

The VLT simply wasn’t designed for such warm conditions. First off, its cooling system doesn’t work properly if the sunset temperature is above 16 °C. And yet over the years there have been a growing number of occasions where end-of-day temperatures exceeded this threshold.

This means then when the dome opens, the outside temperature is warmer than the inner dome, and this can lead to a reduction in image resolution due to internal turbulence, something astronomers call ‘dome seeing’.

Essentially, this temperature causes turbulence within the dome, which degrades the image quality and causes blurring.

Given recent construction changes in the landscape, the team can’t directly link this change to global warming, but it does speak to a larger potential threat as our planet rapidly warms.

Installed at the telescope are also numerous cutting-edge instruments, which are sensitive to local atmospheric changes.

Even though the Atacama is a desert, this region is still closely tied to El Niño events and summer monsoons, both of which are predicted to intensify under future climate changes. But in order to take infrared observations of the night sky, there needs to be low water vapor content in the air.

The southern subtropical jet stream, which is, in turn, affected by El Niño is also responsible for causing a ‘wind-driven halo’ – where atmospheric turbulence conditions vary so quickly, the telescope’s control system can’t correct for them.

“This limits the contrast capabilities of the instrument and could potentially limit exoplanet studies,” the authors explain.

“An increase in water vapor in the atmosphere moreover could lead to a reduction of the astronomical signal.”

Relative humidity and cloud coverage can also mess with submillimetre and radio wavelength observations, and while there are hints in the data that the Atacama will become drier in the future, we still need far more research on the local and global climate and all its various complexities before we can say for sure.

If the world warms by a further 4 °C before the end of the century – a worst-case scenario – the team of astronomers, climate scientists and meteorologists say our images of the night sky will probably only get blurrier.

That’s why we should build future telescopes with extreme warming scenarios in mind, they say, because otherwise our technology will not date well.

“Each telescope site is likely to have its own microclimate that calls for individual study,” the team admits, “but we have highlighted three different areas – dome seeing, surface layer turbulence and the wind-driven halo effect – that will have an increasingly detrimental impact on astronomical observations at Paranal as climate change worsens.”

And the authors have another message, too. Their paper joins six other articles in the current issue of Nature Astronomy, dedicated to raising awareness about climate change and how it affects our view of space.

While astronomy isn’t often tied to climate change, planetary scientists and astrobiologists can bring unique perspectives to research on our own planet.

In the past, astronomers have expressed concern over geoengineering solutions, which they worry could brighten or cloud the night sky and make crisp astronomical observations much more challenging.

“[A]stronomers know that the origin of life on Earth was a complex process made possible only by the coincidence of extremely rare circumstances,” the study’s press release explains.

“There is no second Earth in our neighborhood.”

The study was published in Nature Astronomy. 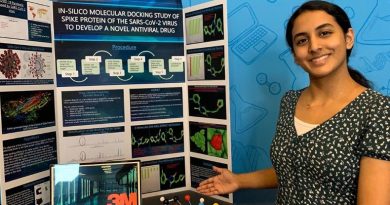 Giant dust is spreading across the world, defying the laws of physics