Dr. Anthony Fauci, director of the National Institute of Allergy and Infectious Diseases speaks as President Donald Trump listens during the daily briefing of the White House Coronavirus Task Force at the White House April 13, 2020 in Washington, DC.

White House coronavirus advisor Dr. Anthony Fauci on Tuesday defended his work advising the public on the coronavirus pandemic, saying he has not misled the American public “under any circumstances.”

The comment came in response to retweets on Twitter from President Donald Trump on Monday evening. The posts, which have since been removed, accused Fauci of misleading Americans and promoted hydroxychloroquine, the malaria drug touted by Trump as a potential treatment for the coronavirus.

“The overwhelming prevailing clinical trials that have looked at the efficacy of hydroxychloroquine have indicated that it is not effective in coronavirus disease,”  Fauci, director of the National Institute of Allergy and Infectious Diseases, said during an interview Tuesday morning on ABC’s “Good Morning America.” “I have not been misleading the American public under any circumstances,” he added.

In addition to treating malaria, hydroxychloroquine is often used by doctors to treat rheumatoid arthritis and lupus. It is known to have serious side effects, including muscle weakness and heart arrhythmia. Last month, the Food and Drug Administration pulled its authorization for emergency use after determining it was “unlikely” to be effective in treating people with Covid-19.

Trump and other administration officials have criticized Fauci’s advice on the pandemic in recent weeks, widening an apparent rift between the White House and its top infectious disease advisor who is a key member of the White House’s coronavirus task force.

In a scathing op-ed published earlier this month, Trump’s trade advisor Peter Navarro criticized Fauci, saying he “has been wrong about everything I have interacted with him on.” Similarly, during an interview with Fox News’ Sean Hannity, Trump said, “Dr. Fauci’s a nice man, but he’s made a lot of mistakes.”

Even with the recent criticism, Fauci told “The Atlantic” magazine in a recent interview that he tries to avoid politics and hasn’t thought about resigning.

“I think the problem is too important for me to get into those kinds of thoughts and discussions,” he said, according to an edited transcript of the interview. ”I just want to do my job. I’m really good at it. I think I can contribute. And I’m going to keep doing it.”

Fauci was appointed director of NIAID in 1984 and has worked under six U.S. presidents. Infectious disease experts have praised Fauci’s public health efforts against the coronavirus, which has infected more than 16 million people worldwide and killed at least 650,918 as of Tuesday, according to data compiled by Johns Hopkins University.

Last week, Fauci said it is unlikely the coronavirus will ever be eradicated, contradicting Trump, who said the virus would “disappear.”

While the virus will not disappear, it’s possible world leaders and public health officials could work to bring the virus down to “low levels,” he said during an interview last week with the TB Alliance.

“I think with a combination of good public health measures, a degree of global herd immunity and a good vaccine, which I do hope and feel cautiously optimistic that we will get, I think when we put all three of those together, we will get control of this, whether it’s this year or next year. I’m not certain,” he said.

But, he added, ”I don’t really see us eradicating it.” 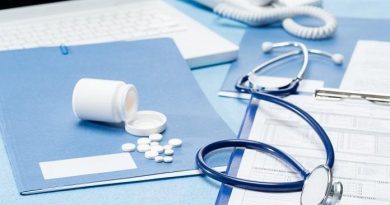 Should you be taking statins for atherosclerotic cardiovascular disease?