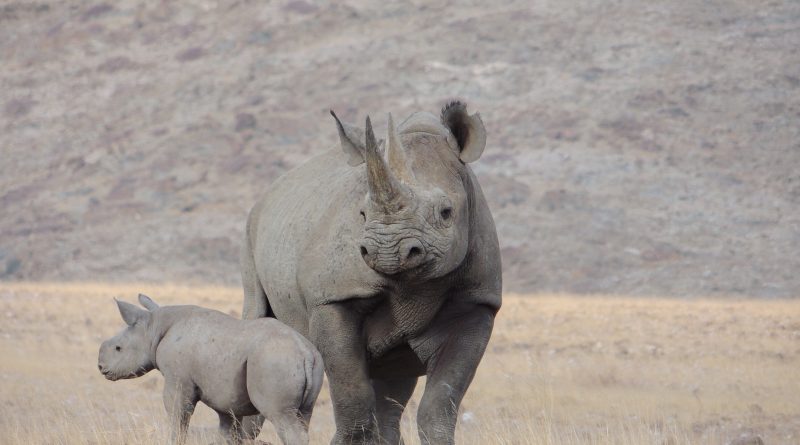 The ground was broken up into rust-colored rocks, giving a rough cobblestone appearance to the Namibian desert. Simon Kangombe crouched down, nudged aside a baseball-sized stone with his boot, and reached for his camera. About 100 yards ahead was a male black rhinoceros, sturdy as a tank. Simon, a tracker with Save the Rhino Trust Namibia (SRT), took the animal’s photo, recorded its GPS coordinates, and with binoculars, checked the rhino’s ears for identifying marks. Every day, trackers like Simon are monitoring and protecting the largest population of free roaming, Critically Endangered black rhinos in Africa. Their work is vital for conserving this ancient and irreplaceable species, making SRT a natural fit for one of the first grants issued by WCN’s newly established Rhino Recovery Fund. 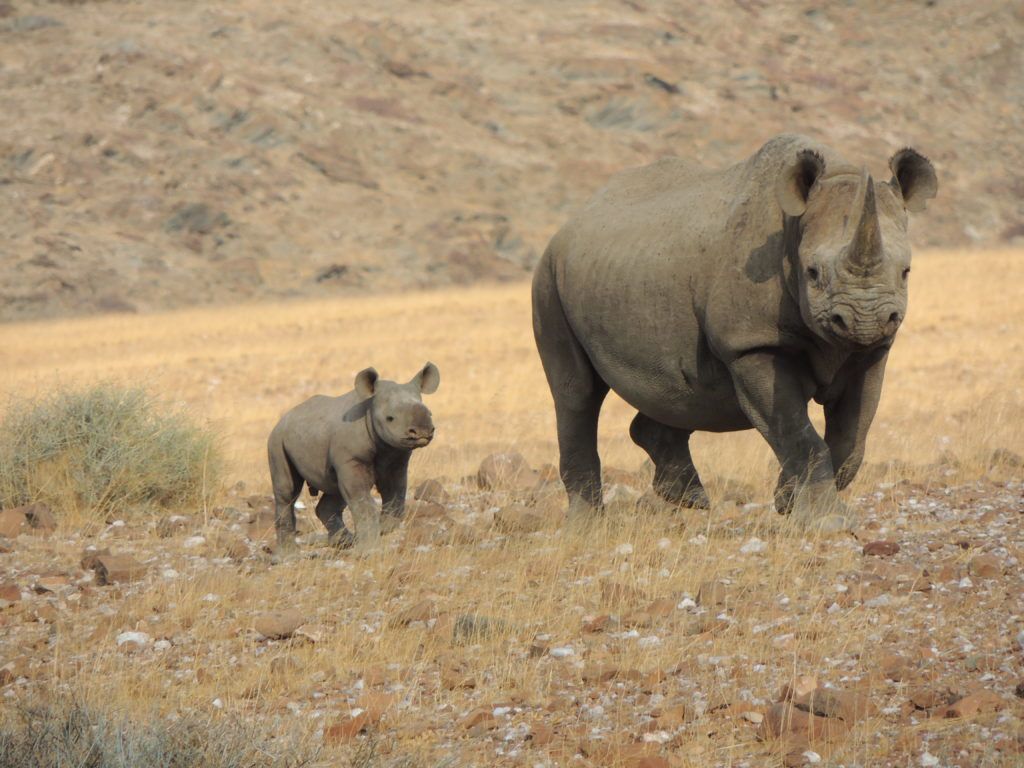 A black rhino mother and calf monitored by SRT in the Namibian desert.

Despite their powerful physical presence, rhinos are incredibly vulnerable to human-induced threats. Asia’s three rhino species have dwindled to distressingly small populations due to habitat loss. In Africa, white and black rhino populations also struggle with habitat loss and are brutally poached for their horns, which can fetch hundreds of thousands of dollars on the black market. This year, WCN created the Rhino Recovery Fund (RRF) to help protect all rhino species from wildlife crime and restore their landscapes, focusing on improving the health of rhino populations while also benefiting local people. The RRF uses the same model as WCN’s other Wildlife Funds, channeling 100% of donations directly to the best projects that are safeguarding rhinos—projects that range from eliminating rhino horn demand, restoring habitat, and, like SRT, protecting rhinos from poaching.

SRT was established in the early 1980s in response to rampant rhino poaching during the South African Border War. They have continued to monitor black rhinos across a wilderness area the size of Vermont. Trackers like Simon go on 21-day patrols, accompanied by a police officer should they encounter poachers. They spend each day, often on foot, tracking rhinos and reporting on their numbers and distribution; they also document any incidents of human-wildlife conflict. Trackers are paid wages, but are also given incentive bonuses to encourage them to locate as many rhinos as possible while on patrol. The more rhinos that rangers find, identify, and log in SRT’s database, the greater their bonuses. 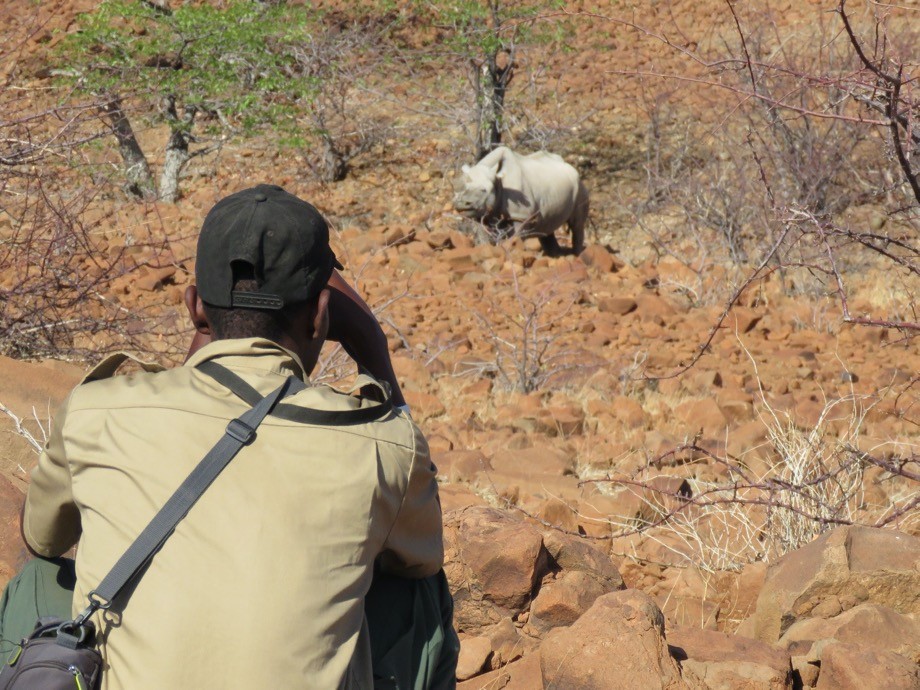 The Rhino Recovery Fund’s grant to SRT has paid for the trackers’ incentive bonuses for the entire year. This support is especially important now; in the wake of the COVID-19 pandemic, SRT is understandably concerned about funding and with fears that poaching may increase in reaction to economic hardship, patrols are more important than ever.

Ensuring SRT’s trackers are well compensated keeps them in the field monitoring and protecting Namibia’s black rhinos. At a time when the world truly needs optimism, the RRF is proud to invest in projects like this that are giving rhinos and their wild habitats a chance to survive and thrive. 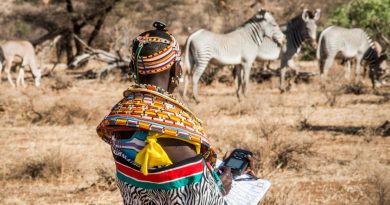 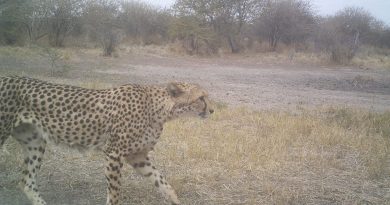 The Secret to Coexisting with Cheetahs