Florida has reported more confirmed coronavirus cases than New York state, as the epicenter of the pandemic has shifted from the Northeast to the Sunbelt region across the American South and West.

Florida has confirmed at least 414,511 total cases since the pandemic began, according to data compiled by Johns Hopkins University, and is seeing record daily coronavirus deaths based on a seven-day moving average, along with other states like Texas and California. Florida recorded at least 12,444 new daily cases on Friday.

Florida ranks second on the list of U.S. states with the greatest number of cases. California is leading the country with more than 440,325 cases as of Friday. New York, once the epicenter of the outbreak, is now third with at least 411,200 confirmed infections. Texas, now a hotspot as well, has confirmed a total of 380,554 cases.

At least 5,777 people have died from the virus in Florida while New York has recorded 32,607 fatalities, the most of any state in the nation by far.

Though the outbreak in Florida has exploded over the past several weeks, the daily case count has started to trend downward recently as a seven-day moving average, according to a CNBC analysis of Johns Hopkins’ data. The state’s daily new case average was down more than 9% as of Friday.

However, Florida’s death and hospitalization rates have been steadily rising. Florida reported an average of 121 daily deaths as of Friday, about a 21% increase compared with a week ago. The number of people hospitalized due to the virus is up by 14% on average.

Gov. Ron DeSantis said last week that the state had “stabilized” the number of cases and cited a the decline in the percent of coronavirus tests that came back positive. Just over 11% of tests came back positive on Friday, down from a recent high of about 15% in late June.

“We’re definitely trending in a better direction,” DeSantis said. “We’re trending much better today than we were two weeks ago.”

President Donald Trump on Thursday canceled the Republican National Convention in Jacksonville, Florida due to health concerns. The president made the announcement on a day when Florida reported a single-day record for coronavirus-related deaths.

The U.S. reported more than 1,100 coronavirus deaths on Friday, marking the fourth day in a row that the daily death toll was above 1,000, according to Johns Hopkins University data.

There are more than four million known cases in the U.S, according to Johns Hopkins University, as states in the South and West struggle to contain the virus. As the number of cases, hospitalizations and virus-related deaths in the U.S continue to rise, health experts warn that the actual number of cases is higher than what has been reported so far. 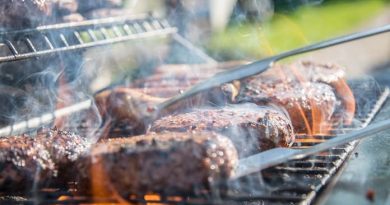 Analysis reveals cocktail of pharmaceuticals in the waters of Bangladesh