Chest radiation is used to treat children with Hodgkin and non-Hodgkin lymphoma as well as lung metastases in various solid tumors.

What is the best strategy for catching these breast cancers early? Annual screening with mammography and breast MRI is recommended, but practices vary from location to location, and the benefits, harms, and costs are unclear.

A new study led by Jennifer M. Yeh, PhD, in the Division of General Pediatrics at Boston Children’s Hospital, used modeling to compare results of different approaches. The findings appear in the Annals of Internal Medicine.

Randomized clinical trials are often thought of as the ‘gold standard,’ but they aren’t always feasible for screening studies, especially in rare high risk groups such as survivors of childhood cancer. However, those developing guidelines need information on the potential benefits and harms of screening. Decision modeling can provide important insight on these health outcomes.”

Yeh, with collaborators across the country, used two breast cancer simulation models that were developed to guide screening recommendations for women who are not cancer survivors.

The CCSS is a cohort study on outcomes, including breast cancer, in more than 24,000 survivors of childhood and adolescent cancers diagnosed between 1970 and 1999.

The models assumed that women who were screened continued to be screened until age 74, and that those diagnosed with breast cancer received the best therapy available at the time.

All annual screening approaches save lives

In the simulation, Yeh showed that without screening, childhood cancer survivors previously treated with chest radiation had a 10 to 11 percent lifetime risk of dying from breast cancer, as compared with a 2.5 percent risk among women in the general population.

Compared with no screening, all annual screening strategies prevented more than half of breast cancer deaths according to the models.

A combined approach of both breast MRI and mammography, beginning at age 25, prevented the most deaths (an estimated 56 to 71 percent); MRI alone prevented slightly fewer (56 to 62 percent).

However, starting at age 25 also meant more screening tests, more false-positive findings, and more breast biopsies that turned out to be benign.

For example, the researchers estimate that the average survivor screened with both MRI and mammography would have four to five false-positive screens and one to two breast biopsies over the course of her lifetime.

When the emotional stress and costs of additional screening and testing were factored into the analysis, starting at age 30 was the preferred strategy; relatively little was gained by starting at age 25.

Either strategy reduced the risk of dying from breast cancer by at least half, with or without the addition of mammography to MRI.

Lisa Diller, MD, chief medical officer of the Dana-Farber/Boston Children’s Cancer and Blood Disorders Center, is an expert in the care of childhood cancer survivors and a co-author of the study.

“Breast cancer screening is one of the most important issues that oncologists should discuss with survivors of childhood chest radiation,” Diller says.

“Having these data informs discussions with young women who are facing screening at a very young age. It both reassures them that waiting until age 30 might be reasonable and impresses upon them that this screening could be life-saving.”

One limitation of the study was that it used data from childhood cancer survivors diagnosed between 1970 and 1986.

“Our model-based findings suggest that even if the risk of breast cancer declines by half with more recent changes in radiation dose and delivery, early initiation of screening still remains favorable for these high-risk survivors,” Yeh says.

“Ensuring survivors are aware of and have access to screening can save lives.”

Are Unisom and vitamin B-6 safe during pregnancy?

What are the perks and problems of being a night owl? 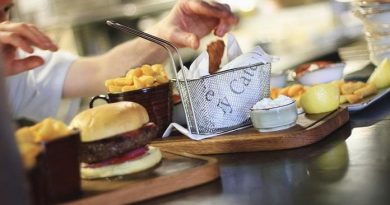 Is it possible to avoid eating fast food?