A team of researchers from Children’s Hospital of Philadelphia (CHOP) has demonstrated how to easily and effectively monitor for seizures in newborn infants, catching more instances than typical methods and improving the quality of care for infants in hospitals that lack the on-site resources to detect these seizures. The findings were published today in the Journal of Clinical Neurophysiology.

This study allowed us to test a framework for expanding remote continuous monitoring of at-risk neonates, beginning at two regional affiliate hospital NICUs within our networkNot only did we show that such monitoring was technically feasible and effective, allowing neonates to receive care locally, but we also demonstrated that the approach positively impacted clinical care.”

Mark P. Fitzgerald, MD, Ph.D., pediatric neurologist in the Division of Neurology at CHOP and lead author of the study

A variety of underlying conditions, including an acquired structural injury to the brain, ischemic stroke, and intracranial hemorrhage, are responsible for neonatal seizures, which occur in as many as 4 of every 1,000 live births. Continuous electroencephalogram (CEEG) monitoring is important for identifying seizures, since more than 80% of these seizures do not have any identifiable symptoms. Even skilled clinicians must rely on this technology to identify these seizures when they occur, and an accurate diagnosis is critical in making sure that these newborns receive the appropriate amount of anti-seizure medication.

Although the American Clinical Neurophysiology Society and World Health Organization have recommended CEEG as the gold standard for seizure identification, there are barriers to implementing its use in neonatal intensive care units, including lack of equipment and experienced personnel. Many centers have used amplitude-integrated EEG (aEEG) monitoring instead, but its sensitivity for seizure detection is lower than CEEG.

In order to overcome some of the barriers preventing widespread adoption of CEEG, the researchers developed a framework to use the technology remotely to monitor for seizures. Under this framework, a network hospital identifies a newborn who should undergo CEEG based on clinical concerns, such as therapeutic hypothermia or unexplained encephalopathy, or concern for seizures that may not otherwise be detected. Once these newborns have been identified, an EEG technologist at the network hospital places the EEG leads and gathers a set of standardized clinical data, notifying an EEG technologist at the main hospital (in this instance, CHOP).

The study team reviewed the EEG results and clinical care notes of the newborns monitored during the first 27 months of the pilot program. Between June 2017 and September 2019, 76 newborns underwent CEEG between the two network hospital NICUs. Seizures occurred in about one-quarter of the records. According to the care notes, CEEG impacted clinical care in three-quarters of the cases, decisions to treat with anti-seizure medications in approximately half of the patients, and discussions about the future course of care in approximately two-thirds of patients.

“In the first two years of this pilot program, we demonstrated that neonatal seizures are common in at-risk neonates and that CEEG often impacted outcomes,” Fitzgerald said. “By providing remote CEEG to network hospitals, we allow these neonates to remain in centers that could meet their overall medical needs and alleviate the safety risks associated with transferring critically ill newborns between hospitals.” 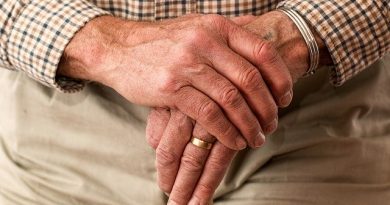