A box of Plaquenil, an anti-malaria drug hydroxychloroquine made by Sanofi, used for years to treat malaria and autoimmune disorders.

Hydroxychloroquine, the drug backed by President Donald Trump to combat Covid-19, is no better than a placebo in preventing infection of the coronavirus, according to results expected to be published Wednesday in the New England Journal of Medicine.

The study, the first randomized, placebo-controlled trial, which is considered the “gold standard” in science, looked at 821 people in the United States and Canada who had been exposed to the coronavirus. About 12% of the people who were given the malaria drug developed Covid-19, compared to 14% who did not receive the drug, according to the study’s findings.

The study was led by Dr. David Boulware, an infectious disease researcher at the University of Minnesota.

The coronavirus, which emerged in Wuhan, China about five months ago, has sickened more than 6 million people worldwide and killed at least 382,299, according to data compiled by Johns Hopkins University.

In addition to malaria, hydroxychloroquine is often used by doctors to treat rheumatoid arthritis and lupus. It is known to have serious side effects, including muscle weakness and heart arrhythmia. Numerous clinical trials are looking to see if it’s effective in fighting Covid-19, but it is not a proven treatment.

Even though the drug is not a proven treatment for the coronavirus, some people across the world have been taking it after a handful of small studies published earlier in the year suggested it could be beneficial and Trump promoted the drug as a potential treatment for the virus.

Trump disclosed last month he was taking hydroxychloroquine daily to prevent infection from the coronavirus. White House physician Dr. Sean Conley released a memo that said that after discussing evidence for and against hydroxychloroquine with Trump, they concluded “the potential benefit from treatment outweighed the relative risks.”

Also Wednesday, the World Health Organization said it was resuming its trial of hydroxychloroquine after temporarily halting research over safety concerns.

On May 25, WHO announced it had temporarily suspended its trial of the drug. The announcement came days after a study published in the medical journal The Lancet found that hospitalized Covid-19 patients treated with hydroxychloroquine had a higher risk of death than those who didn’t take it. However, that study is now being reexamined over concerns of fabricated data. 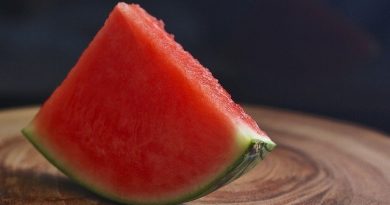 Can watermelon supplements be used to treat obesity?

Is borax safe to use?