PARIS (Reuters) – Parisians confined to their flats by a lockdown imposed to curb the spread of coronavirus can at least now open their windows and breathe in fresh air, listen to the birds and enjoy a peaceful night’s sleep.

French tenor singer Stephane Senechal sings from his apartment window in Paris as a lockdown is imposed to slow the rate of the coronavirus disease (COVID-19) spread in France, March 24, 2020. REUTERS/Gonzalo Fuentes

That’s because air pollution and noise have fallen sharply in Paris, where streets are largely deserted, empty of the traffic that normally drowns out birdsong and chokes the air around landmarks such as the Eiffel Tower and Arc de Triomphe.

There are no bars pumping out music and no construction sites hurling dust particles into the air. One of the city’s two international airports is closed and the coaches and tour buses that ferry tourists around are off the roads.

Even during a week of crisp blue skies, when a dirty haze might be expected to hang over Paris, the air has remained clear. Star-gazers have enjoyed unusually clear sightings of the International Space Station zipping through the night sky.

“We’re really witnessing an improvement in air quality, including pollutants responsible for global warming such as carbon dioxide,” said Karine Leger, head of the Airparif agency which monitors air quality in the greater Paris region.

The same is true for noise pollution.

At street level on some of Paris busiest thoroughfares such as the Champs Elysees boulevard, noise levels are down to as little as six to nine decibels at night, some 70%-90% lower than normal, according to Bruitparif, which monitors noise quality.

“We’re in an exceptional situation,” said Matthieu Sineau of Bruitparif. “In these unfortunate times, people can at least realise the interest they have in a quieter living environment.”

Geolocalising data collected by mobile phone operator Orange indicates nearly one in every five Parisians fled the capital in the hours before the lockdown was imposed. And with those still present mostly holed up indoors, Paris more than ever feels like a giant museum.

“It’s silent, you can hear the birds,” said resident Mehdi Thorin who had ventured outside to buy groceries. “I love Paris when there’s no one about.”

Even so, he doesn’t expect the peace to last for long once the lockdown is over.

“People will return to their old habits, get back in their cars. It will be like it was before.” 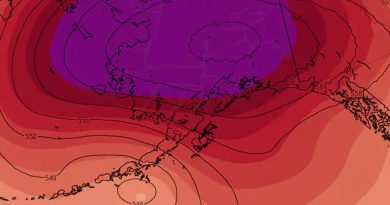 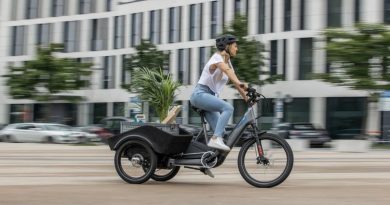 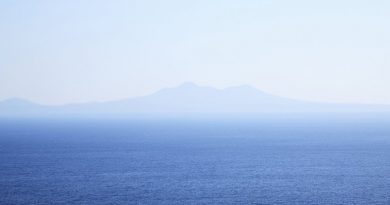 One of Japan’s islands just vanished beneath the waves, and no one noticed