New research from University of California, Davis, suggests that parents should delay introducing their children to any screen media, as well as limit preschool-age children’s use of mobile devices, including smartphones and tablets.

The research was published in the Journal of the American Medical Association Pediatrics this week. Over a two-and-a-half-year period, researchers assessed 56 children aged 32 to 47 months and surveyed their parents. The research team assessed children’s self-regulation skills, or those skills needed to plan, control, and monitor their thoughts, feelings, and behaviors. Young children’s self-regulation skills predict later academic success, social functioning, physical and mental health, income, and criminality.

Self-regulation skills were lower among children who began using any screen media devices (including television, computers, smartphones, and/or tablets) earlier in life, or who currently used mobile devices (smartphones and/or tablets) more often than others in the sample.

Young children are often exposed to substantial amounts of screen media. Even though consumption of moderate amounts of high-quality children’s media has been established to have a positive influence on development, the current findings support limiting children’s use of mobile devices.”

Co-authors are Daniel Ewon Choe, assistant professor of human development and family studies, and Madhuri S. Narayan, who was an undergraduate student when working on the research.

Researchers voiced other reasons for cautious use of mobile devices by young children. “The portable nature of mobile devices allows them to be used in any location, such as while waiting for appointments, or in line at a grocery store. The screen use, then, could interfere with sensitive and responsive interactions with parents or practicing self-soothing behaviors that support optimal development,” said Lawrence.

The research team recruited participants by handing out flyers at preschools and community events. Data were collected between July 1, 2016, and Jan. 11, 2019. During individual 90-minute visits to an on-campus research laboratory, children were asked to complete 10 tasks to evaluate their ability to self-regulate. Tasks were as varied as walking a line slowly, taking turns with the researcher in building a tower out of blocks, and delaying gratification — for example, being asked to hold off unwrapping a gift while the researcher briefly left the room. Parents were asked about screen use using a novel survey designed by Lawrence, and researchers calculated the children’s reported age at first use of screen media and average time spent per week on each device.

Additionally, children’s exposure to what the researchers consider traditional screen devices (televisions, computers) in the average week was not related to their self-regulation, in contrast to most previous research. Lawrence speculates that messaging about providing child-directed, educational content and cautioning parents to monitor children’s viewing has reached parents and has been effective, at least among some groups.

This is a small study, but the beginning of a long-term longitudinal study of children’s development of self-regulation and looking at all screen media devices over multiple years with more children and parents, researchers said. 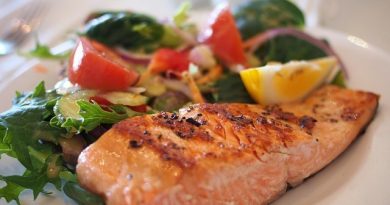 How the balance between dietary omega 6 and omega 3 fats do affect our health?

Ewing sarcoma: What to know