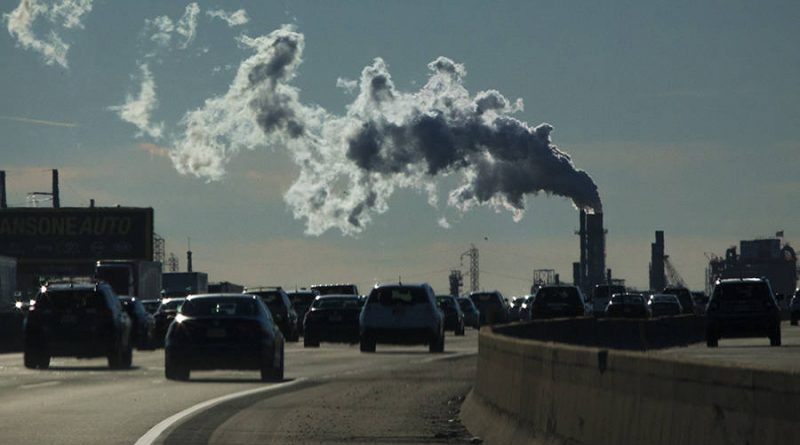 The story of the emissions decline has largely been one of market forces—rather than policies—that have made utilities close coal plants in favor of cheaper natural gas and renewable energy. But this shift to lower-carbon energy has been restricted to the electricity sector, and the nation’s emissions cuts are still not on track to meet the targets it agreed to under the Paris climate accord.

In order to meet those goals, experts say, federal policies will likely need to target other sectors that collectively make up a majority of U.S. emissions.

Overall, U.S. greenhouse gas emissions fell about 2 percent in 2019, according to preliminary estimates by Rhodium Group, an economic analysis firm. The previous year, strong economic growth and other factors had pushed emissions up roughly 3 percent.

The 2019 drop was driven by a nearly 10 percent fall in emissions from the power sector, the biggest decline in decades, according to Rhodium.

And the story there is all about coal.

Coal generation in the U.S. fell by 18 percent last year, the largest annual decline on record, according to Rhodium. Another study, published in December, found a smaller but still dramatic drop for coal generation last year.

Renewable power sources such as wind and solar have seen sharp increases in recent years as their costs of generation have fallen below that of coal. But natural gas has replaced far more coal generation capacity than renewables.

The fracking boom sent natural gas prices plummeting, helping drive a rapid shift by electric utilities away from coal. But while burning gas is cleaner than burning coal, it still emits carbon dioxide.

But the good news on emissions cuts ends with the power sector.

Transportation is now the largest source of greenhouse gas emissions in the U.S., and emissions were essentially flat in 2019, declining by 0.3 percent.

That does represent a shift after several years of small increases, but emissions remain about where they were before the Great Recession started in 2007. Hannah Pitt, a senior analyst with Rhodium, said improved fuel efficiency is helping slow or end the rise in emissions, even as people fly and drive more.

Some of the change from 2018 to last year can be explained by the economy.

In 2018, U.S. gross domestic product, or GDP (the value of all final goods and services produced in the country), expanded by a relatively robust 2.9 percent. But the first three quarters of last year saw slower GDP growth of 2.3 percent, according to Rhodium. A slower economy tamped down growth in domestic air travel and also in shipping by trucks.

Yet emissions from other sectors of the economy continued to rise.

Emissions from industry rose slightly last year and are now greater than those from coal-fired power plants. Emissions from buildings were up, too. And emissions from other sectors of the economy collectively grew by more.

These other, harder to tackle sectors are an increasingly important piece of the story, and Pitt said federal policies will have to target them if the U.S. is to hit the targets it agreed to as part of the Paris climate agreement.

“In order to meet those, we would need to really be seeing some pretty sizable annual declines in emissions that we’re not seeing now,” she said. “And if we’re relying purely on the power sector market dynamics to get there, I don’t see that happening.”

Don’t be put off by fires, Australia tells tourists