Many researchers have argued that the accumulation of toxic beta-amyloid in the brain causes Alzheimer’s. However, a new study offers some evidence contradicting this sequence.

Alzheimer’s disease affects over 5.5 million people in the United States and millions more around the globe.

Yet, researchers are still at a loss as to why this condition — which is characterized by memory impairment and many other cognitive problems — occurs in the first place. And until they fully understand the cause, investigators will remain unable to devise a cure.

So far, the prevailing hypothesis among experts has been that the excessive accumulation of a potentially toxic protein — beta-amyloid — in the brain causes Alzheimer’s.

Now, a new study from the University of California San Diego School of Medicine and the Veterans Affairs San Diego Healthcare System suggests that while the buildup of beta-amyloid has associations with Alzheimer’s, it may not actually cause the condition.

In a study paper that appears in the journal Neurology, the researchers explain what led them to reach this conclusion.

He notes that “[t]hese findings, in addition to other work in our lab, suggest that this is likely not the case for everyone and that sensitive neuropsychological measurement strategies capture subtle cognitive changes much earlier in the disease process than previously thought possible.”

In their study, the researchers worked with a total of 747 participants with different levels of cognitive health. All of the study participants agreed to undergo neuropsychological assessments, as well as PET and MRI brain scans.

Of the participants, 305 were cognitively healthy, 289 had mild cognitive impairment, and 153 displayed markers of what the investigators call “objectively-defined subtle cognitive difficulties (Obj-SCD).”

However, mild cognitive impairment does develop into dementia in a significant number of people.

But what are Obj-SCD? In their paper, the investigators define them as “difficulties or inefficiencies on some sensitive cognitive tasks even though the overall neuropsychological profile is in the normal range.”

That is, they are a measurement of experienced, subtle cognitive functioning problems that occur in the absence of any visible signs of brain or psychological issues. To find out whether someone is experiencing Obj-SCD, researchers assess, among other factors, how efficiently that person can learn and retain new information.

Previous research has suggested that individuals with Obj-SCD are at a higher risk of mild cognitive impairment and forms of dementia.

In the current study, Prof. Bondi and the team found that beta-amyloid built up at a faster rate in the participants with Obj-SCD compared with those who were deemed cognitively healthy. Moreover, brain scans of people with Obj-SCD showed that these individuals experienced a thinning of brain matter in a region called the entorhinal cortex.

Past research has shown that the entorhinal cortex decreases in volume in people with Alzheimer’s disease. This is significant because this brain region plays a role in memory and spatial orientation.

The researchers also found that while people with mild cognitive impairment had higher quantities of beta-amyloid in their brains at the beginning of the study, this protein did not seem to build up any faster in these participants than it did in cognitively healthy individuals.

But why do the current findings potentially contradict a decades-old hypothesis about the development of Alzheimer’s? Prof. Bondi explains:

“This work […] suggests that cognitive changes may be occurring before significant levels of amyloid have accumulated. It seems like we may need to focus on treatment targets of pathologies other than amyloid, such as tau, that are more highly associated with the thinking and memory difficulties that impact people’s lives.”

“While the emergence of biomarkers of Alzheimer’s disease has revolutionized research and our understanding of how the disease progresses, many of these biomarkers continue to be highly expensive, inaccessible for clinical use, or not available to those with certain medical conditions,” adds first author Kelsey Thomas, Ph.D.

The new study’s findings could help change that by refocusing the research approach on more subtle markers of Alzheimer’s, such as those assessing for Obj-SCD.

“A method of identifying individuals at risk for progression to [Alzheimer’s disease] using neuropsychological measures has the potential to improve early detection in those who may otherwise not be eligible for more expensive or invasive screening,” says Thomas.

Cramer: Elizabeth Warren’s ‘Medicare for All’ delay shows ‘she is not as left as you thought’ 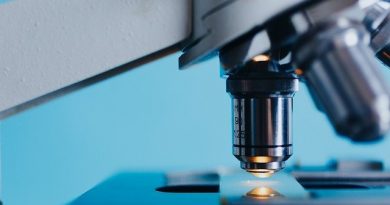