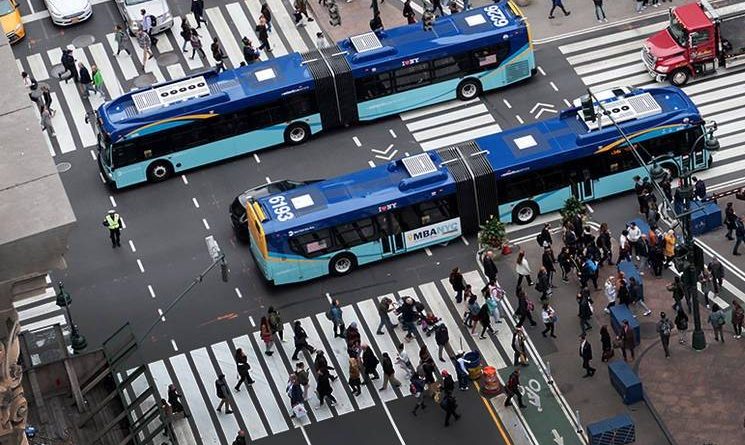 A cadre of states sought to keep alive U.S. efforts to fight climate change in 2019, in the face of the Trump administration’s full-throttled retreat.

They set ambitious goals to get to 100 percent clean energy and launched lawsuits and multi-state initiatives to try to counteract the federal government’s push for unrestrained fossil fuel expansion.

But it also became apparent how difficult it is for state and local players to fight the climate battle without support from the federal government. The fossil fuel industry and its allies wielded their influence to beat back progress in state capitals from Richmond, Virginia, to Salem, Oregon. And the Trump administration made clear it is not content with just ending federal climate policies—it wants to stop states from taking action, too. Its battle with California could well curtail state efforts to fill the climate leadership void.

The most significant obstacle of all may be the sheer enormity of the task of making a significant dent in the pollution from the world’s second-biggest carbon polluter when only a portion of the nation is engaged in the effort.

At the United Nations climate talks in Madrid in December, the America’s Pledge coalition released a sobering progress report from the state and local governments and businesses and institutions that are trying to fulfill the U.S. commitment under the Paris climate agreement.

With the actions taken so far by 25 states, 534 cities, counties and tribes and thousands of businesses and organizations, emissions could fall 25 percent below 2005 levels by 2030. That’s just under the Obama administration’s original Paris commitment, and five years later than the original 2025 deadline.

Still, the analysis included an optimistic calculation. If other states adopt the progressive policies of the nation’s climate leaders, and the federal government gets back in the game in 2021, the U.S. could cut emissions 49 percent by 2030, a level of ambition that would be in line with the Paris Agreement’s goal of keeping the global temperature increase below 1.5 degrees Celsius (2.7°F).

“The big factor is the presidential election between this year and next year,” Carla Frisch, a principal at the nonprofit think tank Rocky Mountain Institute (RMI), which co-led the analysis along with the University of Maryland Center for Global Sustainability.

U.S. states, local governments, businesses and other institutions in 2019 were like troops holding ground in the difficult fight for climate progress, while waiting for reinforcements. The outcome of their efforts will depend on the political and legal battles in the year ahead—especially whether Donald Trump wins a second term as president.

It was another election—the midterm of 2018—that set the stage for a run of climate action by the states this year.

Following gains by Democrats in state legislatures and governors’ offices across the country, Maine, Nevada, New Mexico, New York and Washington, as well as territory of Puerto Rico, all enacted laws committing to 100 percent clean energy. Together with California, Hawaii, and the District of Columbia, which previously made such commitments, they account for 16 percent of U.S. electricity demand. Governors in six other states (Colorado, Connecticut, Minnesota, New Jersey, Wisconsin and Virginia), accounting for 11 percent of U.S. power demand, have proposed similar 100 percent goals.

“These developments could make a significant dent in emissions in the future,” an analysis by the Rhodium Group found, although it doesn’t see a meaningful impact before 2025.

“I think renewable energy standards have been a huge story,” said Jeff Mauk, executive director of the National Caucus of Environmental State Legislators. “Just a few years ago, 100 percent seemed huge pie in the sky. Now, they’re making real plans to get there.” For example, New York’s electric grid operator is proposing to incorporate carbon pricing into its wholesale energy markets, a move that should boost demand for cleaner sources of electricity.

But the fossil fuel industry and its allies also had success in curbing state climate action in 2019:

The biggest fights on the horizon for the states are with the Trump administration, which is seeking to rein in their authority to act on climate change—especially through an unprecedented withdrawal of California’s authority to set vehicle standards that are tougher than the federal standards. This could upend progress on clean passenger vehicles not only in California but in the states that follow its standards. Twenty-three states, the District of Columbia and the cities of New York and Los Angeles have sued to overturn the Trump administration’s move.

It is just one of 300 lawsuits and other actions taken over the past three years by state attorneys general against the Trump administration’s rollback of environmental rules, according to the State Energy and Environmental Impact Center at New York University School of Law. In judgements rendered so far in such cases, there have been 27 wins against the Trump administration and only one loss, according to a tally by NYU Law School’s Institute for Policy Integrity.

But the most consequential cases are yet to be decided, including the California car fight and the states’ challenge of the Trump administration’s weak replacement for the Obama administration’s Clean Power Plan, involving power plant emissions.

The cases will come before a federal judiciary that is being transformed by Trump, who with the help of congressional rule changes instituted by Senate Majority Leader Mitch McConnell (R-Ky.), has named a quarter of the judges now sitting on the appellate courts—more than any other president since President Jimmy Carter expanded the courts in 1980.

Legal scholars who have analyzed Justice Brett Kavanaugh’s rulings since Trump elevated him to the Supreme Court believe that he will vote to strike down EPA’s authority to regulate greenhouse gases under the Clean Air Act. For the federal government to curb greenhouse gas emissions under Kavanaugh’s narrow reading of the law, Congress would have to pass legislation for the explicit purpose of addressing climate change.

With Congress dormant thus far on climate and the Obama administration’s attempted executive action legacy unraveling, the most durable climate policies so far in the United States have been crafted by the states—especially when working together.

The Northeast’s carbon market, the Regional Greenhouse Gas Initiative (RGGI), has helped to cut emissions from electricity generation in the nine states involved by 47 percent in the past decade. The revenue generated by the carbon market has also allowed the states to invest in energy efficiency and utility bill assistance for low-income families.

RGGI is now set to expand, with New Jersey Democratic Gov. Phil Murphy bringing the state back into the fold in 2020, reversing the 2011 decision by his Republican predecessor Chris Christie. Partisan division in Virginia’s state capital stalled the plan by Gov. Ralph Northam to join RGGI in 2019, but after Democrats flipped the Legislature in November, regional cap-and-trade is likely to extend its reach into the Old Dominion soon. The biggest development for RGGI is Pennsylvania Gov. Tom Wolf beginning the process of joining, since his state’s electricity market is larger than most of the other northeastern states combined.

Building on the success of RGGI, a dozen northeastern states hope to finalize plans in early 2020 to launch a Transportation Climate Initiative, tackling their now-largest source of carbon emissions—cars and trucks.

Pollution allowances will be auctioned to fuel suppliers in the region, with a declining cap on the number of allowances each year and the proceeds invested in electric vehicle infrastructure, mass transit, and other improvements designed to curb carbon emissions. As with RGGI, three Republican governors are on board—Massachusetts’ Charlie Baker, who is chairing TCI; Maryland’s Larry Hogan and Vermont’s Phil Scott.

“It’s very bipartisan, and I think that it just shows you that rational behavior is still alive in dealing with the threat of climate change,” said Vicki Arroyo, executive director of the Georgetown Climate Center at Georgetown Law School, which is providing research and other support for the TCI.

Several of those states joined California and Oregon in December in committing to accelerate the shift to zero-emissions trucks and buses. California’s Air Resources Board is considering  regulations that would require an increasing percentage of heavy-duty truck sales to be zero-emissions.

But can the United States fight climate change with only half the states engaged? America’s Pledge stresses that, yes, it has the potential. The states, cities, businesses and other institutions in its coalition represent 68 percent of U.S. GDP, 68 percent of the population, and 51 percent of U.S. greenhouse gas emissions.

But the most carbon-intensive economies in the U.S. are still not part of the fight.

Sixty-five percent of the remaining U.S. coal power capacity, for example, is located in the 25 states that are not part of America’s Pledge, led by Texas, Indiana and Kentucky. The America’s Pledge analysis found that the U.S. could still make progress without the help of these states. It calculated that if just a handful of the states that have already shown some willingness to act adopted stronger policies, like those set by climate leaders like California, the U.S. could cut emissions up to 37 percent by 2030, even if the most carbon-intensive states and the federal government refuse to act. But that’s not where the U.S. needs to be if it hopes to reach net zero emissions by mid-century, as the science says is necessary to stave off climate change’s worst ravages.

“None of the states who are climate leaders would say that what they’re doing is enough,” said Arroyo. “But you’ve got to start to do what you can do, and prove the concept that you can do this without breaking the bank, and in fact you can do it while growing your economy, creating jobs and enhancing the quality of life.”

RMI’s Frisch said the real lesson of the state and local climate effort so far in the United States is that it is essential, but not sufficient. 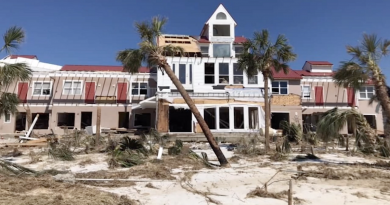 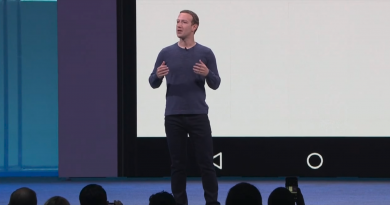 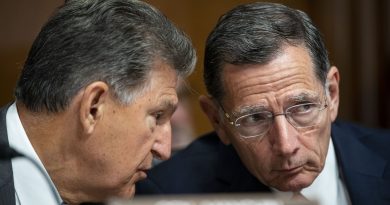