Skip to content
HEALTH
December 12, 2019 ENR
If you buy something through a link on this page, we may earn a small commission. How this works.

Neem oil is an extract of the neem tree. Some practitioners of traditional Chinese and Ayurvedic medicine use neem oil to treat conditions ranging from ulcers to fungal infections.

This type of oil contains several compounds, including fatty acids and antioxidants, that can benefit the skin.

Below, find out about the uses and potential benefits of neem oil, as well as the risks. We also provide tips for using neem oil on the skin.

Neem oil derives from the fruits and seeds of the neem tree. These trees grow mainly in the Indian subcontinent.

Neem oil is , such as palmitic, linoleic, and oleic acids, which . The oil is, therefore, a popular ingredient in skin care products.

The leaf of the plant also provides health benefits. The leaves contain plant compounds called flavonoids and polyphenols, which have antioxidant, anti-inflammatory, and antibacterial properties.

Researchers have only recently begun to examine how plant compounds influence health and disease. As a result, few scientific studies have investigated the use of neem oil in general skincare or as a treatment for skin conditions.

Authors of a of the available research into medicinal uses of neem concluded that its extracts can help treat a variety of skin conditions, including:

The following are some benefits of neem oil and the evidence behind these claims.

First, however, it is important to note that most of the studies involved cell lines or animals. Those that did involve humans only included small numbers of participants. This makes it difficult to draw conclusions about the effectiveness of neem in the general population.

A 2017 study investigated the anti-aging effects of topical neem leaf extract in hairless mice. The researchers first exposed the mice to skin-damaging ultraviolet B radiation. They then applied neem oil to the skin of some of the rodents.

The team concluded that the oil was effective in treating the following symptoms of skin aging:

The researchers also found that the extract boosted levels of a collagen-producing enzyme called procollagen and a protein called elastin.

Production of these compounds decreases as people age. This eventually leads to dry, deflated-looking, thin skin and the formation of wrinkles.

A similar 2013 study compared the effects of saline and neem oil on wound healing in rats. Those that received neem oil healed faster and did not develop raised scars.

A 2014 study investigated whether a gel containing neem oil and St. John’s wort could help reduce skin toxicity from radiation therapy. The study involved 28 human participants who were receiving radiation therapy for head and neck cancer.

All participants experienced some reduction in skin toxicity following treatment with the gel. However, it is important to note that this study did not include a placebo control.

A examined the antibacterial properties of cosmetic products containing neem compounds. The authors found that soaps containing extracts of neem leaf or neem bark prevented the growth of several strains of bacteria.

Most people can use neem oil safely. However, the EPA consider the oil to be a “low toxicity” substance. It can, for example, cause allergic reactions, such as contact dermatitis.

Also, while ingesting trace amounts of neem oil will likely not cause harm, consuming large quantities can cause adverse effects, especially in children. These may include:

People should use organic, cold-pressed neem oil. The oil should have a cloudy, yellow-brown color and a strong odor.

Neem oil is generally safe to apply to the skin. However, it is very potent, so it may be a good idea to test it on a small patch of skin before applying it more extensively.

To perform a patch test, mix a couple drops of neem oil with water or liquid soap. Apply the mixture to a small area of skin on the arm or the back of the hand.

If the skin becomes red, inflamed, or itchy, dilute the neem oil further by adding more water or liquid soap. Test this mixture on a different area of skin and watch for any signs of irritation.

People who are allergic to neem oil may develop hives or a rash after a patch test. If this happens, stop using the oil — and any products that contain it — immediately.

Some people use neem oil to treat various skin conditions, including infections and acne.

To use it as a spot treatment, apply a small amount of diluted oil to the affected skin. Let the mixture soak into the skin, then rinse it off with warm water.

Neem oil has a long history of use in traditional Chinese and Ayurvedic medicine. Despite this, researchers have only recently begun exploring the potential applications of neem oil in Western medicine.

Neem oil contains fatty acids, antioxidants, and antimicrobial compounds, and these can benefit the skin in a range of ways. Research shows that these compounds may help fight skin infections, promote wound healing, and combat signs of skin aging.

To use neem oil as part of a skincare routine, mix it with water or a carrier oil. It is important to do a patch test when trying neem oil for the first time.

Some people experience a reaction to neem oil, such as contact dermatitis. If this occurs, stop using the oil.

We picked linked items based on the quality of products, and list the pros and cons of each to help you determine which will work best for you. We partner with some of the companies that sell these products, which means Healthline UK and our partners may receive a portion of revenues if you make a purchase using a link(s) above. 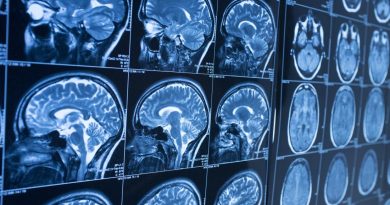 New approach may save brain cells in neurodegenerative diseases