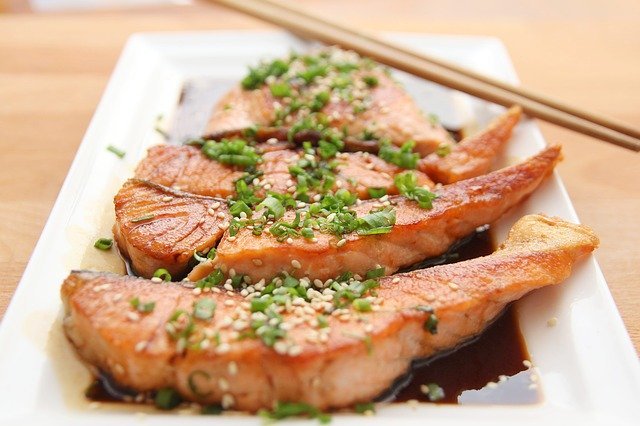 A recent study has reported that increasing fish intake could reduce the risk of developing dementia.

A recent study published in the British Journal of Nutrition has investigated whether eating fish can reduce the risk of developing dementia. The researchers rationalized that due to the nutrients contained in fish that have been associated with beneficial effects on neurological and cognitive health, it would stand to reason that eating more fish might be associated with a reduction in the occurrence of dementia.

To investigate this further the researchers analysed data from participants aged 65 years or older from Ohsaki, Japan, who provided details about their regular dietary intake, which included fish intake, as well as other foods. The researchers noted that 8.5% of participants went on to develop dementia.

The study reported that participants who had higher levels of fish intake had a reduced risk of developing dementia.

From these results, the researchers then calculated the ‘population attributable fraction’, which, in this case, is a measure of the potential reduction in the incidence of dementia that could occur if the general population ate more fish. They concluded that 2.6 million cases of dementia could be prevented worldwide, impacting significantly on medical costs and long-term care.

The researchers conclude that “an association was observed between higher fish consumption and a lower risk of incident dementia among healthy elderly people without disability. These findings suggest that habitual fish intake may be beneficial for the prevention of dementia.”

Image by Wow Phochiangrak from Pixabay

Biden administration’s booster shot guidance ‘prudent thing to do to stay ahead of this virus,’ says U.S. surgeon general