Scientists have found an inflammation mechanism that appears to play a key role in the formation of the toxic tau proteins that characterize Alzheimer’s and other brain diseases.

Alzheimer’s disease is the most common cause of dementia in older adults. Other forms include vascular, Lewy body, and frontotemporal dementia (FTD).

Previous research had already identified the large molecule’s vital role in triggering inflammatory substances from its location within immune cells in the brain.

In the new study, researchers from the German Center for Neurodegenerative Diseases (DZNE) and the University of Bonn, both in Germany, led an international team’s investigation of the NLRP3 inflammasome in Alzheimer’s disease and FTD.

They tested postmortem brain samples from people with and without FTD. They also used cultured brain cells and mice with characteristic brain features of Alzheimer’s and FTD.

The lead investigator was Michael T. Heneka, a professor at the University of Bonn and director of its Department of Neurodegenerative Diseases and Gerontopsychiatry.

Prof. Heneka is also the senior author of a recent Nature paper on the new findings.

In that study paper, he and his colleagues describe how tau protein transforms under the influence of inflammation processes from the brain’s immune system.

One of the functions that tau proteins perform in healthy brains is helping to stabilize the skeleton of the nerve cell or neuron.

However, in Alzheimer’s and FTD, tau proteins undergo chemical changes that make them come away from the cell skeleton and stick to each other instead. Without mechanical stability, the cell eventually perishes.

What makes the tau proteins detach from the cell scaffolds and stick to each other is a process called hyperphosphorylation that changes the chemical composition and behavior of the protein molecules.

Phosphorylation is a key regulator of protein activity in cells. It involves the addition and removal of phosphate (PO4) groups on the protein molecule.

Hyperphosphorylation means that the protein molecule is saturated with added phosphate (PO4) groups. In this state, the protein can behave in a very different way to normal.

The new findings reveal that the NLRP3 inflammasome triggers the enzymes that saturate the tau proteins with phosphate to the extent that they detach from the cell skeleton and form into clumps.

“It appears that inflammatory processes mediated by the inflammasome are of central importance for most, if not all, neurodegenerative diseases with tau pathology,” says Prof. Heneka.

In addition, the beta-amyloid plaques start to form during the early stages of Alzheimer’s, before the tau proteins begin to clump.

Previous work by some of the team had already implicated the NLRP3 inflammasome as a promoter of beta-amyloid accumulation.

Missing link between beta-amyloid and tau

Bringing the two sets of findings together reveals the NLRP3 inflammasome to be a common factor in the formation of beta-amyloid plaques and tau tangles.

“Our results support the amyloid cascade hypothesis for the development of Alzheimer’s,” explains Prof. Heneka.

“According to this hypothesis,” he continues, “deposits of [beta-amyloid] ultimately lead to the development of tau pathology and thus to cell death.”

He suggests that the inflammasome is the “decisive missing link” that bridges the disease processes of beta-amyloid and tau. “It passes the baton, so to speak,” he remarks.

The team envisages these findings leading to new ways of treating Alzheimer’s and FTD by targeting the tau transformation process.

Prof. Heneka believes that it should be possible to develop drugs that target tau pathology by altering the immune response.

“With the development of tau pathology, mental abilities decline more and more. Therefore, if tau pathology could be contained, this would be an important step towards a better therapy.” 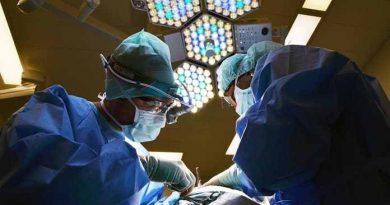 What role do brain lipids play in Parkinson’s disease?