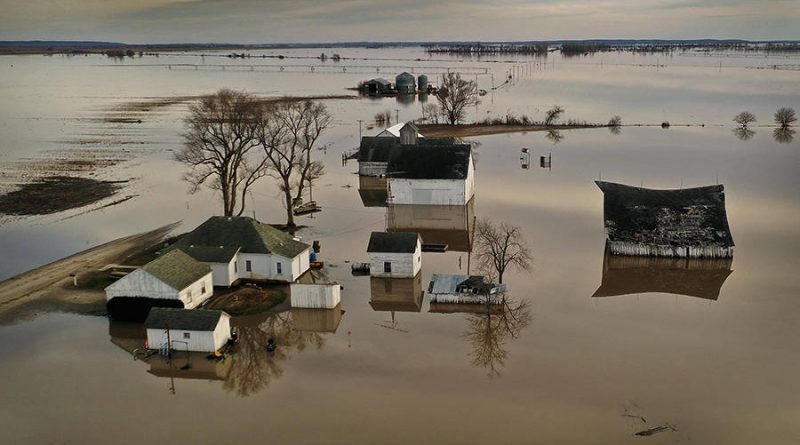 Think of a Minnesota with almost no ice fishing. A Missouri that is as hot and dry as Texas. River and lake communities where catastrophic flooding happens almost every year, rather than every few generations.

This, scientists warn, is the future of the Midwest if emissions continue at a high rate, and it threatens the very core of the region’s identity.

This may be the moment that the resilience and problem-solving nature of many Midwesterners can shine, says Ashlynn Stillwell, an engineering professor at the University of Illinois whose research focuses on the intersection of water and energy policy.

“We Midwesterners are more doers than talkers, and so protesting and talking about something is honestly annoying compared to doing something about it,” she said.

In “Unfamiliar Ground,” a joint project organized by InsideClimate News, reporters across the Midwest are exploring what communities are doing to respond to climate change, with stories from Illinois, Indiana, Michigan and Missouri, and this one from Minnesota.

“It is our job as elected leaders to be honest with people,” said Kim Norton, mayor of Rochester, Minnesota. “The way we live and the way we manage resources is going to need to change.”

From her office window, Norton has a clear view of how close the Zumbro River is to overflowing downtown flood walls. The city has an enviable level of flood protection, installed after the devastating flood of 1978, but the walls were just barely enough to handle high waters last year.

Torrential rains are happening more often in the city, part of a pattern seen across the Midwest. The government’s National Climate Assessment issued last year described how heavy rain events are increasingly causing disruption to transportation and damage to farms, property and infrastructure across the region, and it warned that that will continue to worsen in a warming world.

Norton has put climate change at the forefront of her agenda since taking office in January. The city is taking steps to adapt, such as updating sewers to deal with increasing stormwater. It also is working to reduce emissions with strategies such as a converting to all-electric buses and encouraging the city-owned utility to move to 100 percent renewable power.

This approach would not be affordable or politically viable in many places. But Rochester, with a population of about 115,000, has a thriving healthcare industry led by the Mayo Clinic and a voter base that is predisposed to trust science.

“I think we have to listen to the scientists,” said Darrell Strain, who was a member of the Rochester City Council from 1969 to 1991.

Strain, 82, was one of the leaders in developing flood control measures, which he says were the result of years of conversations within the community. He describes this as a process of learning and listening that worked because just about everyone felt like they were being heard. “It’s a teamwork thing,” he said.

Norton has taken a similar tack when talking about the effects of climate change.

“I think we’re ahead of the game, but change is hard,” she said. “I hope to be able to help people make this transition through listening, understanding that change can be difficult, but it also can be exciting.”

Evidence of the Damage and Risk Is Piling Up

One of the big obstacles that stops communities from taking action is that many people aren’t familiar with climate science.

“The real challenge is that if you don’t know what’s coming, then you don’t know how to plan,” said Jonathan Gilligan, a climate scientist at Vanderbilt University in Nashville.

We know a lot more about what’s coming than we did just a few years ago.

The latest National Climate Assessment spells out how higher temperatures, risks of droughts and dangerous heat waves, and erratic precipitation patterns could add to existing stress on Midwest communities that already are dealing with economic downturns, population loss and deteriorating infrastructure. The warnings are in line with what international reports have documented about the climate changes already underway around the world and the risks ahead.

The Union of Concerned Scientists issued a report in July showing that heat indexes—a calculation based on heat and relative humidity—are on track to rise to dangerous levels more often across much of the Midwest, even if the world makes significant progress in reducing carbon emissions.

That report has broad implications, as vulnerable people will need places to keep cool, outdoor workers will face heightened safety concerns, and crops and infrastructure will need to be able to withstand the heat.

In St. Louis, the average number of 100-degree Fahrenheit heat index days per year is now 11. With no action to reduce the greenhouse gas emissions that are driving climate change, the number would rise to 82 days by the end of this century, the report shows. With significant action to reduce emissions, it would rise to 46 days.

This helps to show local leaders that there is a need to plan for warming, and it gives them data to help explain the stakes to constituents.

Will We Still Recognize These Places?

Forecasts of a warming world can feel relentless, as can the steady stream of reports about the vanishing of regionally cherished plants or animals. For example, the National Audubon Society said last month that the loon, Minnesota’s state bird, is among 55 bird species likely to disappear from the state by 2080 if the world does not reduce carbon emissions.

And then there is a fading of activities that require deep cold, such as ice fishing, which is already seeing the effects of warming.

“Losing the ability to ice fish, or if it’s unsafe, is really going to affect the cultural identity and sense of place for people living in these northern regions,” said Lesley Knoll, a biologist at the University of Minnesota Itasca Biological Station and Laboratories.

She was the lead author of a paper published in August that traces the decline of cultural activities on frozen lakes, including the increasing cancellation of ice-fishing tournaments because of warming and unsafe ice.

Her research hints at a deeper question: Will climate change make places increasingly unfamiliar to the people who live there?

Tough Conversations, but ‘We’ll Get Through This’

There are opportunities to adapt. Local leaders should be helping residents prepare for the social and economic ramifications of climate change, said Don Albrecht, director of the Western Rural Development Center at Utah State University.

This means thinking about what rising heat will mean for local buildings and residents, and what kinds of industries are best equipped to persevere in a warming world.

These are difficult conversations. Some of the needed changes are expensive, such as flood protection. And some, such as the continuing loss of lake ice, are beyond the capacity of a single community to fix.

Albrecht has spent his career helping rural areas deal with economic changes. One recurring theme is that big problems are often evident long before they become crises.

This gets back to Stillwell’s sentiments that this is the time when the problem-solving nature of people in the Midwest can be put to good use.

“We’ve kind of seen it all,” she said, “and we are strong people so we’ll get through this.”

Learn more about the National Environment Reporting Network and read the network’s spring project: Middle America’s Low-Hanging Carbon: The Search for Greenhouse Gas Cuts from the Grid, Agriculture and Transportation 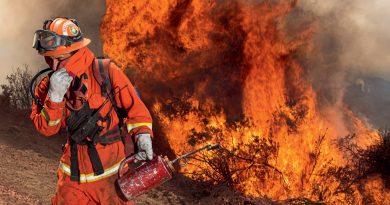 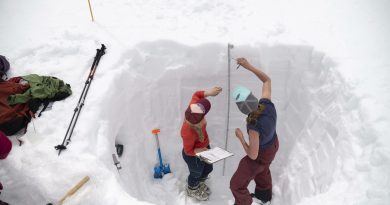 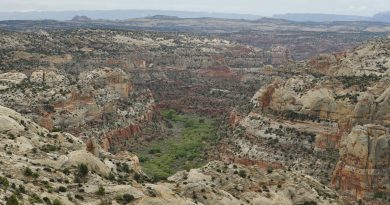