That’s because Warren’s proposals to lower drug prices may struggle to gain support, especially with Democratic representatives from states where the pharmaceutical industry employs many workers, said Gal, who covers the health-care industry, on “Power Lunch.”

“When push comes to shove, some of those representatives and senators will not toe the sharpest line that Warren wants,” Gal said. “On the other hand, if you had somebody like Bloomberg or Biden, [they would] probably be able to pull some of those Republicans and Democrats.”

Spokespersons for Warren, Biden and Bloomberg did not immediately respond to requests for comment on Gal’s remarks.

Warren, a front-runner in the 2020 presidential race, earlier this month announced her plan to pay for “Medicare for All.” Among the details in the outline, Warren vows to allow the U.S. government to negotiate lower drug prices for both branded and generic drugs and penalize pharmaceutical companies who fail to reach a deal. (Current rules prohibit the Department of Health and Human Services from negotiating drug prices on behalf of Medicare — the federal government’s health insurance plan for the elderly.)

Warren’s plan also wouldn’t limit the number of drugs the U.S. government can negotiate on behalf of beneficiaries, unlike a bill from House Speaker Nancy Pelosi, which caps the number of drugs negotiable at 250. Warren expects that her proposal will bring down Medicare prices for brand-name prescription drugs by 70% and prices for generics by 30%.

Biden, seen as a moderate, is instead calling for improvements to the Affordable Care Act, more commonly known as Obamacare. He too is advocating for the government to negotiate drug prices, but it’s unclear if there would be other provisions like a limit on negotiations.

Gal said some Republicans are already in favor of measures supported by Democrats, such as allowing the government to negotiate drug prices. But Republicans also want to make changes to health care “carefully,” without severely damaging the drug industry. 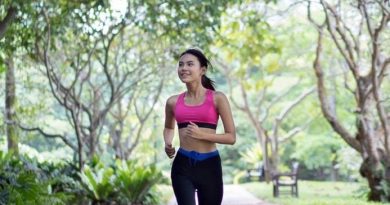 Antibiotics administered before age 2 are linked to ongoing conditions