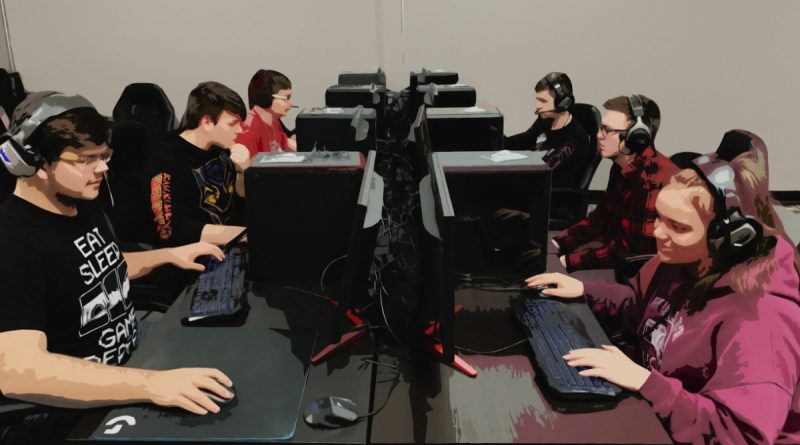 Video games aren’t just a drag on a kid’s study habits. Sometimes they can lead to college scholarships if your kid happens to be an esports star.

Tournament organizer High School Esports League (HSEL) has teamed up with the charitable organization Varsity Esports Foundation (VESF) to provide financial aid and opportunities for under-resourced students across the country.

HSEL is one of several competitive video game companies (rivals include PlayVS and All-Star Esports League) that is bringing esports to high schools. It has partnered with 2,100 schools and has 60,000 participating students.

Ever since a 16-year-old won $3 million in the Fortnite World Cup in July, high school students have been thinking about their chances to win esports glory. HSEL preserves the amateur status of high school students by awarding them scholarships that they can use in college. And that means esports is becoming a viable career for some young adults, albeit a fraction of those who play video games.

I spoke with Mason Mullenioux, CEO of High School Esports League, and Bubba Gaeddert, executive director of Varsity Esports Foundation. While some parents might think esports isn’t right for high schools, they say they have seen overwhelming support. And high school might be just the right way to teach kids about participating in sports the right way, without toxicity or bullying. 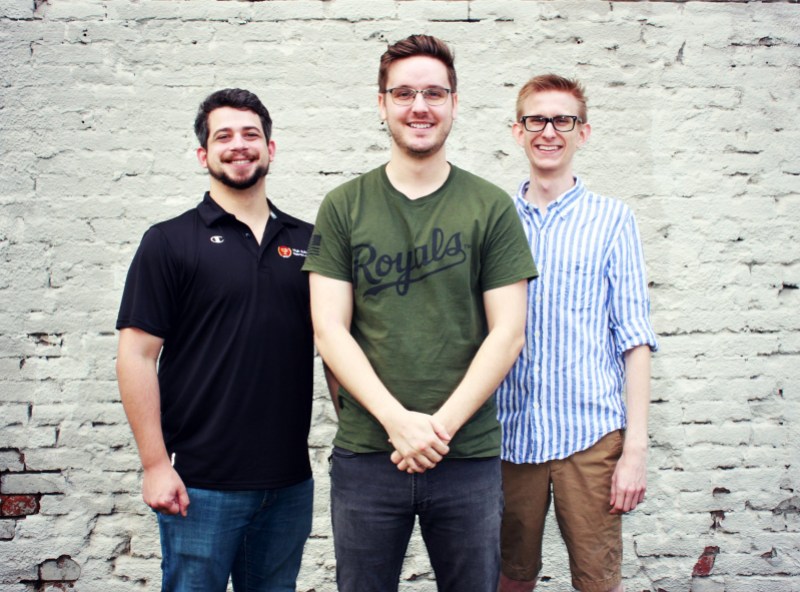 GamesBeat: High school esports is a big thing this year. I’ve talked to some of the other folks in the space like PlayVS and the All Star Esports League guy. Can you tell me how you got started?

Mason Mullenioux: We started in 2012 with some different projects. It was kind of out of necessity. You had the recession in the late 2000s. We wanted something that involved gaming and that was a way to give back to the gaming community that helped us through high school. That’s how the idea came about. We started running tournaments for a few years, just for fun, everything out of pocket. It got so big that we had to decide—okay, this is something real. Let’s turn it into something structured.

We started building out the tech platform so people could get involved and manage their clubs, provide some oversight and some structure there. We built new rulesets and guidelines and bylaws and all that stuff. We did that about two, two and a half years ago. We launched what we call our partnership program, where we’re directly partnering with schools. That means there’s a teacher there and the administration has given approval for the club to participate in the league. They use the logo, the colors, the name.

Our first season, we had about 160 schools signed up for the partner program. We’re up to about 2,200 now in the latest. The way our seasons work, we follow the semesters. Our big ones are fall and spring. It’s an eight-week season. Thinking of it like traditional sports, there’s a regular season and then playoffs leading to the finals. It’s school versus school. They pay a small fee to participate in the seasons. They can pay for a year, or we offer multi-year deals now as well.

We do things in the off-season as well. In winter and summer we run some smaller events that are more open. They don’t have to be involved with the school. It’s a more competitive, club-type traveling team, if you will. Altogether, we’ve served about 60,000 students on the platform right now.

GamesBeat: Does that mean you have 60,000 players in the leagues, or is that something different?

Mullenioux: They have other things that they’re doing. Sometimes in the fall they’re playing football or other extracurriculars. Same thing with spring. It’s split up. This fall season we have about 12,000 active participants.

GamesBeat: Which games are you focused on?

Mullenioux: We have all the big ones, except for League of Legends, because they wanted to do their own thing. We have Overwatch, Rocket League, Fortnite, CS: GO, Rainbow Six. We just added some sports titles this year for the first time. We have NBA2K and Madden. We’re trying to diversify and give everybody options to play the games they want to play.

Mullenioux: We’ve offered scholarships in the past. We don’t ever do straight cash prizing. It’s always scholarship-based. There’s a couple of reasons for that. It’s to promote higher education, but then there’s also—if the NCAA or other governing bodies decide amateurism is a thing they want to enforce in the college space, we don’t want to disqualify anyone from competing at that level. But with this partnership, now the foundation will hold and receive and distribute all scholarships through HSEL.

GamesBeat: Is that what the Varsity group already does for everyone else?

Bubba Gaeddert: That’s what we do now, yes. 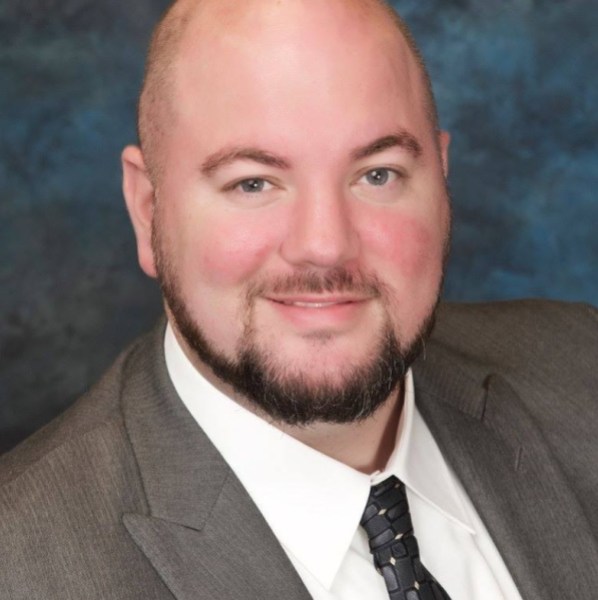 Above: Bubba Gaeddert is the head of Varsity Esports Foundation.

GamesBeat: What sparked your interest in esports? How did that develop?

Gaeddert: For the group, we’re a foundation created to support those students with a pipeline for them to be able to succeed through esports beyond high school, and beyond college, potentially. We chose to partner with HSEL because they’re the largest and the longest-running competitive gaming organization for high schools. There are other organizations out there, but the integrity and the values for HSEL are above and beyond everyone else when it comes to curriculum and scholarships. The other leagues may be more expensive, or cheaper or free, but HSEL has the right package. We were happy to partner.

GamesBeat: Where is the HSEL on charging students to participate? Do they pay some kind of entry fee?

Mullenioux: If you’re paying for one seat, it’s $37. But that price can go down significantly if your club is a lot bigger. The bigger the club, the cheaper the cost to participate. That’s to encourage club growth and the communities there in schools. It’s significantly cheaper than anyone else.

GamesBeat: I don’t recall whether the other leagues had this kind of scholarship designation for prizing. It didn’t really come up when I talked to them before, the distinction between cash and scholarship.

Mullenioux: Yeah, I don’t know. HSEL so far has helped facilitate around $20 million in scholarships now since our inception. That’ll grow as the college base grows, and with this foundation. The foundation isn’t just limited to HSEL. They’re planning to offer a lot of other scholarships, merit-based scholarships and things like that, outside of just winning HSEL seasons. That was another reason we wanted to partner with them. They were providing incentives for value to our students.

GamesBeat: As far as how the schools are embracing esports, have you noticed changes on that front? Did you face opposition early on?

Mullenioux: Early on, it was more prevalent than it is now. Mainly based around the shooter, as you can imagine. But the argument, or really the selling point, is that they’re going to play this at home anyway. Why not have it in a structured environment at school with adults there for supervision, teaching sportsmanship and how toxicity affects everyone? It’s not just you. There are a lot of life lessons you can learn in that arena there at school. They’re interested in these games anyway, possibly above anything else, so if you can use it as a tool—if you don’t you’re just going to be left behind. It’s an easy selling point. We can usually see the lightbulb switch on when we explain it that way.

Other than that, we don’t force anybody to be affiliated with any game. If they don’t want to be involved with the shooter games, they don’t have to. They can pick and choose whatever they want to offer. 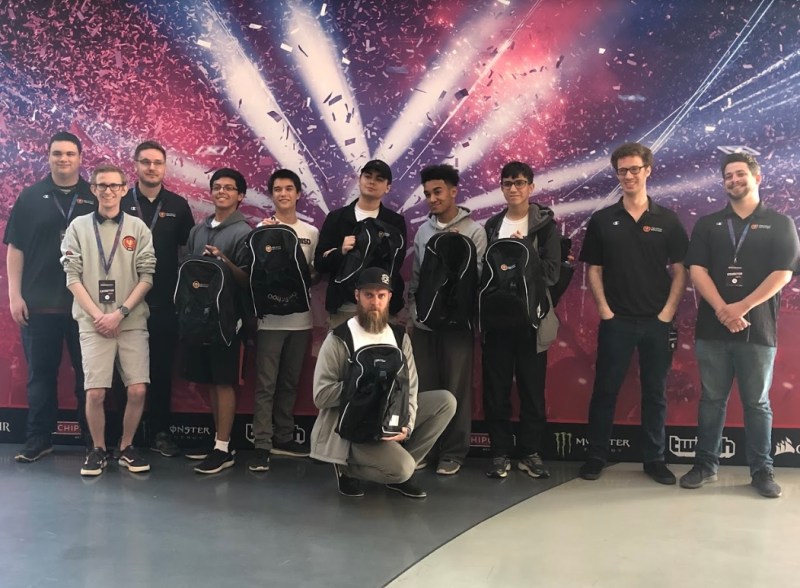 Gaeddert: That’s where the foundation comes in as well. We’re taking hold of that soft-skills side of the esports industry. We want to support schools and the industry as a whole, whether it be businesses or teams or professionals or colleges, in the sense of all those things Mason mentioned beyond the classroom. We do see, especially with the curriculum that we’ve created in partnership with teachers and a principal–this is a 150-page free curriculum that schools can use as an elective. It’s called “Gaming Concepts.” The benefit around that is we’ve seen an increase in GPA of 1.7, I believe, and about a 10 percent increase in attendance for these students.

Beyond just having gaming in your school, that team participation, just like any sport, provides the ability for kids to realize, “I need to do well in school. I need to get good grades. I need to eat right exercise like I would with any sport so I can be on the team and play.” The by-product of that is that these students are eating at home with their families and playing games with their friends. They’re socializing. It covers every base and every demographic of kids in school, too. It’s not just male or female. It’s coed, and it hits every subset, every clique of kids.

GamesBeat: As the Varsity group, are you guys okay with any type of game, or do you limit that in some ways, like with mature-rated games?

Gaeddert: There are limitations around certain games. The games HSEL provides are the best fit, as well as—the benefit here we have is we actually have data, an Oxford study about the linking of video games to violence that simply doesn’t find anything there. Part of what we do is literacy around esports and gaming. The foundation wants to help teachers, parents, and administrators understand beyond just what they see on the surface of kids playing video games. There’s a positive impact.

Beyond that skill set we’re teaching, kids can go to college on the scholarships we provide. They can potentially go on to careers in the tech industry or anywhere else because of the opportunities they had in high school.

GamesBeat: I went to an esports conference recently and came across some brands there that said they didn’t want to back any games featuring red blood. Green, blue, black blood, that’s okay, but apparently red blood is one of those lines they don’t want to cross. It sounds like you don’t have as much of that distinction.

Mullenioux: No. It’s kind of also a statement. Our main core value is that as much opportunity as we can provide to students, we will. Removing a game like that when there are professional opportunities and scholarships there, it doesn’t serve our mission or our core values. And like Bubba said, we don’t believe that there’s link there. In fact we believe the opposite, that it reduces aggression. So it’s a statement. We’re supporting the esports industry as a whole, but overall and more important, we’re supporting students.

Gaeddert: To add to that, the subset of kids who struggle with loneliness, with feelings of not belonging, they now have something that they can belong to. They don’t need to be physically able to dribble a basketball or tackle somebody. They can be physically able to do what they like to do on a daily basis and use technology. That subset of kids now has the ability to partner up and have social interactions around a team aspect. That’s really beneficial. That’s our passion. Our passion’s not anything else but that right there. 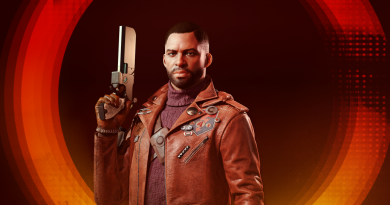 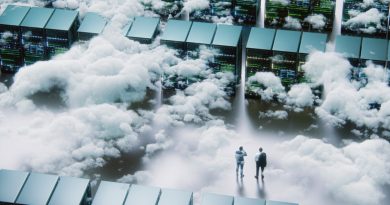 The difficulty of scaling a Frankencloud 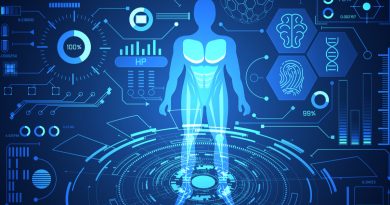