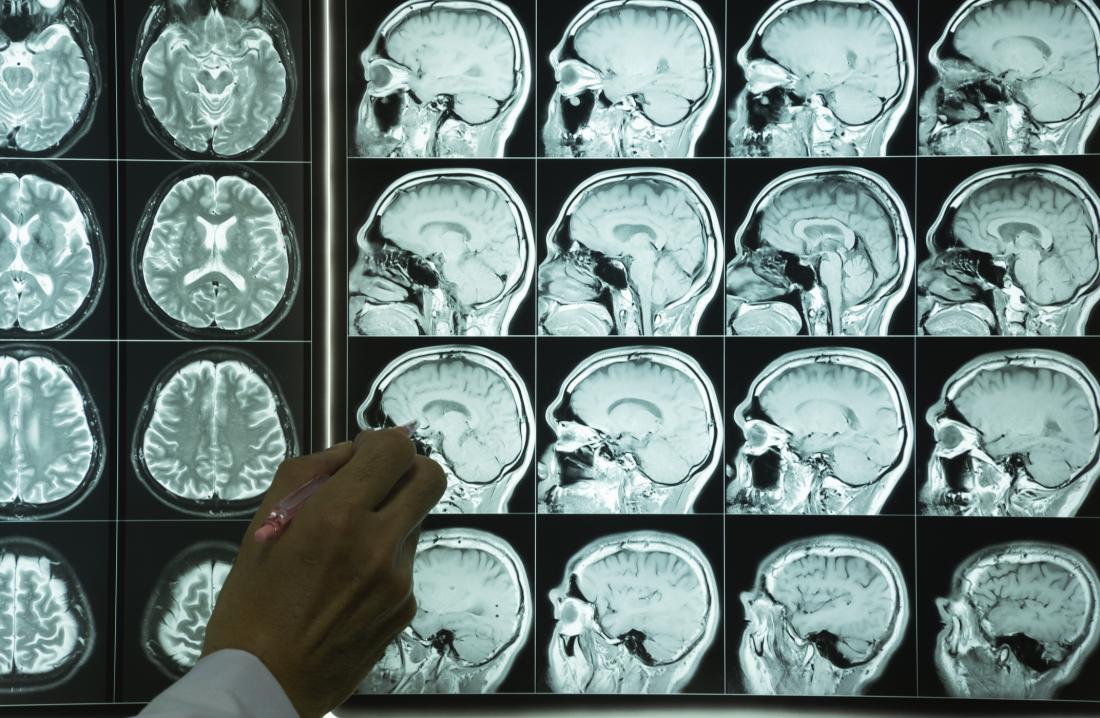 Researchers have used MRI scans to improve their prediction of brain atrophy progression in a type of dementia.

Frontotemporal dementia (FTD) is a condition in which the frontal and temporal anterior lobes of the brain shrink, or atrophy. This results in two broad categories of symptoms: behavioral changes and language problems. Unlike in other forms of dementia, FTD does not affect spatial awareness and memory.

There are currently no treatments for slowing the progression of FTD. The medical community has insufficient knowledge of how the disease spreads and how differently it progresses between individuals.

To help understand the condition, Dr. William Seeley — a professor of neurology and pathology at the Memory and Aging Center and Weill Institute at the University of California San Francisco — together with his team, set out to examine the patterns of brain atrophy progression in FTD.

Dr. Seely and his colleagues published their findings in the journal Neuron.

The new study builds on previous work by Dr. Seeley, which showed that in various forms of dementia, brain atrophy patterns largely overlap with well known “highways” in the brain.

These highways are brain networks, or groups of brain regions that communicate closely via their synaptic connections, functioning together. These brain regions cooperate, sometimes from afar, with the functional brain networks enabling this long distance communication by serving as “roads.”

Dr. Seeley’s previous work on how degeneration spreads showed that neurodegeneration, or atrophy, does not spread evenly like a tumor, but can “jump” from one brain area to another.

The new study adds to this evidence. Here, the scientists examined how well neural network maps based on brain scans from cognitively healthy participants can predict the advancement of brain atrophy in people with FTD over 1 year.

To find out, the team asked a group of 42 people living with one of two subtypes of FTD to have an MRI scan at the beginning of the study and another one about 12 months later. This way, the researchers could see how the disease progressed.

Then, using the functional MRI brain scans of 75 healthy participants, the researchers created standardized maps of 175 different brain areas and the corresponding regions that they communicated with.

After they identified the brain networks in this way, the team picked the one network that most closely matched the brain atrophy pattern observed in a person with FTD.

Dr. Seeley and his team identified and deemed the center of this specific brain network as the “patient-tailored epicenter” of brain degeneration.

Using the same standardized brain network maps, the researchers predicted where the atrophy would spread to over 1 year, and compared their predictions with the MRI scans.

They also compared the accuracy of their predictions with predictions that did not account for functional network connectivity.

The researchers identified two functional connectivity measures in particular that improved the accuracy of their predictions.

One of them, called “shortest path to the epicenter,” measured the number of synaptic connections between the initial epicenter and the brain area to which the damage had spread.

The other measure, the “nodal hazard,” measured the number of already atrophied brain areas connected to one main, given brain area.

“It’s like with an infectious disease, where your chances of becoming infected can be predicted by how many degrees of separation you have from ‘Patient Zero’ but also by how many people in your immediate social network are already sick,” says Jesse A. Brown, the study’s first author.

He adds that their findings will hopefully help scientists determine and target the next disease site, “Just like epidemiologists rely on models of how infectious diseases spread to develop interventions targeted to key hubs or choke points.”

“Neurologists need to understand the underlying biological mechanisms of neurodegeneration to develop ways of slowing or halting the spread of the disease,” he adds.

“We are excited about this result because it represents an important first step toward a more precision medicine type of approach to predicting progression and measuring treatment effects in neurodegenerative disease.”

However, the scientists also emphasize the fact that their method is not yet ready for clinical use. They do hope that in the future, their results will help evaluate potential therapies that have entered clinical trials.

Cramer Remix: What “Medicare for All” would mean for UnitedHealth Group

Everything we know about Haven, the Amazon joint venture to revamp health care