Boats are seen at the Dalian Bay shrouded in haze on a polluted day in Liaoning province, China October 22, 2019. REUTERS/Stringer

In an action plan for October 2019 to March 2020, China said 28 smog-prone northern cities, including the capital Beijing, would have to curb emissions of lung-damaging small particles known as PM2.5 by an average of 4% from a year ago.

The particles are a major component of the smog that engulfs China’s northern regions over winter as people switch on coal-fired heating systems.

However, the targeted decrease is 1.5 percentage points lower than an earlier draft, and would not be enough to reverse a 6.5% surge throughout the Beijing-Tianjin-Hebei region over the same period last year.

Last year’s jump came even though authorities targeted a cut of 3%, with efforts derailed by warmer weather and an increase in industrial activity after regions were given more flexibility to devise their own anti-smog measures.

This year’s lowered ambitions mean that as many as 15 of the 28 cities could have higher levels of smog than two years ago, even if they meet their targets, said Lauri Myllyvirta, senior analyst with Greenpeace.

An environment ministry official acknowledged last week that China’s pollution situation was still “serious”, with PM2.5 in the region up 1.9% in the first three quarters.

In setting this year’s targets, China had to consider “maintaining stability” as well as “actual working conditions” in each location, the official said in a statement, adding that there were risks the goals would not be met.

PM2.5 levels in Anyang, China’s most polluted city last winter, soared 13.7% last year. It is targeting a 6.5% cut this year. Nearby Puyang will target a 6% fall this year, even though its average PM2.5 surged more than 20% a year ago.

The environment ministry has been at pains to say China’s “war on pollution” would not be affected by a slowing economy, with local governments no longer judged merely on crude economic growth.

But there have already been signs Beijing will compromise, with Premier Li Keqiang saying earlier this month that China remains dependent on coal and will encourage clean and green mining. 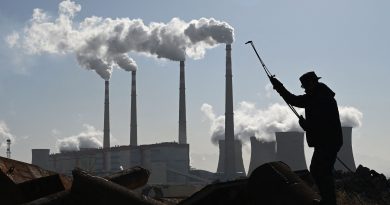 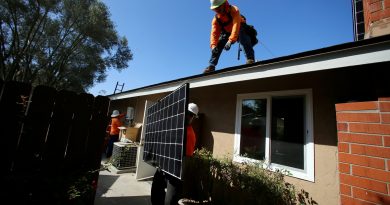