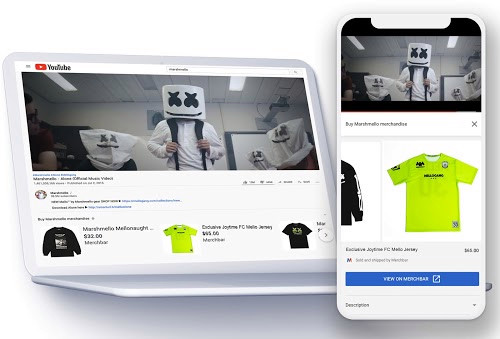 YouTube is partnering with Merchbar on a new integration that will allow artists to sell their official merchandise to their worldwide fans from a shelf just below the video.  The addition is the latest deal focused on helping video creators make more money from their videos, beyond the revenue brought in through advertisements and subscriptions.

Last year, YouTube announced a series of enhancements to the platform which focused on revenue generation, including channel memberships, premieres, merchandise, and more.

The merchandise feature was one of the more notable additions, as it lets creators put a shelf beneath their video where they can sell directly to fans. For example, they could sell their branded apparel like shirts and hats and other items.

The company claimed at the time that “thousands” of channels had more than doubled their revenue as a result of Merch shelf and other integrations, like Super Chat and Channel Memberships.

With this new Merchbar partnership, YouTube is now focused on serving its artist community.

Merchbar today carries over 1 million items from 35,000 artists, making it one of the largest music merchandise aggregators worldwide. Now, YouTube artists who have an Official Artist Channel on the platform will be able to promote their merchandise right beneath their music videos. (Marshmello, never one to shy away from a marketing opportunity, made a soccer jersey exclusively for Merchbar and YouTube.)

As with prior merchandise integrations, the new Merchbar shelf will sit directly under videos on both desktop and web. Users can also click through from the shelf to the artist’s Merchbar website. In prior merchandise partnerships, YouTube took a small cut of transactions on items sold through its site. It didn’t say what sort of deal it has with Merchbar, however.

The launch comes at a time when Google is more heavily invested in its YouTube Music service, a Spotify and Apple Music rival designed to offer both music and videos, including content not found elsewhere like live performances or remixes. The company recently made the YouTube Music app the default music app on Android, which should boost its adoption.

Eligible artists who have a Merchbar store offering U.S. fulfillment can sign up for the new merch shelf from YouTube Studio.

The feature is launching first in the U.S., and will later expand internationally. 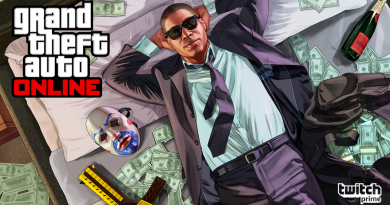 Take-Two boss: ‘Development cycles are not getting shorter’ 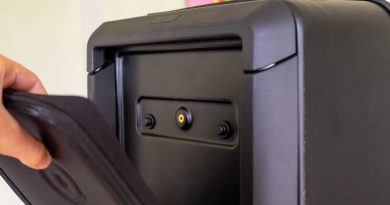