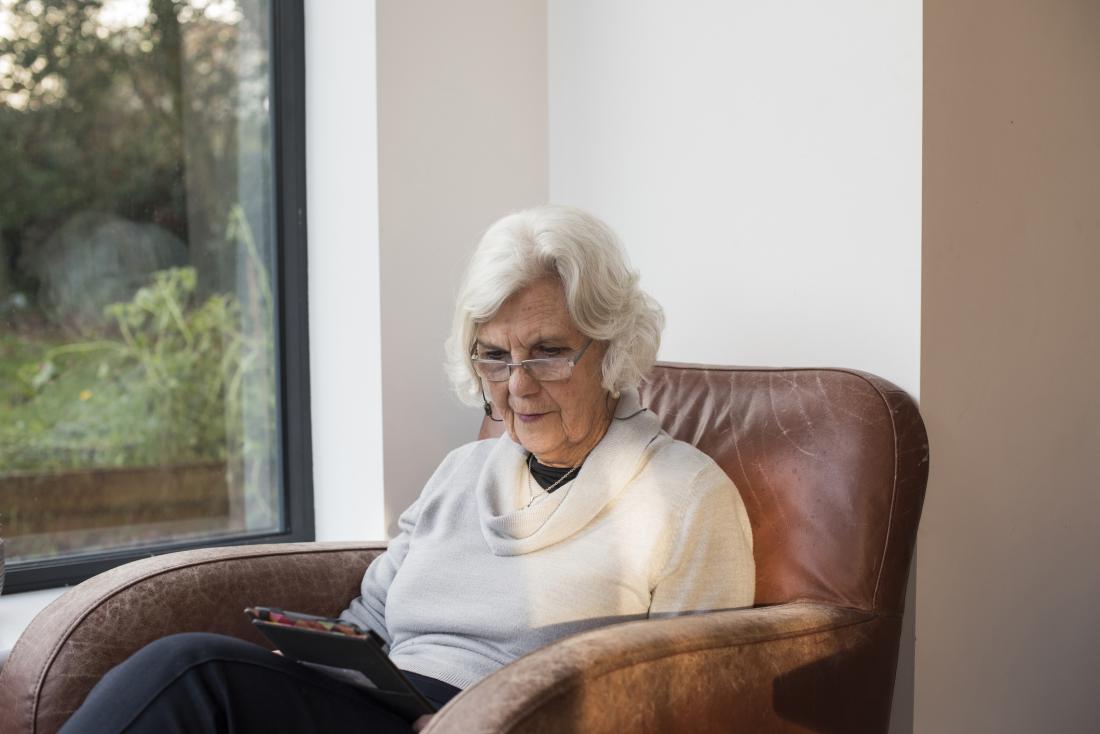 An innovative wearable device can significantly reduce memory loss in Alzheimer’s disease, according to a new clinical trial.

Alzheimer’s disease affects millions of people in the United States and worldwide, but as yet there is no cure for this progressive neurodegenerative condition.

The condition’s main physiological characteristic is the aggregation of beta-amyloid and tau protein in the brain, which disrupt normal communication pathways between brain cells.

Scientists have been aware of this aspect of Alzheimer’s for years but have so far been unable to prevent the aggregates from forming, or to dissolve them once formed — not in humans, at least.

But now, researchers affiliated with NeuroEM Therapeutics — a medical device company based in Phoenix, AZ — have developed a wearable device that, according to their recent open-label clinical trial, can significantly reduce memory loss in Alzheimer’s by disaggregating toxic protein formed in the brain.

The device has the shape of a cap, and it emits electromagnetic waves in a frequency that, as preclinical studies in mice have shown, can help reverse memory loss. The research team that conducted the clinical trial reports the groundbreaking results in a study paper that appears in the Journal of Alzheimer’s Disease.

“Despite significant efforts for nearly 20 years, stopping or reversing memory impairment in people with Alzheimer’s disease has eluded researchers,” notes one of the researchers, Dr. Amanda Smith, who is the director of clinical research at the University of South Florida Health’s Byrd Alzheimer’s Institute in Tampa.

“These results provide preliminary evidence that [transcranial electromagnetic treatment] administration we assessed in this small [Alzheimer’s disease] study may have the capacity to enhance cognitive performance in patients with mild to moderate disease.”

For the trial, the researchers worked with eight participants with mild to moderate Alzheimer’s disease and their caretakers, who received instructions on how to use the therapeutic device at home. The participants received the treatment twice a day for 2 months, and each session lasted just 1 hour.

By the end of the 2 months, none of the participants had experienced any side effects. Brain scans conducted by the researchers at the end of the study showed that the eight individuals had not developed tumors or brain bleeding as a result of having used the device.

To assess whether the treatment had helped the participants, the investigators used The Alzheimer’s Disease Assessment Scale-Cognitive Subscale test (ADAS-cog), the most widely recognized method of assessing cognitive function.

The team found that seven of the eight participants saw an increase of over 4 points in cognitive performance on the ADAS-cog scale after 2 months. This, the researchers explain, is as if the participants’ cognitive function had “rejuvenated” by a year.

“We were particularly surprised that this highly significant improvement in the ADAS-cog was maintained even 2 weeks after treatment was completed,” says Dr. Gary Arendash, CEO of NeuroEM Therapeutics. “The most likely explanation for continued benefit after cessation of treatment is that the Alzheimer’s Disease process itself was being affected,” he adds.

The researchers also collected blood and cerebrospinal fluid samples from the participants both at baseline and at the end of the clinical trial.

In analyzing them, they found that the intervention appeared to have led to the disaggregation of beta-amyloid plaques and tau tangles, which are associated with progressive cognitive function impairment in Alzheimer’s.

Furthermore, MRI scans also suggested that after the 2-month treatment period, the participants had better communication between brain cells present in the cingulate cortex, which plays a key role in cognitive function — including decision making.

The researchers behind the innovative device also note that they received the best feedback they could have received: all of the participants decided to hang onto the devices they got as part of the clinical trial.

“Perhaps the best indication that the 2 months of treatment was having a clinically important effect on the [Alzheimer’s disease] patients in this study is that none of the patients wanted to return their head device to the University of South Florida/Byrd Alzheimer’s Institute after the study was completed,” says Dr. Arendash.

The team is particularly excited about the device’s effect on toxic brain plaques. They say that drugs tested in clinical trials have, so far, been much less successful in disaggregating these disruptive buildups.

So, the investigators do not plan on stopping at this small clinical trial. Going forward, they have offered the current trial’s participants’ the opportunity to take part in a much larger clinical trial, which the research team is now organizing.

All the former participants have accepted this offer. The new trial is due to last around 17 months, on average, and will include about 150 participants with a diagnosis of mild to moderate Alzheimer’s disease.

The medical device company hope that they will be able to gain Food and Drug Administration (FDA) approval for their technology over the next couple of years and make the device available to the public by 2021.

My experience living with extreme anxiety