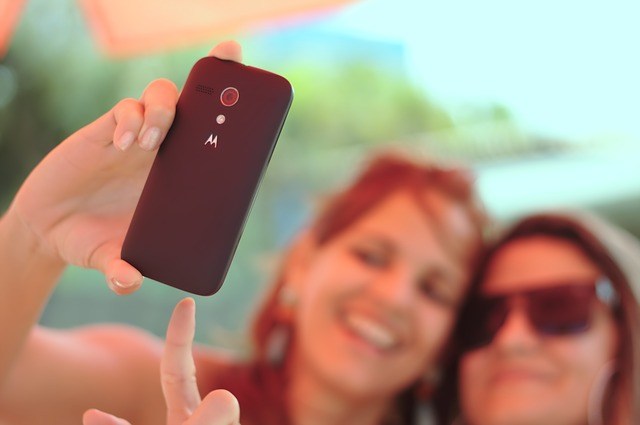 New study explores whether we have an innate sense of how to take the perfect selfie.

How to take the perfect selfie? It’s a question as old as … well, as old as camera phones. A new study published in the journal PLOS ONE explores a theory that humans have a subconscious preference for eye position in a portrait or self-portrait (1). This theory is based on the observational work of CW Tyler. By examination of spatial arrangement, Tyler discovered that painters throughout the centuries have displayed a preference for arranging portraits so that one eye is horizontally placed above the centre of the portrait.

However, the theory of eye-centring has not been universally accepted. Many have questioned whether it represents a statistical necessity rather than a conscious or unconscious preference. When taking a portrait or self-portrait, the artist must capture a large object (a person’s head) within a small space (the frame). As the eyes occupy a significant proportion of the central region of anyone’s face, it seems likely that one eye will lie directly above, or very close to, the centre of any portrait.

Further complicating matters is the issue of “pseudoneglect”. This refers to the tendency of most people to incorrectly identify the centre of an image, usually identifying an area to the left of the actual centre. If there was a preference for attempting to centre one eye, and given that most people misidentify the location of the centre, shouldn’t we see an actual preference for slightly left of centre?

A previous study exploring this concept found no evidence of eye-centring. However, the self-portraits used in that study were not “natural”. They had instead been taken on request for the purposes of the study. The research team suggest that spontaneous selfies taken by untrained individuals do in fact display an eye-centring bias.

How did they test their theory?

To properly test this hypothesis, the researchers accessed a publicly available online data set of some 4,000 selfies posted from six cities across the world. They excluded pictures that did not meet their criteria (e.g. group selfies or portraits which were not taken by the subject of the portrait). The final usable database consisted of 3556 selfies.

So, how should I be taking my selfies?

The results of the analysis showed a clear tendency towards the most centred eye being located at or extremely close to the horizontal centre of the image. This was consistent across the variables sex, selfie type, and city of origin. There was also a small, but statistically significant preference for centring the left eye rather than the right.

Finally, they ran a series of statistical analyses to see whether the distribution they observed could, in fact, be due to a statistical inevitability, as had been suggested by critics of the eye-centring hypothesis. This analysis showed that the observed results different from the statistical predictions.

The results of this study support the idea of subconscious eye-centring. They also correspond with the theory of pseudoneglect as a slight leftward bias was observed. It is interesting that without being aware of it, or receiving any training in photography, individuals from six globally dispersed cities all displayed this same tendency. However, the scope of the study does not allow for examination of the reasoning behind this observed practice. This highlights an area of potential future research, to explore the underlying processes. But for now, the implications of the study are limited to how I’ll pose in my next selfie! Remember people, eyes slightly left of centre! 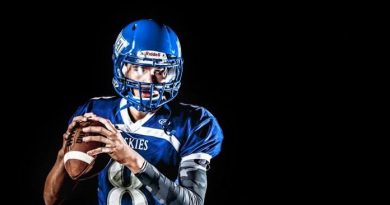 What are the consequences of head injury in youth football?