CBS, CNN and other major media companies are starting to pull e-cigarette advertising off their airways as the death toll from a mysterious vaping-related disease continues to climb and health regulators across the world pull flavored vaping products off their shelves.

CBS decided to stop taking future e-cigarette advertising, a spokesman confirmed to CNBC on Wednesday. The decision comes nearly a week after CNN told The Daily Beast it would no longer allow vaping products to advertise on its network. The cable news channel said it would reconsider the policy if research shows vaping products were not harmful.

CNN’s parent company WarnerMedia is also dropping e-cigarette advertising from its other networks. That includes cable channels TNT and TBS, which have both run ads for vaping company Juul in recent weeks.

“WarnerMedia reserves the right to withdraw advertising from its platforms at its discretion,” spokeswoman Jennifer Toner said in a statement to CNBC. “Given warnings from the CDC, the AMA and the American Lung Association to consumers, our company has revised its policies regarding e-cigarette advertising, and will no longer accept advertising for this category. We will continue to monitor the investigations by relevant medical agencies and may re-evaluate our position as new facts come to light.”

According to ad measurement company iSpot, more than 20 networks have run Juul ads in the past two weeks, costing more than $2.2 million for more than 900 airings. CNBC has reached out to each network for comment.

Last week, CNBC reported that Juul planned to continue running its “Make the Switch” ad campaign even after the Food and Drug Administration accused the company last week of illegally advertising its nicotine pods as a safer alternative to cigarettes. Companies can’t advertise their products as less harmful than cigarettes without the FDA first approving the claims, and Juul has not yet submitted an application with the FDA.

Federal regulators and lawmakers on Capitol Hill have opened multiple probes looking into Juul’s advertising and other practices. U.S. health officials announced plans last week to pull flavored e-cigarettes off the market while foreign regulators took aim at the industry. Health officials in India said Wednesday they are issuing an executive order to ban e-cigarettes entirely. Chinese retailers have also pulled Juul products from their websites in recent days.

At least seven people have died and roughly 400 people have become sick from a mysterious lung illness doctors have traced back to vaping, according to state health agencies and the Centers for Disease Control and Prevention. Doctors say it resembles lipoid pneumonia, a specific type of pneumonia that occurs when oil enters the lungs.

In many cases, patients vaped both nicotine and THC, the marijuana compound that produces a high, complicating efforts to identify a culprit. Still, the outbreak has heightened scrutiny of vaping and prompted lawmakers to call for stricter regulation of e-cigarettes.

Juul didn’t immediately respond to a request for comment Wednesday. 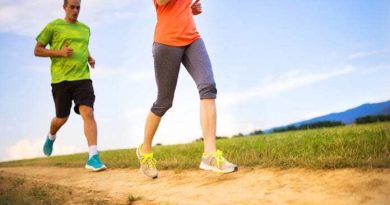 Is body mass index still an effective way to determine your health status?