Can you think back to an old class from high school or college, when at the time you were daydreaming, wondering if this lesson really had any relevance to you? Then, months, maybe years down the road, that lesson ended up playing a major role in your direct life. Well that was the case for Arjun Srivathsa, the lead of The Dhole Project with WCS India.

In October of 2018, Arjun first came to speak at WCN’s Expo to advocate passionately on behalf of the endangered and little-known dhole—also known as Asiatic wild dog—shedding light on their importance to their native ecosystems. That week, he also took part in workshops with WCN that he did not realize were relevant to him at the time because he was just a researcher, and was not in a leadership position to really apply some of the lessons. However, in the months that followed, Arjun was given more responsibility in leading The Dhole Project, and began constantly thinking back to his notes from the Fall, tapping into lessons from from WCN’s workshops without even realizing it. Over the year, Arjun recognized that skills like how to best manage his team of researchers, resolve conflicts with India’s Forest Department, and maintain relationships with his supporters were crucial to his success. Previously, Arjun mainly saw himself as a researcher, but now he has learned how to be a manager as well. In Arjun’s words, “WCN’s Expo and workshops couldn’t have happened at a better time.” 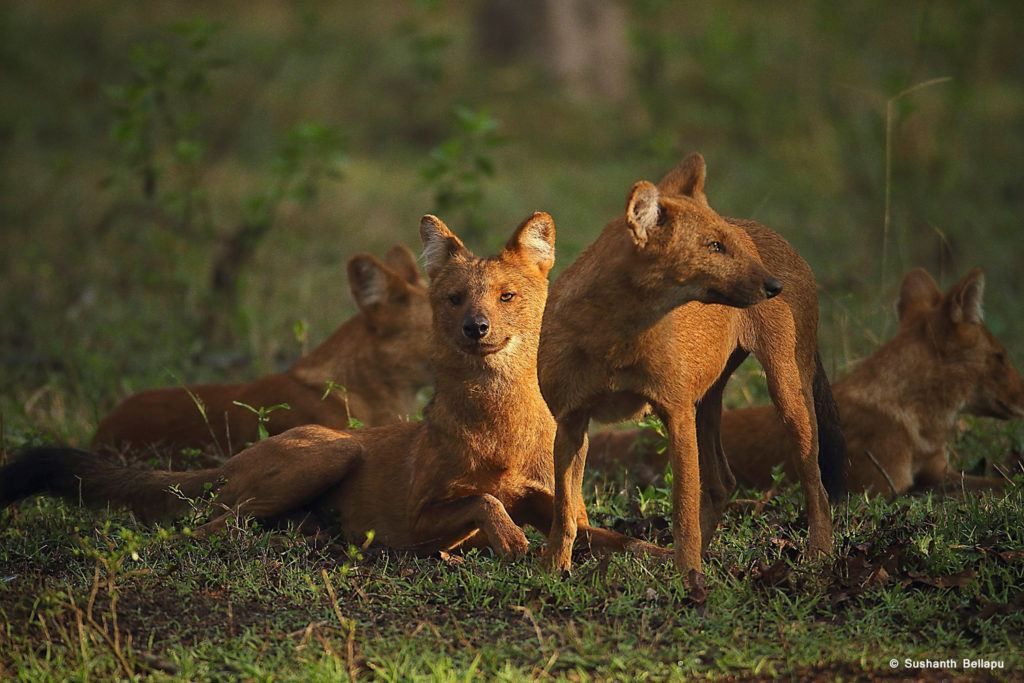 Dholes, or Asiatic wild dogs, are found in packs throughout central, south, and southeast Asia.

Luckily, these new skills made for an incredible year for The Dhole Project. In February, Arjun kicked the year off in Thailand, meeting with the IUCN Dhole Working Group’s first global meeting. The Working Group assessed the current status of dholes worldwide and initiated cross-boundary collaborations to share scientific expertise and aid conservation efforts. Arjun is now working with the IUCN Conservation Planning Specialist Group to design viability and connectivity models for dholes in India’s Western Ghats, a landscape that supports what appears to be the largest dhole population in the world.

This summer, The Dhole Project published the world’s first long-term study to estimate and monitor dhole populations in the international journal Scientific Reports. Arjun and his team monitored dholes for over a decade in the Western Ghats. Walking in rain and shine, traversing hills and rivers, circumventing several risky encounters with elephants, Arjun and his field team surveyed miles and miles of the Western Ghats, collecting valuable information on dholes and their prey species. Unfortunately, the study showed that dhole populations had declined over the ten years of their research, reinforcing Arjun and the team’s determination to enhance their conservation efforts and work with the Indian government to protect the landscape.

Wasting no time to act on his research, Arjun is now excited to work closely with India’s Forest Department to train their field staff, build local capacity, and create standardized methods to reliably monitor dhole populations, first in the Western Ghats and subsequently across the dhole range. Moving forward, he also hopes to use genetic tools as a way to improve monitoring of the dhole populations.

Arjun received a scholarship from WCN back in 2015, and he has demonstrated just how valuable continuing his education has been. He admits that sometimes, the things we learn do not always seem relevant in the moment, but we find out down the road just how crucial those lessons are. “I’ve really loved working with WCN, and am so grateful for what they’ve done, so I hope to come to more Expos and workshops in the future.”

To keep up to date with Arjun’s work on The Dhole Project, check out check out their website and donate to support their work. Your continued support of The Dhole Project will help to save dholes in critical landscapes of India and also create a strategic roadmap for dhole population recovery across their range. To keep in touch with Arjun, send an email to thedholeproject@gmail.com. On that note, WCN sends Arjun and the team a dhole lotta’ love in their valiant efforts to protect this beautiful endangered species! 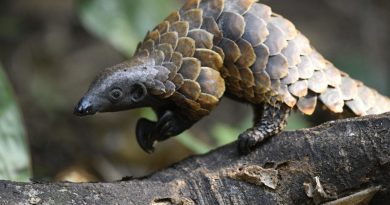 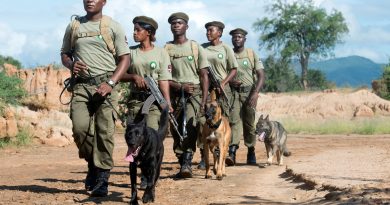 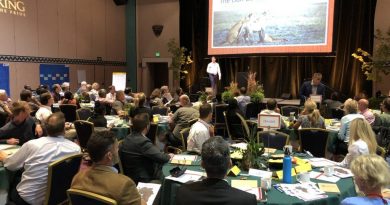