TREASURE CAY, Bahamas (Reuters) – Sam Smith, 25, was on her way to what was left of the local grocery store on the decimated Bahamian island of Great Abaco when she saw her first dead body.

After Hurricane Dorian destroyed her home in Central Pines, she needed food for her two-year-old daughter. She didn’t want to steal, but the store had been leveled, and looters were already ransacking it, so she figured she would see what she could find.

What she found first, it turned out, was a bloated body by the store’s entrance. He appeared to have drowned, Smith said.

Later, Smith and a friend went to a trailer park to check on a coworker who lived there.

“He wasn’t in his trailer but we found his body swollen up in the water,” she said.

In the punishing sun outside Treasure Cay Airport on Thursday, Smith and hundreds of other stranded Bahamians waited for relief flights on Thursday that weren’t guaranteed to come.

From afternoon until night, stories of epic survival struggles permeated the crowd. Several told Reuters of running to neighbors’ homes after theirs were destroyed, only for those homes to crumble as well.

Even those whose houses survived say they must leave Abaco to find work, childcare and medical services. “There is simply nothing left there,” said Anita Pinder, a 38-year-old mother of two. “It has vanished. It’s just rubble.”

While they waited, the survivors relayed the traumas of the preceding days, scenes of drowned bodies, destroyed homes and the constant, nauseating smell of rotting flesh.

“You smell the decomposing bodies as you walk through Marsh Harbor,” said Sandra Sweeting, 37. “It’s everywhere. There are a lot of people who aren’t going to make it off this island.”

Some of the waiting masses were promised a departure on Bahamasair, others on relief flights from volunteer groups or charters. Some were simply at the airport without a plan, hoping to land a ride to Nassau or the United States, and still others were there seeking supplies.

The small airport in Treasure Cay, a sliver of land connected to Abaco known for its resort, is now in ruins, its buildings toppled, the forest behind it stripped naked so the trees look like used matchsticks.

Bottles, trash and dirty puddles span the lot by the runway. Splintered chunks of roof, sprawled across the lot like beached whales, became bleachers for tired survivors, heads covered in shirts, towels and hats to soothe the hours of merciless Caribbean sun.

As would-be evacuees clamored for answers from anyone who looked to be in charge, tensions mounted. Police, as well as officers from the Royal Bahamas Defence Force, in camouflage and carrying weapons, kept the peace as locals argued over access to supplies coming in on relief flights.

“There’s an urgent need to get people off this island,” said Marine Seaman Elmore Steele, 24.

Steele, speaking to Reuters through dark glasses, gun pointed at the ground, said he has not seen any violence, and would neither confirm nor deny reports of violence breaking out in Abaco.

Dorian, the most powerful hurricane on record to hit the Bahamas, swept through the islands earlier this week, leveling neighborhoods and knocking out key infrastructure. Hundreds, if not thousands, of people are still missing. The death toll, which currently stands at 30, is likely to shoot up.[nL2N25W07E]

The Treasure Cay airport has no lights, so planes cannot take off after sunset. As the sun sunk low in the sky, tensions crescendoed. Crowds mobbed a Bahamasair organizer taking names for its final flight.

As the company furiously rushed families aboard, others raced between idling charter jets, asking if each had any space.

When the dust settled, some 20 to 30 evacuees were forced to sleep in cars or make camp at the airport. Others left, though the sheer destruction of Abaco warded many off traveling away from the airport.

“There is no community there,” said stranded evacuee Wendy Hawkes. “It’s just gone.”

Two police officers stayed to serve as security guards, handing out water, cookies, cakes, tents and sleeping bags from a shed where incoming supplies were being stored.

By midnight, clusters of travelers dotted the flat expanse of total darkness that hours earlier had bustled with the chaos of a rescue mission. The stars shone bright in the dark, stragglers left to chat the night away or try to sleep against the faraway chorus of singing frogs.

“Everyone is quite calm,” said Inspector Addison O. Ferguson, the supervising security guard. Ferguson downplayed reports of violence in Dorian’s wake, saying most loiterers are just survivors looking for places to sleep.

Hawkes and her husband, Christopher Kennedy — a U.S.-based couple who had spent six months house-sitting for a family friend in Marsh Harbor — got food from a Bahamian customs worker they’d befriended earlier. She brought them leftovers from her family’s barbecue.

An emotional Hawkes, whose residence was largely destroyed, described seeing neighbors standing outside their front doors with shotguns, to ward off looters.

“The dogs in the neighborhood would start to bark, and we’d worry that people might be coming who shouldn’t be coming,” she said. “That’s when you start to realize there is danger here, now, not just the fear of dysentery later.”

The next morning, crowds began to gather by the runway as early as 4 a.m. They included many of the previous night’s stranded, as well as a new crop of evacuees hoping to get on Bahamasair flights.

Charters began arriving around 8 a.m. As survivors flocked toward pilots, in hopes of negotiating seats on flights, one family of 12 decided to split up.

A flight to Nassau had four extra seats, so some flew to look for new housing, while the rest stayed behind. With cell service virtually nil in Abaco, the choice represented an indefinite parting.

On the flight, which included three Reuters reporters, 22-year-old Paul Manochka fretted about the future as the flight headed toward Nassau, the capital city.

“Nassau is so small, so overpopulated already, I don’t know if we’ll find anything,” Manochka said. “We might have to go to another island, but there are no jobs on the other islands.” 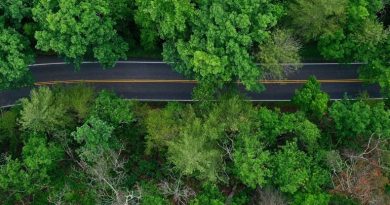 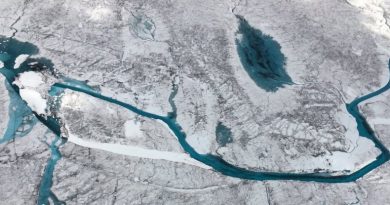