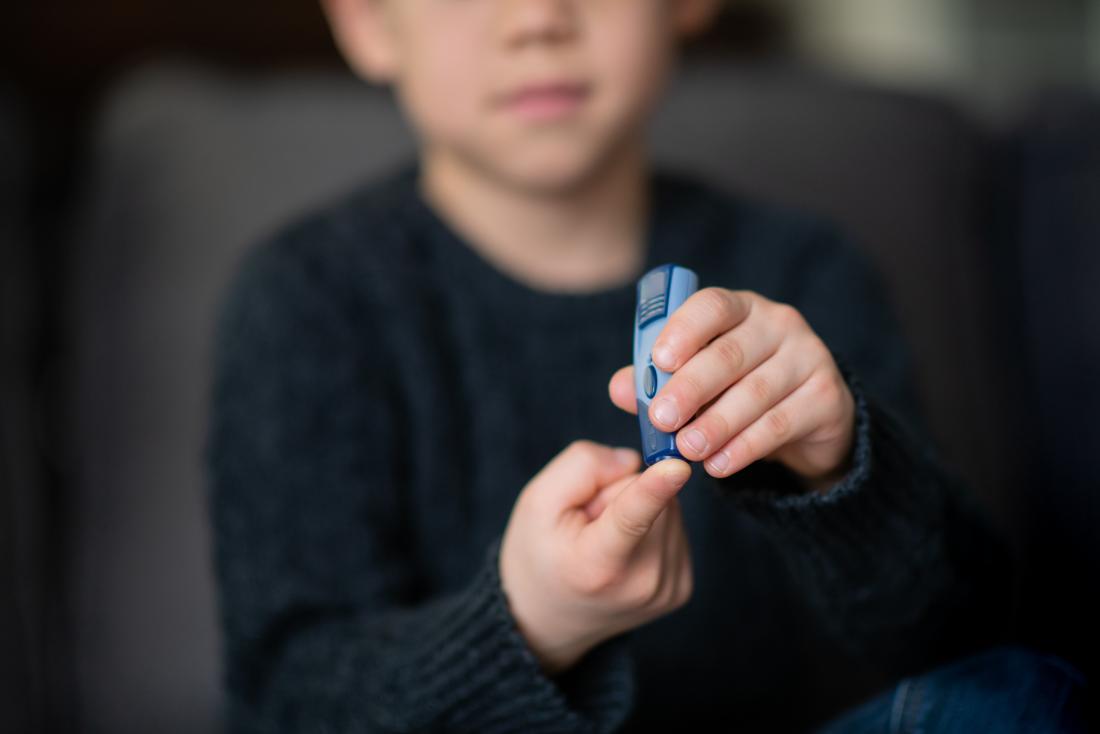 New research examines the gut flora of children and their genetic risk of diabetes.

Type 1 diabetes is an autoimmune condition that can develop at any age.

However, it tends to occur in early adulthood, childhood, or adolescence.

According to recent estimates, there are 1.3 million adults in the United States living with diabetes.

Although the causes of type 1 diabetes are not yet known, there are many risk factors for this metabolic condition. For example, researchers have linked a handful of genes to this condition.

These genes help create proteins with a key role in the immune system, and they account for 40% of the genetic risk of type 1 diabetes.

However, only a small percentage of people with these genetic variants go on to develop the condition. In fact, only 5% of people with variations in so-called HLA genes develop type 1 diabetes. This is because environmental factors also play a key role.

The composition of the gut microbiota is one such factor, and multiple studies have examined its role in autoimmune conditions. Creating a healthful balance of bacteria in the gut is vital for maintaining a healthy immune system.

New research set out to examine the link between HLA genes and the microbiome of babies genetically prone to developing type 1 diabetes.

Johnny Ludvigsson, a senior professor in the Department of Clinical and Experimental Medicine at Linköping University in Sweden, is the last author of the paper. He and his colleagues published their findings in the journal Nature Communications.

Prof. Ludvigsson and team examined data available from the All Babies in Southeast Sweden (ABIS) study. Linköping University researchers the conducted ABIS study with the aim of understanding why children develop conditions that primarily involve the immune system.

The ABIS study contains data from questionnaires and biological samples on over 17,000 children born in 1997–1999. As part of the study, scientists collected biological samples “at birth, 1 year, 2–3 years, and 5–6 years of age.” The samples included “blood, urine, stool, and hair.”

The ABIS study also contains HLA genotype data on some of the children (but not all of them). So, for the new study, Prof. Ludvigsson and colleagues analyzed the links between genetic predisposition and the gut microbiome in a subset of 403 children.

“The ABIS cohort is uniquely valuable, as it allows certain types of study on the importance of environmental factors for the development of type 1 diabetes,” explains Prof. Ludvigsson.

“ABIS is the only big prospective cohort in the world where a general population has been followed from birth, which allows [these] type of studies on how genetic and environmental factors work together.”

Some bacteria may protect against diabetes

“[W]e report that genetic risk for developing type 1 diabetes autoimmunity is associated with distinct changes in the gut microbiome,” write the study authors.

“Both the core microbiome and beta diversity differ with HLA risk group and genotype,” they add. “Beta diversity” refers to the microbiotic differences between the samples of individual children.

They add that “protective HLA haplotypes are associated with bacterial genera Intestinibacter and Romboutsia.” The HLA “haplotype” describes the individual combination of HLA gene variants that a person has.

“Certain bacterial species were not found at all in children with high genetic risk, but were found in those with low or no risk,” adds prof. Ludvigsson.

When teens blow off parents’ pleas to get vaccinated, the consequences can be deadly