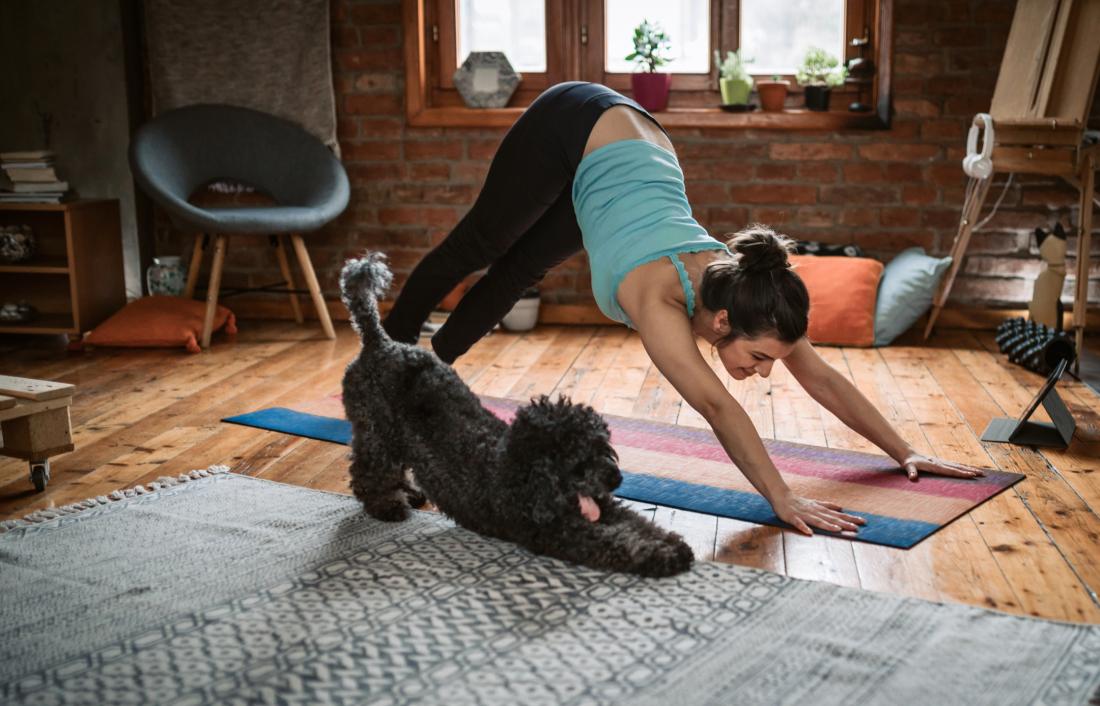 The researchers propose that a better appreciation of the relationship between exercise, mood, and the endocannabinoid system could result in better treatments for depression.

The study investigated changes in mood and endocannabinoid levels in people with major depression who exercised at different intensities on a stationary bike.

The investigators found a significant increase in endocannabinoid levels and improvement in mood after a session of prescribed exercise of moderate intensity.

The endocannabinoid system is a cell signaling system comprising the body’s own cannabinoids, or endocannabinoids, and receptors. It extends throughout the body and influences the function of the immune, cardiovascular, and nervous systems.

When a particular endocannabinoid binds to a matching cell receptor, it sends a signal into the cell that alters its behavior and functioning.

In a recent paper about the research, which features in the Medicine & Science in Sports & Exercise journal, the authors conclude that the mood-enhancing effects of exercise likely involve several biological mechanisms, of which the endocannabinoid system is just one.

“Finding alternatives to medication is important for the treatment of depression,” says first study author Jacob D. Meyer, Ph.D., an assistant professor of kinesiology at Iowa State University, in Ames.

“If we can figure out how exercise works with the endocannabinoid system,” he adds, “we could then design optimal exercise interventions.”

Feeling sad or lonely can be a part of the everyday ups and downs of life, especially when times are hard due to loss or stress. Depression, however, is a condition in which these and other symptoms persist.

According to information from the Centers for Disease Control and Prevention (CDC), depression affected 8.1% of adults aged 20 and older in the United States during 2013–2016.

Major depression is a treatable, common condition in which changes in mood and other mental and physical symptoms last for at least 2 weeks.

The illness poses a considerable burden on society and can damage people’s functioning more severely than other lasting conditions, such as arthritis and diabetes.

For the new study, the team investigated 17 adult females aged between 20 and 60 years with a current diagnosis of major depression.

Each participant completed two 30-minute exercise sessions on a stationary bike. In one session, the participant cycled at a prescribed moderate intensity, and in the other session, they could cycle freely at any intensity that they preferred.

All the participants completed both types of session, with a gap of at least 1 week between them.

The results showed that mood improved after both sessions, but that a rise in endocannabinoid levels only occurred after the prescribed moderate-intensity exercise session. There was no such rise following the preferred-intensity session.

Meyer says that he and his colleagues found the results of the preferred-intensity session surprising.

Another explanation for the difference in results between the preferred and prescribed exercise sessions could be that exercising at a level that someone else prescribes has a psychological as well as a biological effect.

Another significant result of the study was the long lasting effect of moderate-intensity exercise.

The increase in endocannabinoid levels appeared to correlate to mood improvements up to 30 minutes after the session.

This would suggest, says Meyer, that the endocannabinoid system was contributing to the mood-lifting effects of the prescribed exercise.

“These results show us that the effect of prescribed moderate-intensity exercise on mood is generally pretty quick and lasts for a while at a relatively sustained rate,” he concludes.

“However, given that people felt better after the preferred exercise session, even though it didn’t change endocannabinoid levels, [it suggests that] multiple factors are likely involved in how exercise makes people feel better.”

Reading, ’rithmetic and resisting covid: The new 3 R’s as kids head back to school