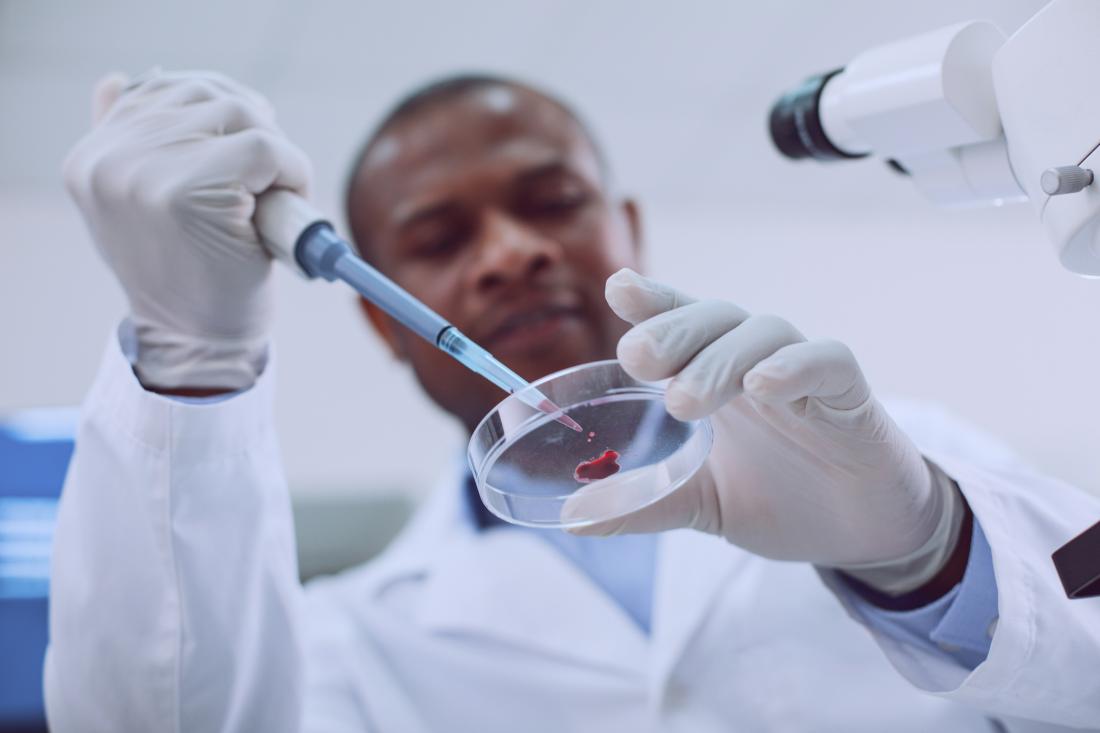 A simple blood test could soon predict symptoms of Alzheimer’s disease decades before they appear.

The study found that the blood test was even more sensitive at detecting the buildup of beta-amyloid proteins in the brain than the current gold standard, which is a PET brain scan.

Researchers from Washington University School of Medicine (WUSTL) in St. Louis, MO, conducted the study, which appears in the journal Neurology.

First author Dr. Suzanne Schindler, an assistant professor of neurology, led the researchers, who first developed a version of this test a couple of years ago.

The study involved 158 adults who were at least 50 years old, and all but 10 had normal cognitive function. For the study, each person had a blood test and underwent a PET brain scan. The team classified each test as either amyloid positive or amyloid negative, and 88% of the time, the results agreed with each other.

The study authors wanted to see if they could refine these results, however, and improve the blood test’s accuracy.

They looked at major Alzheimer’s risk factors, including age, a specific genetic variant, and biological sex. While the latter did not affect the accuracy of the results, the other two factors significantly improved it.

When the team took age and the genetic variant into account alongside the blood test results, accuracy climbed to 94%.

Early detection is vital in Alzheimer’s

Importantly, the researchers initially flagged some participants’ blood test results as false positives because their PET scans were negative, and so the results did not match.

When the researchers followed up a few years later, however, they found that some of these individuals had since had positive test results on later brain scans.

This finding suggests that some of the early blood tests were more sensitive than the brain scans in detecting the disease in its very early stages.

Alzheimer’s disease is an irreversible and progressive brain disorder that causes memory problems, which become severe over time. A gradual reduction in thinking skills usually accompanies this symptom.

People with the disease eventually lose the ability to perform their daily tasks, and Alzheimer’s currently ranks as the sixth leading cause of death in the United States.

Alzheimer’s disease develops as a result of progressive changes in the brain. Before noticeable symptoms appear, a buildup of proteins creates amyloid plaques and tau tangles, both of which lead to serious issues for neurons.

Slowly, these brain cells lose connections with each other and eventually die.

Early symptoms of Alzheimer’s include memory problems that begin to interfere with normal function. Sometimes, those with early Alzheimer’s also have movement difficulties and an altered sense of smell.

As the disease progresses, memory problems become more severe. In addition, a person’s cognitive decline can result in them getting lost, losing the ability to handle money, and having personality and behavior changes.

Treatment aims to maintain mental function and manage behavior, but there is ongoing research into better treatments that can slow down the progression of the disease more effectively.

Early detection is also crucial, as the outcome is often much better for people who receive early treatment.

“But with a blood test, we could potentially screen thousands of people a month. That means we can more efficiently enroll participants in clinical trials, which will help us find treatments faster and could have an enormous impact on the cost of the disease, as well as the human suffering that goes with it.”