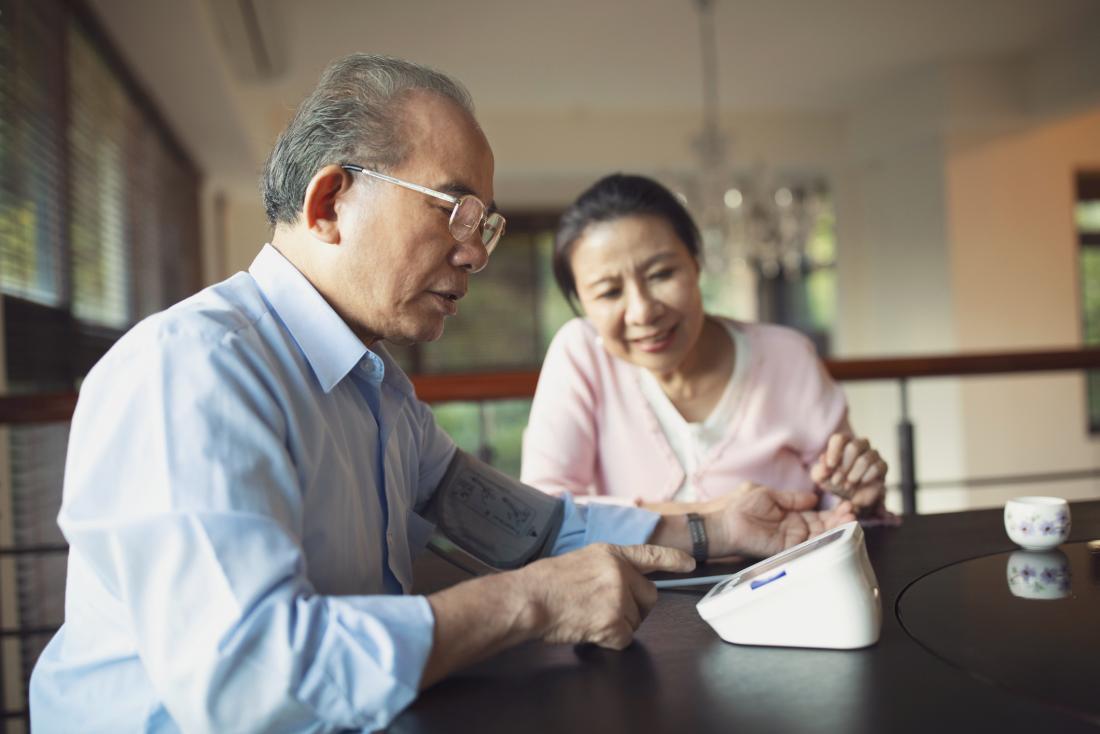 Managing your blood pressure is one of the seven actionable steps people in their 50s can take to maintain their cardiovascular health.

The lead author of the new study is Séverine Sabia, of the department of Epidemiology of Ageing and Neurodegenerative Diseases at Inserm, a public research institution affiliated with the Université de Paris in France.

Sabia and her colleagues set out to examine the link between the American Heart Association’s (AHA) guidelines for optimal cardiovascular health — which they dub “Life’s Simple 7” — and the risk of developing dementia later in life.

“Life’s Simple 7” are modifiable risk factors which, according to the AHA, can help keep heart disease at bay.

Making lifestyle changes along these seven parameters can improve a person’s cardiovascular health, the AHA advises. Life’s Simple 7 are:

In the new research, Sabia and her team looked at how well people adhered to these steps at 50 years of age. They also examined the link with dementia over the following 25 years. The research team published its findings in The BMJ.

As the authors note in their paper, previous studies have already pointed to Life’s Simple 7 as potential guidelines for preserving brain health into older age. However, the existing evidence has so far been inconclusive.

So, for the current study, Sabia and team examined data on 7,899 participants who were 50-year old British men and women. All of the individuals had taken part in the Whitehall II Study — an analysis of sociobehavioral factors on long term health.

At the start of the study, the participants were in perfect cardiovascular health and did not have dementia. The Whitehall II Study started in 1985–1988 and Sabia and team followed the dementia cases through to 2017.

Over the average follow-up period of 25 years, 347 of the 7,899 participants developed dementia at an average of 75 years old.

The researchers measured the adherence to the seven parameters by using a three point score for each of them.

A healthy heart may keep the brain healthy

After adjusting for potential confounders, the research revealed that a high adherence score to the seven cardiovascular parameters correlated with a lower risk of dementia later.

Specifically, in the group with a poor cardiovascular score, dementia occurred at a rate of 3.2 cases per 1,000 person years.

Importantly, higher adherence to Life’s Simple 7 at 50 years of age also correlated with a higher brain volume and higher grey matter volume at the average age of 70 years, as MRI scans reflected.

However, the study is observational and cannot establish causality. The participants also reported their own adherence to the cardiovascular parameters, which may have increased bias.

Nevertheless, “Our findings suggest that the Life’s Simple 7, which comprises the cardiovascular health score, at age 50 may shape the risk of dementia in a synergistic manner,” write the authors.

Are almonds beneficial for people with diabetes?