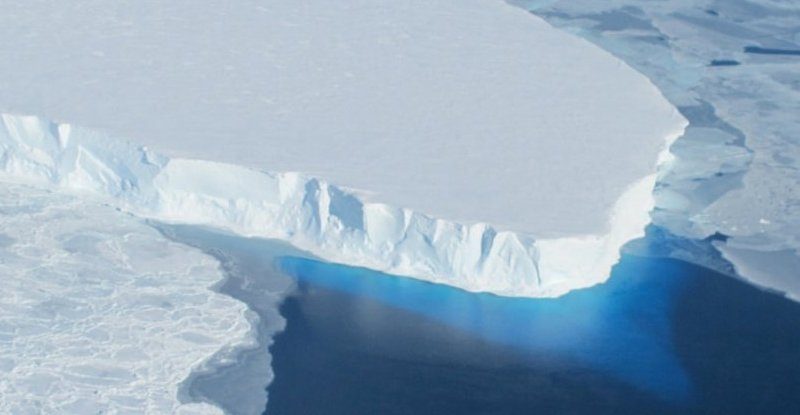 In western Antarctica, a glacier the size of Florida is losing ice faster than ever before. Sections of the Thwaites Glacier are retreating by up to 2,625 feet (800 metres) per year, contributing to 4 percent of sea-level rise worldwide.

That ice loss is part of a broader trend: The entire Antarctic ice sheet is melting nearly six times as fast as it did 40 years ago.

In the 1980s, Antarctica lost 40 billion tons of ice annually. In the last decade, that number jumped to an average of 252 billion tons per year.

Now, authors of a new study report that over the last six years, the rate at which five Antarctic glaciers slough off ice has doubled. That makes the Thwaites Glacier a melting time bomb.

The scientists reported in the journal Proceedings of the National Academy of Sciences that the glacier poses the greatest risk to future sea-level rise and is likely marching towards an irreversible melting point.

“After reaching the tipping point, Thwaites Glacier could lose all of its ice in a period of 150 years,” Hélène Seroussi, an author of the study and a NASA scientist, said in a press release. “That would make for a sea-level rise of about half a meter (1.64 feet).”

Alex Robel, another study author, added that if the glacier were to cross that Rubicon, nothing could stop the ice melt – even if Earth’s temperatures stopped rising.

“It will keep going by itself and that’s the worry,” he said.

Why the Thwaites glacier may reach a tipping point

The Thwaites Glacier is a large mass of ice born from snow that’s been compressed over time. It’s part of the Antarctic ice sheet – a large continental glacier that covers at least 20,000 square miles of land (about the surface area of the United States and Mexico combined).

Antarctica is ringed by a skirt of ice sheets and floating ice shelves that create a physical barrier between the ocean and the landlocked ice on the continent. These floating sheets “act like a dam,” as Ross Virginia, director of Dartmouth College’s Institute of Arctic Studies, previously told Business Insider.

The barrier prevents continental ice from flowing into the ocean, where it would melt and cause global sea levels to rise.

But as ocean temperatures increase, warmer water at the base of these ice sheets is leading them to melt from underneath. That melting gives rise to cavities: An early Manhattan-sized gap was discovered under the Thwaites Glacier in February.

That cavity was large enough to have held 14 billion tons of ice.

Every year, the portion of the Thwaites Glacier’s floating ice shelf that extends into the sea gets bigger as ocean water erodes its base.

So scientists like Seroussi and Robel track Thwaites’ grounding line: the spot where the continental ice lifts off the ground and starts to float on the water. (Think of a spit of land that extends past a cliff’s edge into the air – it’s the same concept with glaciers, except instead of air, the ice is over water.)

That grounding line moved almost 9 miles (14 kilometres) between 1992 and 2011, according to a 2014 study; the farther inland the spot moves, the more likely it is that the glacier will melt.

What a melting Thwaites glacier means for sea levels

Most of that water is frozen in masses of ice and snow that can be up to 10,000 feet (3 kilometres) thick.

But as human activity sends more greenhouse gases into the atmosphere, the oceans absorb 93 percent of the excess heat those gases trap. The warm air and water is what’s causing ice sheets and glaciers to melt at unprecedented rates.

Seroussi said that Thwaites could reach its tipping point “in the next 200 to 600 years”, after which it could lose all its ice.

If the entire Thwaites Glacier melted, that would result in a worldwide sea-level rise of 1.64 feet, according to the recent study (though another study estimated the rise to be closer to 2 feet).

But Thwaites prevents its neighbour glaciers from flowing into the ocean, too. So some other scientists think that if the entire Thwaites glacier were to collapse, it could destabilize surrounding glaciers on the Antarctic ice sheet as well.

If one goes, they could all go – and that chain-reaction would raise sea levels by an additional 8 feet (2 metres). 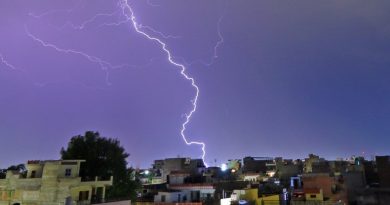 Deadly lightning strikes in India kill 147 in 10 days, and are predicted to get worse

Trump says U.S. may have coronavirus vaccine ‘far in advance’ of end of the year

ARVIN, California—In September 2018, Estela Escoto sat down with a team of lawyers and community organizers and weighed her options.