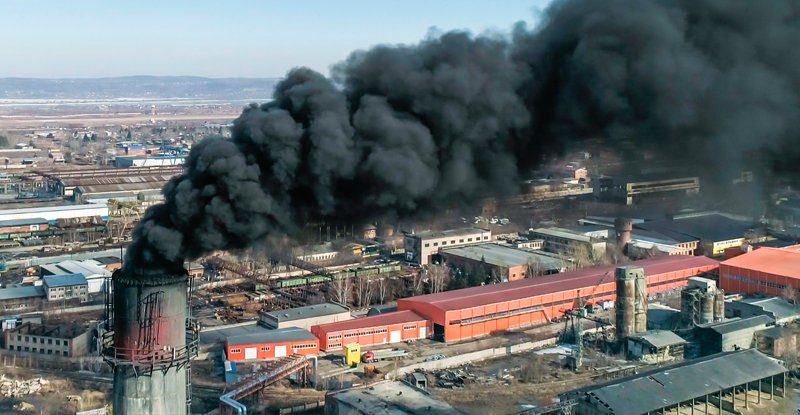 The world’s existing power plants, industrial plants, buildings and cars are already numerous enough – and young enough – to commit the Earth to an unacceptable level of warming, according to new research published Monday.

This fossil fuel infrastructure merely needs to continue operating over the course of its expected lifetime, and the world will emit over 650 billion tons of carbon dioxide, more than enough to dash chances of limiting the Earth’s warming to a rise of 1.5 degrees Celsius (or 2.7 degrees Fahrenheit).

That’s a level of warming that has become increasingly accepted as a scientific line-in-the-sand.

And it gets worse: Proposals and plans are currently afoot for additional coal plants and other infrastructure that would add another nearly 200 billion tons of emissions to that total.

Some of these are now actually under construction. In other words, human societies would need not only to cancel all such pending projects but also timeout existing projects early, in order to bring emissions down adequately.

“1.5°C carbon budgets allow for no new emitting infrastructure and require substantial changes to the lifetime or operation of already existing energy infrastructure,” concludes the study in Nature by Dan Tong of the University of California at Irvine and colleagues from that institution, Tsinghua University in China, Stanford and the industry-monitoring group CoalSwarm.

The globe currently emits more than 36 billion tons of carbon dioxide annually from fossil fuel burning and cement manufacturing, based on 2017 figures from the Global Carbon Project. An additional roughly 5 billion tons are contributed through land use changes, most prominently deforestation.

Thus, in total, humanity is currently causing over 41 billion tons of carbon dioxide to enter the atmosphere each year. The most recent estimate of the so-called carbon budget is that since the beginning of 2018, we can only emit between 420 and 580 billion tons at most if we want to ensure a 50 to 66 percent chance of limiting warming to 1.5 degrees Celsius.

For 2 degrees Celsius, the budget is larger, between 1,170 and 1,500 billion tons, representing between about 28 and 36 years of current emissions. But it is important to note that, although emissions appeared to flatten out briefly several years ago, they are now on the rise again.

So what the new study is saying is that existing infrastructure translates into about 16 years of current emissions just on its own, with another roughly five years in the pipeline in the form of currently planned infrastructure.

Ken Caldeira, a professor at the Carnegie Institution for Science at Stanford and one of the current study’s authors, notes that about a decade ago, he and his colleagues performed a similar study. And at that time, they found good news – that the world was only committed to about 1.2 degrees Celsius of warming.

In other words, much has changed in the past 10 years or so, and not in a good way for the planet’s future.

“A decade ago, we found, there’s not enough infrastructure, and now, over the past decade, we have built enough stuff,” said Caldeira.

“And a lot of that stuff that was built, was built in Asia – the rise of China and to a lesser extent India and the other southeast Asian countries, are the biggest change in direction regarding amount of infrastructure.”

China’s coal plants and other fossil fuel infrastructure are also much “younger,” meaning they were installed relatively recently and thus have many more years to their average expected lifetime, compared with plants and infrastructure in the United States or European Union.

And the picture is actually worse than the study suggests, because the research does not include emissions caused by human-led deforestation of tropical forests and other landscapes.

“The article shows the huge role that the buildup of coal-fired power plants and heavy industry in China has played over the past 15 years,” said Elmar Kriegler, who heads the Transformation Pathways Department at the Potsdam Institute for Climate Impact Research in Germany, in a statement on the study.

“Not only did it drive global CO2 emissions up until today, it will also be responsible for half of the future emissions from energy infrastructure that we might be committed to. If this buildup of coal infrastructure is going to repeat itself in other rapidly growing economies, notably India and South East Asia, the world will stand no chance to hold warming to well below 2 degrees.”

However, Kriegler added, “Whether it is already too late for limiting warming to 1.5°C, as the authors claim in their headline, is too early to say. As the article points out this will depend on whether the world can prematurely retire some of the heavy polluting infrastructure that has been put in place.”

Existing plants could end their lives early, being replaced by wind, solar, and other renewable energy sources. They could also be retrofitted with carbon capturing technologies to limit their emissions.

Barring that, there also remains the possibility of carbon removal or “negative emissions” technologies that would actually remove gases from the air, and thus blunt the impact of emissions from current infrastructure. But such technologies only exist in a fledgling state at the moment and are not capable of sequestering nearly enough carbon to offset what we’re already producing.

Or to put it another way, there is not nearly as much carbon removal infrastructure on Earth at the moment as there is fossil fuel emitting infrastructure.

If there’s good news here, it’s that the current infrastructure does not irrevocably commit the Earth to 2 degrees Celsius, or 3.6 degrees Fahrenheit, of warming, the study found. And for even higher levels of warming than that, well, we still can avoid them, Caldeira said.

“To me the optimistic take on it is that, most of the emissions associated with the higher warming scenarios come from infrastructure that’s yet to be built,” he said.

“So avoiding those outcomes are still within our control and it’s largely a political and social decision. … I’m just hoping that nobody will be writing a decade in the future, ‘Oh, we built enough infrastructure to go through 2 degrees, but we can still avoid 2.5.'” 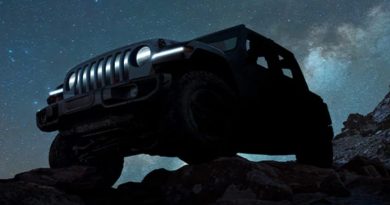 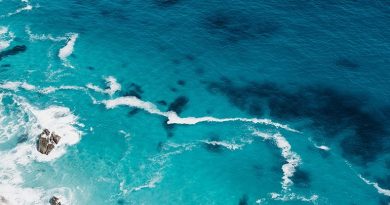 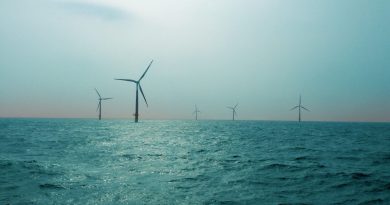