Could viral infections that occur during childhood ‘pave the way’ for MS later in life?

Recent research has shown that multiple sclerosis (MS) is the most common neurological autoimmune condition among young adults worldwide, with 2,221,188 prevalent cases of MS in 2016 alone.

This condition can cause problems with movement, balance, coordination, and even vision, alongside fatigue and other symptoms.

Despite the fact that MS can be debilitating, and that it affects such a large number of people worldwide, scientists are still unsure what causes it.

Now, a team of researchers from the University of Geneva (UNIGE) and the Geneva University Hospitals in Switzerland are proposing a new theory that viral infections during childhood could reach the brain and render the development of an autoimmune condition more likely later in life.

The researchers support this theory through evidence from a study of mouse models of MS, and they report their findings in the journal Science Translational Medicine.

“We asked ourselves whether brain viral infections that could be contracted in early childhood were among the possible causes,” explains study co-author Doron Merkler, who is an associate professor in the Department of Pathology and Immunology at UNIGE’s Faculty of Medicine.

“But these transient infections may, under certain circumstances, leave a local footprint, an inflammatory signature, in the brain,” he adds, pointing out that this “mark” might be a factor in MS.

Brain lesions after a viral infection

In the current study, Merkler and team first induced a transient viral infection (an attenuated strain of the lymphocytic choriomenigitis virus) in two groups of mice — one of adult rodents, and another of very young ones.

“In both cases, the mice showed no signs of the disease and eliminated the infection within a week with a similar anti-viral immune response,” notes study co-author Karin Steinbach, Ph.D.

For the second step of the research, the investigators allowed all the mice to age. Then, they transferred self-reactive cells to the mice. This type of cell, the researchers explain, can impact brain structure, and some scientists also believe that they contribute to MS.

“These self-reactive cells are present in most of us, but do not necessarily induce a disease, since they are controlled by different regulatory mechanisms and usually don’t have access to the brain,” Steinbach explains.

This was certainly true for the mice that had had the viral infection in adulthood. In these rodents, the transferred self-reactive cells did not reach the brain.

However, the mice that had had a viral infection early in their life developed brain lesions — in their case, the self-reactive cells managed to infiltrate the brain and affect it. Moreover, when they entered the brain, they went straight to the area where the viral infection had been present.

When they studied the brains of the mice that had had the viral infection as pups, the investigators found that an abnormal number of brain-resident memory T cells, which are a certain type of immune cells, had accumulated in the cortex.

“Under normal circumstances, these cells are distributed throughout the brain, ready to protect it in case of a viral attack. But here, the cells accumulate in surplus at the exact spot of the infantile infection in the brain,” notes Merkler.

In the mice, brain-resident memory T cells produced a molecule that attracted self-reactive cells, which helped them to gain access to the brain, causing lesions.

‘Continuing research in this direction’

“In order to verify this observation, we blocked the receptor that transmits the signal to the self-reactive cells,” Merkler explains. This experiment, he continues, proved successful: “Indeed, the mice were then protected from developing brain lesions!”

But the researchers did not stop here. Instead, they turned to people with MS to see if there was any possibility that their observations in mice could also translate to humans.

“We […] looked to see if we could find a similar accumulation of brain-resident memory T cells that produce this molecule in people with multiple sclerosis, and indeed we did,” observes Steinbach.

Since this line of inquiry proved so fruitful, in the future, the scientists want to continue to study the role played by brain-resident memory T cells in the development of autoimmune conditions that affect the brain.

“We are continuing our research in this direction. We particularly want to understand why brain-resident memory T cells accumulate in these discrete spots in a child’s brain following infection but not in adulthood.” 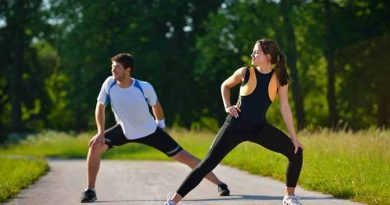