Now, a new approach that uses ultrasound beams and microbubbles could be a noninvasive way to deliver drugs safely to precise locations in the brain.

The technique is called focused ultrasound (FUS) and promises to open the door to thousands of drugs that could treat a range of brain conditions if they could cross the blood-brain barrier.

The scientists at Columbia University in the city of New York who developed the FUS device have now shown that it helped to curb early Parkinson’s disease progression and improve brain function in mice.

They describe the results in a recent Journal of Controlled Release study paper.

The FUS technique temporarily opens the blood-brain barrier in a specific part of the brain to allow drugs to reach just that part.

The blood-brain barrier is a complex feature of the blood vessels that feed the brain and the rest of the central nervous system.

The barrier prevents pathogens and potentially harmful substances crossing over from the bloodstream into the parenchyma, or functional tissue, of the brain.

The FUS technique beams ultrasound pulses through the skull to a precise location in the brain. When the pulses meet microbubbles that scientists have injected into the bloodstream, they cause the microbubbles to oscillate between the walls of the tiny blood vessels.

The oscillating microbubbles cause a reversible increase in the permeability of the blood-brain barrier in that location.

When the FUS beams stop, the microbubbles stop oscillating, and the temporary access through the blood-brain barrier closes.

FUS sends genes and proteins into the brain

For the recent study, the team focused on Parkinson’s disease. They showed that they could use FUS to deliver brain-altering genes and proteins across the blood-brain barrier.

Once across the barrier, the genes and proteins partly restored dopamine-releasing pathways in the brain. Loss of ability to make dopamine — a chemical messenger that is important for controlling movement — is an early feature of Parkinson’s disease.

The researchers also saw reductions in some of the behavioral symptoms of Parkinson’s disease in the mice.

“We found both behavioral and anatomical neuronal improvements in the brain,” says Elisa Konofagou, one of the senior study authors who is a professor of biomedical engineering and also of radiology.

Prof. Konofagou says that she and her team are the first to use available drugs to restore a dopamine-releasing pathway in early Parkinson’s disease.

The Food and Drug Administration (FDA) in the United States have just granted the researchers an Investigational Device Exemption so that they can safety test it as a way to deliver drugs in people with Alzheimer’s disease.

The FUS device that Prof. Konofagou and her team have developed is smaller, faster, and cheaper. It uses a single-element transducer instead of a helmet housing over 1,000 elements. Also, its “neuronavigation system” does not require MRI. The team likens it to the one that neurosurgeons use except that it uses an ultrasound transducer instead of a surgical instrument.

The team envisages a portable FUS system that doctors can easily wheel in and out of patients’ rooms in a hospital, and one day, even in and out of their homes. In addition, treatment time lasts only around half an hour instead of the 3 or 4 hours necessary for an MRI-guided procedure.

“We were able to curb the rapid progression of neurodegeneration while improving the neuronal function. We expect our study will open new therapeutic avenues for the early treatment of central nervous system diseases.”

Researchers close in on a new depression mechanism 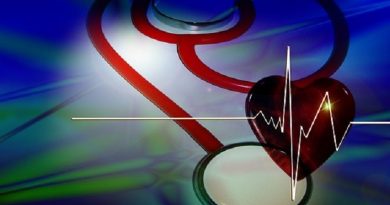 Is there a link between mental illness and cardiovascular disease risk?