Having a regular sleep pattern can keep metabolic syndrome at bay.

Metabolic syndrome is a cluster of health conditions that can increase the risk of developing type 2 diabetes, stroke, heart disease, and other serious illnesses.

The researchers in the latest study looked at the relationship between variability of sleep pattern and the development of metabolic risk factors in 2,003 people aged between 45 and 84 years.

They found that for every 1 hour of day-to-day variation in bedtime or length of sleep, there was a 27% raised risk of developing metabolic risk factors.

The National Heart, Lung, and Blood Institute (NHLBI), which is part of the National Institutes of Health, funded the study, which features in the journal Diabetes Care.

“Many previous studies,” says corresponding study author Tianyi Huang, who works as an epidemiologist at Brigham and Women’s Hospital in Boston, MA, “have shown the link between insufficient sleep and higher risk of obesity, diabetes, and other metabolic disorders.”

What these studies did not clarify, however, was whether irregularity in the pattern of bedtime and length of sleep might also be a factor.

“Our research shows that, even after considering the amount of sleep a person gets and other lifestyle factors, every 1-hour night-to-night difference in the time to bed or the duration of a night’s sleep multiplies the adverse metabolic effect,” Huang adds.

There are five risk factors that make up metabolic syndrome.

A person can have just one risk factor, but it is more likely that if they have one, they will also have more. A doctor will diagnose metabolic syndrome when there are three or more risk factors.

For the recent study, the researchers based their definitions of metabolic risk factors on the National Cholesterol Education Program Adult Treatment Panel III report (NCEP/ATPIII). Briefly, these were:

HDL helps to carry cholesterol away from arteries. If there is not enough, it can raise the risk of heart disease.

Blood pressure is the pressure on the walls of arteries that results from the heart pumping blood. If this goes up and stays up, it can help to build up plaque in arteries, which leads to heart damage.

When fasting blood glucose reaches 100 mg/dl, it can be an early sign of diabetes. The risk of heart disease and other cardiovascular conditions rises substantially with diabetes.

Strong suggestion of a causal link

The researchers used data on men and women who took part in the NHLBI-sponsored Multi-Ethnic Study of Atherosclerosis.

Between 2010 and 2013, the participants wore actigraphy wrist trackers for 7 days. These devices recorded 1 week of day and sleep activity. At that time, the men and women also maintained a sleep diary and completed questionnaires about their lifestyles, sleep habits, and other health information.

The median follow-up was 6 years up to 2016 and 2017, during which time researchers noted any “metabolic abnormalities.”

Michael Twery is director of the National Center on Sleep Disorders Research at NHLBI. He says that one of the strengths of the study is the fact that it used “objective metrics” and a large and “diverse sample size.”

Among other strengths that he notes are that the study did not just take a snapshot of “current factors;” it conducted a “prospective analysis” over time that allowed the researchers “to assess whether patterns of irregular sleep could be linked to future metabolic abnormalities.”

The analysis showed that the individuals with the biggest variation in their bedtime and the number hours that they slept were also the ones who were most likely to have metabolic risk factors. Also, the link appeared to be independent of the average length of sleep.

When they looked at the follow-up data, the researchers found the same connection. Those participants with the greatest variation in their bedtimes and sleep durations were also the ones who were most likely to develop metabolic conditions later on.

While it does not prove it, the authors maintain that this result strengthens the argument that there is a causal link between irregular sleep patterns and metabolic syndrome.

“Our results suggest that maintaining a regular sleep schedule has beneficial metabolic effects,” says study co-author Susan Redline, who works as a senior doctor in the Division of Sleep and Circadian Disorders at Brigham and Women’s Hospital.

“This message may enrich current prevention strategies for metabolic disease that primarily focus on promoting sufficient sleep and other healthy lifestyles.”

What does my eosinophil count mean? 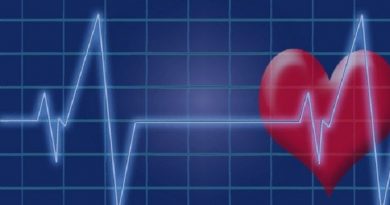 What were the most intriguing medical studies of 2018?