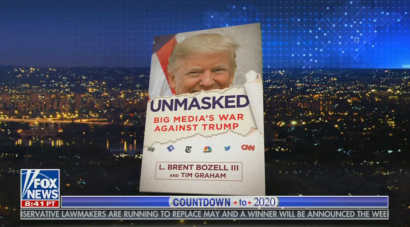 Appearing on Fox News @ Night on Friday, Media Research Center president Brent Bozell discussed his new book, Unmasked: Big Media’s War Against Trump, and how it relates to news coverage of the 2020 presidential race. He particularly called out the press for being “in lockstep with the Democratic Party” even as the party moves far left.

Talking to anchor Shannon Bream about how the media have been covering the 2020 race so far, Bozell took journalists to task for not holding Democrats accountable for their increasingly left-wing views. He highlighted how reporters treated frontrunner Joe Biden abandoning his support for the Hyde Amendment, which restricts federal taxpayer money from funding abortion:

Moments later in the segment, Bozell warned that on issues like abortion, climate change, immigration, and many others, the media would likely continue to be “mouthpieces for the far left” and protect Democratic candidates from scrutiny:

You can find Unmasked: Big Media’s War Against Trump at any major bookstore or purchase it online here. For more on the contents of the book, go here.

CHRIS JANSING [MSNBC]: Is your position then that somebody with his experience, his years in the Senate, his years as vice president, did not understand for those 40 years that the Hyde Amendment disproportionally affected poor women and women of color?

SHANNON BREAM: Alright, Joe Biden’s campaign staff facing tough questions today from the mainstream media on the Democratic presidential candidate’s flip-flop on federal funding for abortion. He’s now for it. So is the media turning against the former vice president in favor of the new, more progressive generation? Let’s discuss with Brent Bozell from the Media Research Center and author of the new book, Unmasked: Big Media’s War Against Trump. Brent, great to have you with us tonight.

BRENT BOZELL: Thank you for having me.

BREAM: Okay, so it’s interesting because several of the pieces that were written today talked about, “Hey, this is actually a good thing. It proves that progressives, when they get together and they really push, they can bring about important change.” So you know, one of the pieces I read said it doesn’t matter whether you think he’s genuine or not in this change, it affected change, it pulled him to the left where the rest of the field is, mission accomplished.

BOZELL: Well, I would say they’re not progressives. I would say that the Democratic Party has been taken over by fanatics. If you look at every issue imaginable, look at climate change, look at immigration, look at feminism, look at gay rights, look at taxes, spending, deregulation. On one after another the left has moved so far to the extreme. Now it’s abortion. Their position is that if you are anywhere less than full abortion all the time for any reason up to and including the moment of birth, paid for by the American taxpayer, then you’re some kind of outlier. Well, Joe Biden was some kind of outlier and he had to genuflect at that altar. This portends interesting things to come, Shannon, in the upcoming debates. Just watch, every Democrat will trip over himself to move as far to the left as possible.

But now to the question about the media. The media could be raising the question I’m just raising. How far, how radical has the Democratic Party become? That’s not it, they’re going in the opposite direction. They’re saying, “Well, how bad is it that Joe Biden didn’t take that right step?” They’ve been in lockstep with the Democratic Party every step of the way so far.

BREAM: Okay, I want to read something from Karen Finney, she was with the Clinton campaign in 2016. She said this referring to the Biden campaign, “Perhaps they didn’t fully recognize the shift. This is not just in the purview of the, quote, ‘far left,’ quote-unquote, this is in the party platform.” So she’s saying, listen, this isn’’t a far-left position, this idea that federal taxpayer dollars should be used for abortion. She says, you know, this was part of the 2016 platform. The party’s really not that far left at all.

BOZELL: Well, it is in the court of public opinion with the American people. You know, if next year’s presidential campaign has issues like the Democratic Party saying what I just said about abortion, good luck fellas. They’re not going to stand a chance. They’re going to have to do something about these AOC, you know, green new deals, this craziness they’ve come up with.

So, where the – again, where the media are concerned in all this, the question is, how do they cover something like this? Are they going to be fair and honest, or are they going to be mouthpieces for the far left? Now you see, as you showed a clip, but you can show one clip after another where the media are absolutely non-judgmental, presenting this as mainstream Democratic thought. And I will tell you, even once-liberals like Joe Lieberman, Alan Dershowitz are just shocked by what’s happening to their party.

BREAM: Well, it’s interesting because when you look at Biden he did have some interesting positions. He’s got a long record, you know, 30, 40-plus years that he’s gonna have to now explain because it may look different in the light of 2019. And he’s done that with a number of issues. But he was an outlier in that he’s 18 to 20 points, in a lot of averages, ahead of the rest of the field. So there were a lot of people who said, “Listen, I think that he’s playing the centrist role, he’s trying to stay available for the general election to kind of, you know, scoop up more people from the middle and not go so far left.”

And it’s interesting because we have a Monmouth poll out there that says when you ask people, “Do you want somebody who lines up with you exactly or do you want someone who can beat Trump?,” as far as a Democrat, by a much higher percentage they say they want someone who can beat President Trump. And that’s how many of them view Biden. So why do you think he’s felt, on several issues now, to go further left and join the rest of the pack when he’s ahead of them by 15 to 20 percent – or 15 to 20 points in a lot of these polls?

BOZELL: I think because they all have him in their bulls-eyes. Look, I believed from the very beginning that this lead of his is not gonna hold up. There’s no way it’s gonna hold up. It’s so easy that at the very beginning of the campaign everyone’s gonna take pot shots at this guy. So he is going to try not just to – he’s straddling the fence trying to be centrist and trying to be far left.

But let me explain something, Shannon, too many people – we’re all getting caught in this trap of calling Joe Biden a centrist. Joe Biden has always been to the far left of the Democratic Party. The thing is, it’s gone even further left than he is. And somehow if that makes a centrist, I think the Democratic Party is in trouble. So he went further to the left.

BREAM: Yeah, the argument he’s making now in 2019 is that he’s always been progressive and to the far left. So you agree with him on that point. Brent Bozell, thank you for joining us tonight. Have a great weekend. 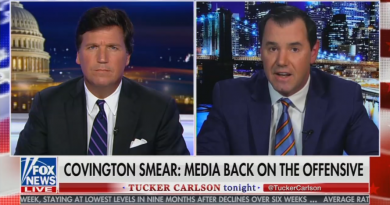 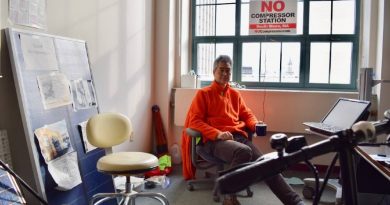 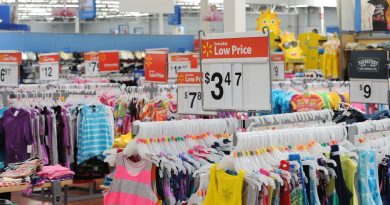