In this article, we explore the similarities and differences between Vyvanse and Adderall, and we discuss how doctors decide between the two.

The active ingredients in Adderall are a combination of amphetamine and dextroamphetamine salts.

Dextroamphetamine is part of the class of drugs called amphetamines. Amphetamines are stimulants of the central nervous system.

Doctors prescribe amphetamines to people with attention deficit hyperactivity disorder (ADHD) because this class of medication acts on norepinephrine and dopamine. These two chemicals occur in the brain and are associated with symptoms of ADHD.

Adderall is available in immediate-release tablets and extended-release capsules (Adderall XR). While both types can help treat ADHD, people also use immediate-release Adderall to treat narcolepsy, which is a sleep disorder.

How to take Adderall and dosages

Dosages of Adderall vary depending on the type.

The following table lists the available dosages for Adderall and Adderall XR in milligrams (mg).

If someone has difficulty swallowing Adderall XR, they can open the capsule and sprinkle the beads on applesauce.

Dextroamphetamine is the only stimulant medication that the Federal Drug Administration (FDA) has approved for treating ADHD in preschool-aged children between 3 and 5 years old.

A doctor may prescribe immediate-release Adderall to a preschool-aged child starting at a dose of 2.5 mg per day. For this dose, people can split a 5 mg tablet in half.

The starting dose of Adderall XR for children and adolescents between 6 and 17 years old is 10 mg once a day in the morning. Doctors will start adults at a higher dose of 20 mg once daily.

Vyvanse is available in a capsule or in a chewable form. If someone has difficulty swallowing, they can open the capsule and dissolve the contents in water.

How to take Vyvanse and dosages

The following table lists the dosages of both forms of Vyvanse.

The starting dose of Vyvanse to treat ADHD in people 6 years and older is 30 mg once daily in the morning. The doctor can increase the dose by 10 to 20 mg every week until the medication achieves the desired effect.

Doctors prescribe both Vyvanse and Adderall for ADHD. Some adults take Vyvanse for moderate to severe binge eating disorder.

Doctors can prescribe immediate-release Adderall in people over 6 years old to treat narcolepsy.

How effective are they?

Vyvanse can control ADHD symptoms for up to 12 hours.

Both Vyvanse and Adderall are stimulants of the central nervous system and are among the first choices of medications that doctors will prescribe for treating ADHD.

The drugs differ in their length of action:

Sometimes, people who take Adderall XR need a short-acting amphetamine at the end of the effect to extend the control of their symptoms.

The side effects of Vyvanse, Adderall XR, and Adderall are similar and include:

Since the body converts Vyvanse into dextroamphetamine, both Vyvanse and Adderall have the same drug interactions.

As with other stimulants, people should avoid using certain types of antidepressants — namely monoamine oxidase inhibitors — with Vyvanse, Adderall, or Adderall XR. Mixing these medications can cause a person’s blood pressure to rise to dangerous levels.

A person must stop taking these drugs 14 days before starting Vyvanse or Adderall XR.

When choosing whether to take Adderall or Vyvanse, people can ask the following questions:

What am I using it for?

Both Adderall and Vyvanse are effective treatments for ADHD.

For binge eating disorder, doctors can prescribe Vyvanse because researchers have demonstrated its efficacy through clinical studies.

How long do the effects last?

One of the most significant differences between Vyvanse and Adderall is that Vyvanse remains inactive until the body breaks it down in the bloodstream.

The effect of Vyvanse can last longer than that of Adderall XR. Vyvanse provides a maximum of 12 hours of symptom control.

Adderall XR only lasts about 10 hours, and some people may require additional short-acting amphetamines.

How easy are they to take?

People can take these drugs in the following ways:

What is their abuse potential?

Immediate-release Adderall is a short-acting medication and has a higher potential for abuse. It is, however, the only drug indicated in the treatment of ADHD in children under 6 years old.

What are the cost differences?

Vyvanse currently does not have a generic equivalent and is more expensive than Adderall.

If a person is not happy with their medication, they can speak to a doctor about alternative drugs.

Methylphenidate is the active ingredient in:

These drugs are also stimulants of the central nervous system that doctors use as a first option for treating symptoms of ADHD.

Vyvanse and Adderall are two stimulants of the central nervous system that doctors prescribe for ADHD. Their side effect profile and drug interactions are similar.

Adderall is available in both an immediate and extended-release form.

The immediate-release form of Adderall is the only medication for ADHD that is suitable for preschool-aged children between 3 and 5 years old.

Both Vyvanse and Adderall are suitable for people who cannot swallow pills.

Vyvanse has a longer duration of action than Adderall XR. Sometimes people need a short-acting stimulant to extend the effect of Adderall XR. 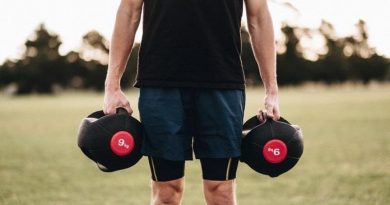 How 1 hour of brisk walking can benefit people with osteoarthritis