‘Bad’ cholesterol may be a risk factor for early-onset Alzheimer’s disease, according to some researchers.

According to the advocacy group Alzheimer’s Association, an estimated 200,000 people in the United States live with early-onset Alzheimer’s.

As with other forms of dementia, researchers are not sure what causes early-onset Alzheimer’s or which factors might contribute to a person’s risk of developing this condition.

The only risk factor that seems certain is genetic, namely the expression of a variant of the gene APOE, called APOE E4, which also has an association with higher levels of circulating low-density lipoprotein (LDL) cholesterol.

Previous research has suggested that high levels of LDL cholesterol could contribute to the development of Alzheimer’s disease. This type of cholesterol is also known as “bad cholesterol” because when its levels become too high, it can build up inside the arteries, obstructing blood flow and increasing a person’s risk of cardiovascular problems.

Now, a study that features in JAMA Neurology has highlighted a connection between high plasma (blood) LDL cholesterol and early-onset Alzheimer’s, specifically.

The research comes from specialists at the Atlanta Veterans Affairs Medical Center in Decatur, GA, and at Emory University in Atlanta, GA.

“The big question is whether there is a causal link between cholesterol levels in the blood and Alzheimer’s disease risk. The existing data have been murky on this point,” explains lead author Dr. Thomas Wingo.

LDL may be an independent factor

Then, the team also analyzed plasma samples that they had collected from 267 participants with a form of Alzheimer’s disease at specialized research centers. They did this to measure LDL cholesterol levels and look for an association with the Alzheimer’s diagnosis.

The researchers found that among the study participants who had early-onset Alzheimer’s, 10.1% had the APOE E4 variant, while approximately 3% carried at least one of the other three genetic variants.

Moreover, looking at the plasma samples, the team noted that individuals with high “bad cholesterol” levels were more likely to have a diagnosis of early-onset Alzheimer’s than people with lower plasma LDL.

This association remained in place after the research team adjusted their analysis to account for APOE E4, which suggests that high LDL cholesterol could contribute to the risk of early-onset Alzheimer’s independently of genetic factors.

New findings and questions of causality

Dr. Wingo and colleagues did not find any association between high-density lipoprotein cholesterol (“good cholesterol”) and this form of dementia, but they did identify another potential genetic risk factor — a rare mutation of the APOB gene.

APOB, the researchers explain, encodes a protein that contributes to fat metabolism, which includes the way in which the body processes cholesterol. Nevertheless, the team notes that neither the presence of the APOE or the APOB variants accounted for the link between high blood LDL cholesterol and the development of early-onset Alzheimer’s.

The researchers suspect that the relationship between high levels of “bad cholesterol” and the development of this rare form of dementia may be causal, although they are yet to confirm this hypothesis.

“One interpretation of our current data is that LDL cholesterol does play a causal role. If that is the case, we might need to revise targets for LDC cholesterol to help reduce Alzheimer’s risk.”

“Our work now is focused on testing whether there is a causal link,” says Dr. Wingo.

Fatalities are very rare in children with COVID-19 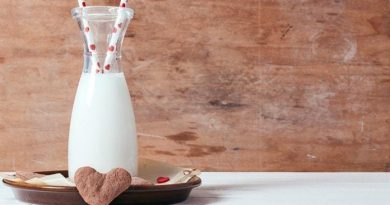 Dairy associated with lower risk of colorectal and bladder cancer