A runny nose is the body’s way of getting rid of any germs that might be irritating or inflaming it. The nose produces clear mucus, which can turn yellow or green after a few days.

In medical literature, professionals call a runny nose rhinorrhea. A person may have a runny nose because they are allergic to something, due to a viral or bacterial infection, or as a result of of environmental factors such as temperature.

Below, we take a look at some of the common causes of a runny nose.

Animal dander is a common allergen that can cause a runny nose.

According to the Asthma and Allergy Foundation of America (AAFA), allergies occur because a person’s immune system reacts to a particular substance, or allergen.

Some common allergens include pollen, animal dander, and dust.

This reaction can cause several symptoms to develop, including a runny nose, sneezing, itchy eyes, a scratchy throat, or coughing.

According to the National Institutes of Health (NIH), the typical treatment options for allergies include using:

According to the AAFA, decongestants work by reducing the swelling in the nose that is causing the congestion.

Nasal steroids also reduce swelling in a person’s nose, but they do so using a different mechanism.

According to the Centers for Disease Control and Prevention (CDC), many viruses can cause the common cold, though the most common is rhinovirus.

A cold can cause a person to have a runny nose. Other symptoms of a cold can include:

Colds are usually worse during the second or third day and can last for as long as 2 weeks in some cases.

Colds do not require any treatment. According to the CDC, a cold will get better on its own.

To help themselves feel better, however, a person should “rest and drink plenty of fluids.”

Sinusitis shares some symptoms with the common cold.

Sinusitis is an infection of the sinuses. Sinusitis occurs when fluids cannot leave a person’s sinuses, which allows germs to develop.

The cause is usually a virus, but occasionally, it can be a bacterial infection.

According to some experts, most people who have a cold will also have infected sinuses.

As well as a runny nose, sinusitis has other symptoms similar to those of a cold.

If a person’s sinusitis occurs because of a virus, resting at home should be enough to treat the infection.

According to an article in the journal Allergy, Asthma & Immunology Research, nonallergic rhinitis causes the symptoms of rhinitis without the cause being allergies. Such symptoms include a blocked or runny nose and sneezing.

Triggers for nonallergic rhinitis include changes in the weather, exposure to caustic odors or cigarette smoke, and changes to atmospheric pressure.

Generally, however, the symptoms of cold air-induced rhinitis will subside when the person moves to an area with warmer air.

Runny nose is preventable by either resolving the underlying cause or taking medications to reduce the symptoms.

For example, if someone has a runny nose because they are allergic to cats, avoiding cats, taking antihistamines, or both should prevent a runny nose from developing in the future.

Alternatively, if their runny nose happens because of a cold, resting until their immune system has fought off the infection should get rid of the symptoms.

Resting and staying hydrated can help treat a runny nose.

The outlook for a runny nose depends on the underlying cause.

However, once a person has determined the cause, there are usually straightforward steps they can take, including resting, staying hydrated, or taking antihistamines, to make their nose stop running.

If these steps do not work, it may be necessary to speak to a medical professional.

If a person has gotten rid of the underlying causes of their runny nose but their nose is still running, they should speak to a doctor.

It is common to have a runny nose.

This symptom develops because of something irritating or inflaming a person’s nasal tissue. Once they have determined the cause, it is usually easy to treat a runny nose with self-care and by taking over-the-counter medications. 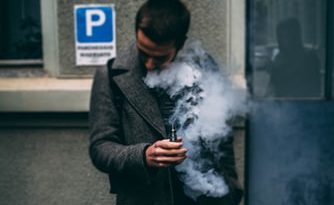 Juul is halting sales of its fruit-flavored pods in Canada