The word beriberi comes from a Sinhalese word meaning “extreme weakness,” as it can cause severe and even life-threatening symptoms.

In this article, learn more about beriberi, including its causes, symptoms, and treatment.

A person who abuses alcohol may develop a thiamine deficiency.

Beriberi is a serious and potentially life-threatening condition that develops if a person has a severe thiamine deficiency.

Thiamine is an essential nutrient that people obtain through the diet. It plays a role in many bodily functions, including:

A severe thiamine deficiency may prevent the body from performing these functions properly.

Part of what makes beriberi dangerous is that thiamine does not take long to deplete in the body. In people with a deficiency, it is possible to deplete thiamine stores in the body in as little as 2 to 3 weeks.

There are two main forms of beriberi:

The leading cause of beriberi is either a diet low in thiamine or a problem that limits the body’s ability to process thiamine.

Beriberi is rare in developed countries. In the United States, many foods that people eat every day, such as bread and cereals, are fortified with thiamine. Eating these foods should be enough to prevent a deficiency in most cases.

In developed nations with easy access to these foods, the main cause of beriberi is alcohol use disorder.

The Department of Health & Human Services estimate that 80% of people who abuse alcohol will develop thiamine deficiency. Alcohol makes it more difficult for the body to process and absorb thiamine.

Babies may also develop beriberi if the breast milk that they drink is lacking in thiamine or if they only drink formula without this vitamin.

Although most cases occur with no known family connection, a rare condition called genetic beriberi can block the body’s ability to absorb the vitamin from foods.

Other people who may have a higher risk of beriberi include:

Shortness of breath may be a symptom of wet beriberi.

The symptoms of beriberi may vary depending on its type.

Symptoms of wet beriberi include:

Symptoms of dry beriberi include:

In rare, extreme cases of deficiency, beriberi may lead to a condition called Wernicke-Korsakoff syndrome. This syndrome is a form of brain damage resulting from severe thiamine deficiency.

A person with Wernicke-Korsakoff syndrome may experience other symptoms, including:

Doctors rely on both blood and urine tests to help measure the levels of thiamine in a person’s bloodstream to diagnose beriberi.

They will also perform a physical exam to check for signs of other neurological damage or issues with the heart.

Signs of neurological damage can include difficulty walking or staying balanced, lack of coordination, and weak reflexes.

The doctor will also check a person’s heart rate and breathing rate and look for swelling in the lower limbs, which can indicate heart problems.

The goal of treatment for beriberi is to increase thiamine levels in the body. Doctors may recommend oral supplements or injections to deliver this thiamine, depending on a person’s overall health. They may also suggest taking other supplements to support treatment.

During treatment, doctors may also order regular blood tests to check the person’s thiamine levels until they return to normal. A person might need to continue taking thiamine supplements at a lower dosage or make changes to their diet following treatment to ensure that beriberi does not reoccur.

A doctor may also treat any complications that arise from beriberi, such as lasting nerve or heart damage.

With early treatment, damage to the heart and nervous system due to beriberi may be reversible. If a person has a deficiency for longer, some symptoms may remain even after treatment.

Preventing beriberi requires a person to consume enough thiamine in their diet.

Typically, a person who eats a healthful, balanced diet with a focus on whole foods will not need to worry about thiamine deficiency. Foods that naturally contain thiamine include:

There are also many foods, such as bread, breakfast cereals, and baked goods, that manufacturers fortify with vitamins, including thiamine.

The Department of Health and Human Services note that eating fortified bread and cereals is the most common way for people in the U.S. to reach the recommended daily intake of thiamine.

Pregnant or breastfeeding women should pay close attention to their thiamine consumption. Additionally, anyone who is using formula to feed an infant should check to see that it contains enough thiamine.

Heavy alcohol consumption is a risk factor for beriberi. Drinking less alcohol may help reduce the risk of beriberi by making thiamine more accessible to the body. A person who drinks a lot of alcohol may also wish to consider taking a vitamin B-1 or vitamin B complex supplement.

Anyone experiencing symptoms of beriberi should talk to their doctor as soon as possible.

Without treatment, beriberi can be life-threatening due to the risk of heart failure or deterioration in the nervous system.

With treatment, the outlook for people with this condition is much better. In most cases, the damage to the heart and nervous system is reversible with early intervention. However, some people may experience long-term symptoms, even after successful treatment.

If the deficiency leads to Wernicke-Korsakoff syndrome, a person’s outlook may be poor, as the brain damage that this condition causes is usually permanent.

Prevention is the best way to avoid beriberi, and it starts with eating a healthful, balanced diet. Access to fortified foods, such as bread and cereals, can significantly reduce the likelihood of a person getting beriberi. 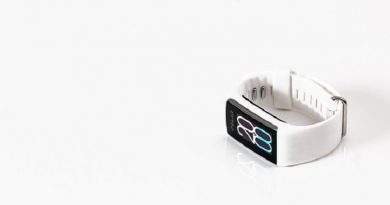