Attention deficit hyperactivity disorder (ADHD) can cause a lack of attention, hyperactivity, and impulsiveness. Most people with ADHD receive their diagnosis before the age of 16, and about 60% of people find that their symptoms continue to affect them in adulthood.

Adderall is a stimulant drug. Its generic name is amphetamine. Stimulant drugs tend to be the first treatment choice for the symptoms of ADHD.

The side effects of Adderall are similar to those of other stimulant drugs that people take to relieve ADHD symptoms.

In this article, we discuss the possible short- and long-term side effects of taking Adderall.

Adderall can cause headaches and difficulty sleeping.

The most common side effects of Adderall are:

There are a number of other side effects of Adderall. However, scientists have not yet determined how common they are. Such side effects may include:

A heart attack is a rare possible side effect of most ADHD medication.

It is also possible to experience more severe side effects when taking Adderall. These can occur in people taking the drug at usual dosages.

Some more serious side effects of Adderall include:

These more severe side effects are not specific to Adderall but can occur with any of the stimulant drugs that people take for ADHD.

Anyone who experiences these side effects, or notices them in another person, should seek immediate medical attention.

Effects on the heart

Before prescribing Adderall, the doctor will make sure that the person does not have a heart abnormality or other serious cardiovascular issue. Taking Adderall or other stimulants can worsen preexisting heart conditions.

Adderall may increase a person’s blood pressure by 2–4 millimeters of mercury and heart rate by 3–6 beats per minute.

Some people may observe larger increases in their blood pressure and heart rate. People who already have high blood pressure or a fast heart rate should exercise caution when taking Adderall.

Taking Adderall can lower the seizure threshold. If a person has a seizure while taking Adderall, the doctor will stop the treatment immediately.

Taking Adderall can cause hallucinations, delusional thinking, and mania in people who do not have a history of psychotic conditions. A doctor may discontinue the treatment if symptoms of psychosis appear.

Doctors can prescribe Adderall to people with preexisting disorders involving psychosis, such as bipolar disorder. However, they will closely monitor a person for any signs of symptoms getting worse.

Long- and short-term side effects

One of the most common side effects of Adderall and other stimulants is appetite loss.

Children with a reduced appetite from taking Adderall may experience a stunt in growth if they do not get enough nutrients.

While a child is taking Adderall, their doctor will monitor their weight and height closely. If the child is not gaining enough weight, the doctor may stop Adderall treatment and suggest another approach.

Blood pressure and heart rate increases are long-term side effects of Adderall. These side effects can affect children, adolescents, and adults alike. However, the doctor will monitor these measurements at follow-up appointments.

Once a person stops taking the drug, the side effects should disappear.

There are no reported differences in side effects between females and males taking Adderall.

Children, adolescents, and adults may experience different side effects of differing severities. That said, people of all age groups may report loss of appetite and insomnia.

Children are more likely to vomit when taking Adderall, but nausea is common in all age groups.

Adolescents and children tend to report nervousness more often than adults. However, adults may experience higher rates of anxiety and agitation.

A doctor can advise on the risk of Adderall interacting with other medications.

Adderall may interact with other drugs, including those that people take to treat depression and anxiety.

Many people with ADHD do have other psychiatric conditions, such as depression and anxiety. About 33% of children and 50% of adults with ADHD have anxiety.

A doctor may therefore prescribe antidepressants and anti-anxiety medications along with Adderall. It is important for doctors and pharmacists to be sure that Adderall is safe when combined with other medications.

Like other stimulants, people should not take Adderall within 14 days of taking a monoamine oxidase inhibitor antidepressant. This is because the combination may increase the effect of the stimulant.

The most dangerous side effect of taking Adderall with a monoamine oxidase inhibitor is a hypertensive crisis. This can cause stroke, heart attack, kidney failure, and even death.

Combining serotonergic drugs with Adderall may cause serotonin syndrome, which may cause the following symptoms:

These symptoms can range from barely noticeable to life-threatening.

Doctors will schedule follow-up appointments to ensure that the person is taking the proper dosage of Adderall. They will make sure that the medicine has the desired effect, and that a person is tolerating it and any side effects well.

People taking Adderall should discuss the side effects they are experiencing with their doctor or a pharmacist.

Anyone experiencing serious side effects relating to the cardiovascular system should seek emergency medical attention.

Adderall is a drug that people take to relieve the symptoms of ADHD. It acts as a central nervous system stimulant.

Many different drugs can interact with Adderall to cause life-threatening side effects. Some antidepressants interact with stimulants. Doctors and pharmacists should review a person’s medication history before prescribing Adderall.

The side effects of Adderall are similar to those of other stimulant drugs that people take to reduce the impact of ADHD symptoms. It is important to note that side effects can occur at usual dosages of Adderall.

People taking Adderall should be aware of the possible serious side effects and discuss any concerns with their doctor or pharmacist.

What to know about hair loss and Accutane 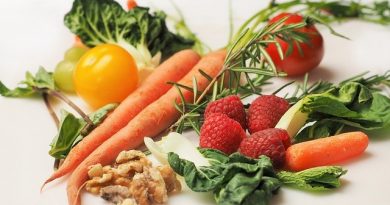