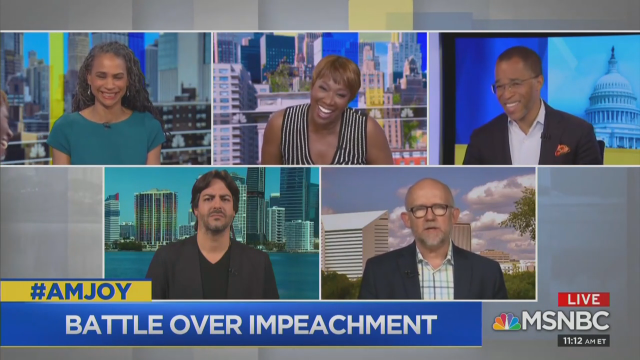 Joy Reid billed Rick Wilson as a Republican “media strategist.” A more apt term might be “sadist,” or perhaps “ghoul.” Wilson appeared on Reid’s MSNBC show this morning to discuss the possible impeachment of President Trump. He began by analogizing Trump to the homicidal OJ Simpson, warning that Simpson “got away with it.”

Wilson urged Dems to adopt a go-slow approach to impeachment. Three times, he advised them to up the Trump admin “body count,” while encouraging Dems to inflict a “death of 1,000 cuts,” and to “raise the pain level.”

You can’t help but wonder whether something’s wrong with someone who sees politics in such sanguinary terms.

Note: Wilson is the author of a book entitled “Everything Trump Touches Dies.” So Wilson’s fixation on tying Trump to death-related themes extends to his literary pursuits.

Note segundo: Guest Maya Wiley dug Wilson’s OJ analogy, commenting that in contrast with the Simpson trial, “the glove fits here.” Reid then rushed to point out that Trump doesn’t have the benefit of a Johnnie Cochran to defend him: “he’s got Giuliani.”

Note tercero: Wilson also fantasized about throwing Hope Hicks in jail as a means of putting pressure on Trump. Rick been binge-watching Orange is the New Black?

Note cuarto: Just three days ago, we caught another MSNBC “Republican” in action, in the person of Susan Del Percio, who insisted Democrats should be “acting now” to impeach President Trump. And it turns out that the last person this supposed Republican strategist strategized for was liberal Democrat Andrew Cuomo.

RICK WILSON: I think it’s important to remember, though: OJ got away with it. The trial was a big deal, but OJ got away with it. He didn’t get put in jail until much later for different crimes. So my concern about this, if I were doing this, if the shoe were on the other foot, I would be pursuing the death of 1,000 cuts. I would be pursuing making the body count of people in the administration who would have to be dragged in front of the cameras, and we live in a 24-hour-a-day social media and cable media environment now, where this will become must-see broadcasting. You want to drag this thing out, you want to raise the pain level, you want to raise the body count.

JOY REID: Maya, you had thoughts on the OJ analogy.

REID: And there ain’t no Johnnie Cochran on Trump’s side, okay? He’s got Giuliani.

WILSON: This was a great week in terms of legal decisions. There were four major decisions this week, all of which went against the Trump administration, and we’re moving that ball I think pretty quickly right now, but there needs to be some sanction. Like I said, if there’s not a body count of the people down the line, and who are behaving in ways that are overtly contemptuous of Congress, then they’re going to keep doing it. Trump will never — Trump will allow a lot of people to go by the wayside, but you put Hope Hicks in jail for not testifying, or you put Steve Mnuchin in jail for not testifying, and things are going to get lit real fast. 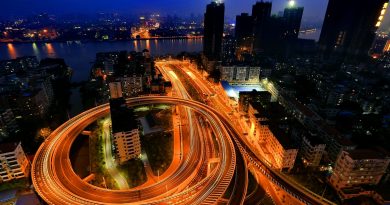 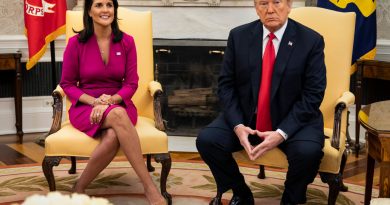 Nikki Haley Resigns as U.S. Ambassador to the United Nations 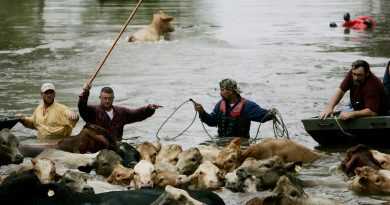