Type 2 diabetes may be an independent risk factor for some severe liver conditions.

This was one of the conclusions of a very large study of 82 million adults living in Europe.

Another finding was that for many people who develop cirrhosis and liver cancer, it seems that the conditions are already at an advanced stage at the time of diagnosis.

They report their results in a paper that now appears in the journal BMC Medicine.

The purpose of the investigation was to estimate the risk of cirrhosis and liver cancer in people with nonalcoholic fatty liver disease (NAFLD) or steatohepatitis (NASH).

NAFLD is a major cause of liver disease worldwide. Its global prevalence has risen from 15% to 25% in the decade leading up to 2010 and parallels the rising tide of obesity and type 2 diabetes.

For many people with NAFLD, the condition does little harm. However, some with NAFLD will go on to develop the much more aggressive form, NASH, which damages the liver and can lead to cancer.

Need for earlier diagnosis of NAFLD

Because people who have NAFLD or NASH are at risk of the conditions becoming life-threatening, diagnoses need to be early; that way, doctors can offer effective treatment promptly.

However, senior study author Dr. William Alazawi, a reader and consultant in hepatology at Queen Mary University of London, suggests that doctors may not be picking up NAFLD early enough.

He and his team were surprised to find much lower rates of diagnosed NAFLD than they expected among the 82 million electronic health records that they analyzed.

This means that “many patients are actually undiagnosed in primary care,” says Dr. Alazawi.

“Even over the short time frame of the study, some [people] progressed to more advanced, life-threatening stages of disease, suggesting that they are being diagnosed very late,” he adds.

According to the American Liver Foundation, NAFLD affects around 100 million people in the United States.

It is normal for some fat to be present in the liver. However, when more than 5–10% of the organ’s weight is fat, a state called fatty liver (steatosis) develops. NAFLD is fatty liver that is not related to alcohol consumption.

NASH is a more severe form of NAFLD that swells and damages the liver and can lead to cirrhosis, liver failure, and, in some cases, cancer.

Around 1 in 6 of those with NAFLD will develop NASH, which most often develops when a person is 40–60 years old and affects women more than men. It is frequently the case that people with NASH live with the condition for years before they discover that they have it.

For their analysis, Dr. Alazawi and colleagues used electronic health records from 18,782,281 adults in Italy, the Netherlands, Spain, and the U.K.

Within these, they identified 136,703 people whose records said that they had received a diagnosis of NAFLD or NASH. They then matched each with 100 controls whose records contained no such diagnosis. The match was by sex, age, location of practice, and date of visit.

The analysis showed that people with a NAFLD or NASH diagnosis were more likely to have high blood pressure, obesity, and type 2 diabetes than their matched controls.

Over a median follow-up period of 3.3 years, the team noted which individuals developed liver cirrhosis and liver cancer.

Also, it appears that the “strongest independent predictor of a diagnosis” of cirrhosis or liver cancer was having a diagnosis of type 2 diabetes at baseline.

The analysis also showed that people with NAFLD or NASH appeared to be receiving diagnoses of more severe, life-threatening liver conditions within a few years.

The researchers point out that this timescale does not reflect the much longer time that it takes for NAFLD or NASH to progress to advanced liver disease.

This would suggest, in Europe at least, that by the time that some people receive a diagnosis of NAFLD or NASH, their liver could actually be in an advanced stage of disease.

“People living with diabetes are at increased risk of more advanced, life-threatening stages of [liver] disease, suggesting that we should be focusing our efforts [on] educating and preventing liver disease in [people with diabetes].”

What to know about the side effects of Elavil 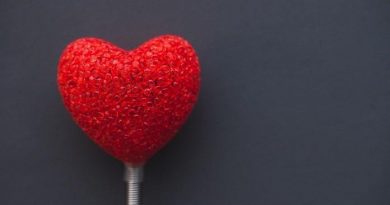 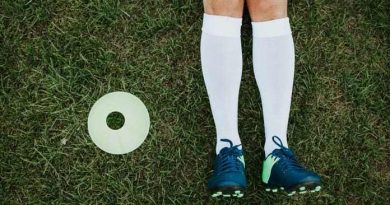 Are snoring and sleep apnea warning signs of sudden cardiac death in athletes?