This week, the WHO have released a new set of guidelines on dementia prevention strategies.

As many as 50 million people across the world have dementia, an umbrella term for a series of neurodegenerative conditions that cause memory loss. These conditions can become severe enough to impair a person’s ability to continue their normal daily activities.

The most common form of dementia is Alzheimer’s disease, which affects 5.8 million people in the United States alone, according to the Alzheimer’s Association.

Even though dementia changes the lives of so many people and their families around the globe, scientists still have not found out exactly what causes the conditions that fall into this category.

However, the high number of people living with a form of dementia has rendered dementia research a worldwide priority. As a result, we now have a good idea of what risk factors may contribute to its development.

Some of these factors are lifestyle-related and, as such, modifiable. Therefore, with adequate information, people may be able to learn how to adapt their lifestyle to become healthier and lower their risk of developing various health conditions, including dementia.

Earlier this week, the World Health Organization (WHO) published a new set of guidelines — downloadable from their website — that seek to advise governments, policymakers, and healthcare providers on how best to tackle dementia prevention.

These guidelines review existing evidence on the most significant lifestyle-related risk factors for dementia and take each of these factors into account when issuing recommendations for prevention.

The authors aimed the recommendations at healthcare providers worldwide, but they hope that the guidelines will present a reliable source of information for governmental organizations too, helping them draft better prevention and care policies.

“In the next 30 years, the number of people with dementia is expected to triple,” warns the WHO Director-General Dr. Tedros Adhanom Ghebreyesus.

“We need to do everything we can to reduce our risk of dementia. The scientific evidence gathered for these guidelines confirm what we have suspected for some time, that what is good for our heart, is also good for our brain,” Dr. Ghebreyesus adds.

In their new guidelines, the WHO evaluate 12 possible risk factors for dementia and offer advice on how to address each of them.

While the WHO used the guidelines primarily to issue recommendations on how to address each of these potential factors, they also considered whether there is sufficient, strong evidence that tackling these risk factors can help stave off dementia.

In doing so, they found that there is moderate evidence in support of the notion that being more physically active and following a Mediterranean-style diet can play a protective role against cognitive decline. The same goes for cutting down alcohol consumption.

Currently, there is insufficient evidence that engaging in more social activities, taking antidepressants, or wearing hearing aids can reduce the risk of dementia. However, the WHO emphasize that being socially involved, adequately treating depression, and managing hearing loss are, nevertheless, important.

“The existence of potentially modifiable risk factors means that prevention of dementia is possible through a public health approach, including the implementation of key interventions that delay or slow cognitive decline or dementia,” the official WHO document maintains, explaining that the organization’s action plan for improving global health outcomes lists dementia management as a top priority:

“The goal of the action plan is to improve the lives of people with dementia, their carers and families, while decreasing the impact of dementia on them as well as on communities and countries.” 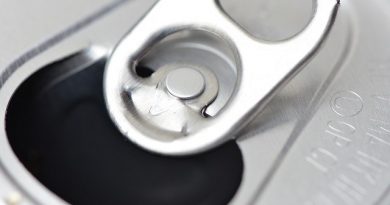